In this episode, Patricia and Kevin interview the author of the upcoming book Slimed! An Oral History of Nickelodeon's Golden Age Mathew Klickstein. In it, they discuss about the contents of the book, the Nickelodeon shows that almost had a feature film, how Nickelodeon was almost bankrupt,the changes Nickelodeon made to become the #1 kid's network, and Nickelodeon today.

Check out Mathew's links to find out the latest news of his upcoming book.

To buy the tickets to the event, go to 92y.org

Posted by Old School Lane at 8:08 AM No comments:

Hey guys, Patricia here. You might be wondering about where the Nickelodeon tribute is since I haven't posted a new review over the past month. Well, I've been busy with a lot of things. First and foremost, as some of you will probably know, Kevin and I are co-writing the Manic Expresssion movie script. We've been bouncing ideas between James and Some Jerk from Boston of what the final results would be. It's becoming great so far and we're hoping to get the script done around Christmas. Also, Kevin and I have been making up for our lack of articles with episodes of Casual Chats, Turtle Talk, and Nick Jukebox. We hope you've been enjoying them since it's become a huge stress relief for us to talk about some fun topics. We will be having 6 more episodes of Casual Chats until we complete our first season and we'll be taking a break to work on other topics for Season 2.

Another thing I want to bring up is that Kevin and I will be going to two book events on Friday, September 27 and Saturday, September 28. The one on Friday will be promoting the book Slimed! An Oral History of Nickelodeon's Golden Age by Mathew Klickstein. You probably remember our interview with him a while back. There will be many special guests over there from former Nickelodeon celebrities to writers and creators. It'll be a blast for any Nickelodeon fan. The one on Saturday will be promoting the book A Christmas Story: Behind the Scenes of a Holiday Classic by Caseen Gaines. You probably remember our interview with him a while back when he wrote his first book Inside Pee-wee's Playhouse: The Untold Story of a Pop Culture Phenomenon. A few of the actors from the movie will also appear there. If any of you are in the Manhattan area and are going to any of these events, come by and say hello to us! 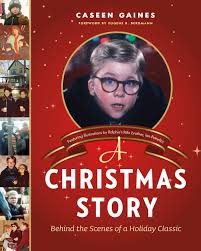 Plus, I'm also an admin for the Re-Open Nickelodeon Studios in Orlando, FL Facebook Page and I host, edit, and produce their podcast series monthly, I help Comic Book Cast co-host Ben with his series Childhood Throwback reviewing movies from his childhood, and I've been looking for a job. All of those things combined with watching movies and TV shows for the Nickelodeon tribute left me burned out. I needed a break from writing articles. However, I'll be back doing it real soon since I want to do other projects other than Nickelodeon shows. So please be patient.

Plus, I've been feeling very low lately. I've let a lot of people down with delayed audio tracks needed for Podcast Plays, not feeling that I do enough for how the movie is progressing, and the fact that I'm almost 30, completely broke, unemployed, and still living with my parents. Recently, an old co-worker that I knew from college had his first son. He wasn't the first one since most of them since our graduation have either gotten great careers, married, and some even have children while I'm still left behind. However, hopefully things start getting better.

Anywho, that's what's been going on. Thanks for once again being there for me, everyone. Love you all. See you guys around.

-Patricia
Posted by Old School Lane at 5:42 PM No comments:

In this episode of Casual Chats, Patricia interviews video game reviewer/It's Tail Time website founder Gexup discussing about his YouTube series, finding the website, and his final projects before leaving to pursue in personal goals.

Posted by Old School Lane at 7:12 AM No comments:

In this episode of Casual Chats, Patricia and Kevin discusses about the He-Man franchise in honor of its 30th anniversary.

Posted by Old School Lane at 1:44 PM No comments:

In this episode of Turtle Talk, Patricia and Kevin discus about all the TMNT movies from the original trilogy from the 90's, the 2007 CGI TMNT movie, and the 2009 TV movie Turtles Forever. In the mix, special guests BigBlackHatMan, TheOtherDude92, The Man with No Chin, and Chilton from Manic Expression come on board and discuss their opinions of the movies. Mostly get of topic, but still talk about the TMNT movies, nonetheless.

Posted by Old School Lane at 10:34 AM No comments: