Hey everyone, Patricia here. Summer is officially over for me, yet I've been super preoccupied with school with my classes, school projects, and other activities. Because of COVID-19, I have to take my classes online at home so that I don't get myself or my family sick if I run into a student or a teacher who has it. As of right now, I'm in my junior year of college taking five classes, with one of them being my minor which is entrepreneurship/business. That has been taking a lot of time out of my life to focus on getting these assignments done. I only need two more years until I get my Bachelor's Degree and hopefully have a chance to better my life with better opportunities. But I always worry that I will graduate and find out that there are no jobs available. When I first graduated in 2008, The Great Recession happened and I ended up working in dead-end temporary jobs or spend most of my days in the unemployment office getting seminars on how to present yourself in interviews and how to create your resume. With COVID-19 occurring with millions of people out of work and businesses shutting down, I fear that I would go through it all over again over 15 years later. I have some hopes that things will be okay, but I'm still not sure. Nonetheless, I've come this far and I wish to continue until I completed everything. With that said, I want to also give an update on my YouTube channel on how things are going since I posted my update blog back in June. Click here to check it out. So, I hadn't posted a video in months because of my schedule and I had been too busy with getting a hold of people to interview for my podcast. So my friend and Manic Expression colleague Liam Higgins stepped in to help and has helped me bring some amazing people to Casual Chats that I never would've contacted otherwise. Without him, Casual Chats wouldn't have continued due to not having time to get a few people together to talk about a topic. I even still have some episodes of Casual Chats that I recorded months ago that I haven't edited it due to being so busy. With that said, Liam and I will continue to collaborate on getting more amazing guests on the show for your enjoyment.

Then there's the comeback of In Search of the Crystal Skull that Arun and I did back in March talking about the 2020 Sonic the Hedgehog movie with two new episodes: Mrs. Doubtfire and The Mask. Because COVID-19 had delayed The Croods 2 and Soul until late this year, PixMix and DreamMachine has halted. The same thing happened to Roald Dahl's The Witches in which that was suppose to come out this October, but was delayed until next year. Arun and I are on track on The Roald Dahl Retrospective where we recently talked about Fantastic Mr. Fox with Eli "TheHeroOfTomorrow" Stone. We only have three movies to talk about until we go over the best and worst Roald Dahl adaptations which will come out at the end of the year. And yes, we will have you vote on your favorites and least favorites as well, but we'll go over that much later on. So, despite my super busy schedule, I'm still posting content on this channel and not leaving it dead without anything for months. 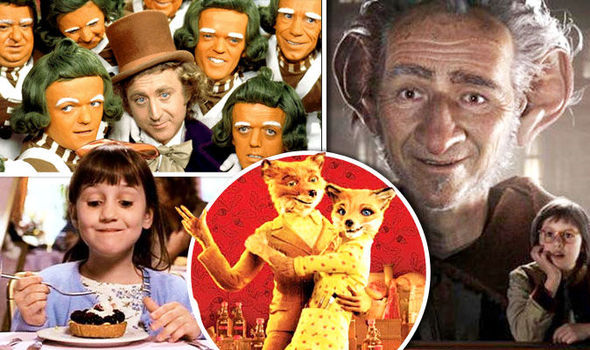 But man, if there was ever a severe low point that I noticed on my subscribers and views, 2020 might be my worst year yet. Back in June, I also posted on my update blog post that my views and subscribers have gotten lower and lower since I deviated from my usual discussions and interviews of people who had worked on Nickelodeon and wanted to do something different to freshen up the podcast which I had feared had gotten stale. I had posted the newest podcast episodes' analytics and saw that the views were hitting the minimum numbers and that I had gained no subscribers. Since then, it has only gotten worse. 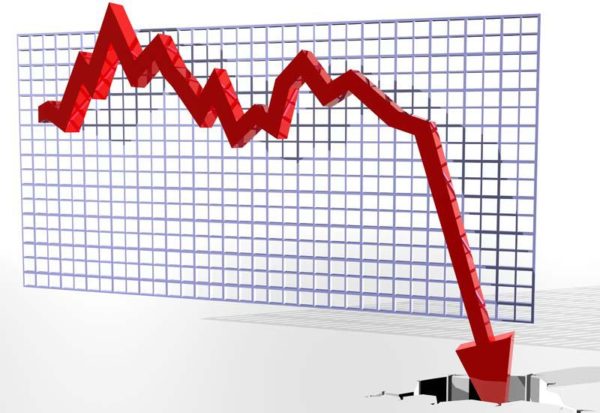 First, there was the Hamilton podcast that Arun and I did in honor of the play being released on Disney+. We actually saw the play live around March during my spring break from school where Arun and I spent a whole week together in Florida doing many activities together in Orlando, St. Augustine, Boca Raton, Deerfield Beach, and Miami with our last activity was going to see the play, going to a Peruvian restaurant called Ceviche, and then walking around the Miami Bayside Marketplace. We loved the play and thought it would be great if we shared our thoughts on it. Sadly, as of the posting of this blog post, it only has 143 views and 0 subscribers gained.

Then, there were the interviews with actors Eric Roberts and Niketa Calame and actor/musician Blake "ShadyVox" Swift. I can understand the low views of both Eric and Niketa despite Liam and I having a great job interviewing them. With Eric, I had to limit my viewers 18 and up due to him promoting a device that helps men with erectile dysfunction. As for Niketa, most people wouldn't know who she is other than playing Young Nala in the 1994 version of The Lion King. Because of that, 2 subscribers were gone. As for Blake, it only had gotten 175 views despite getting more likes and more comments. I'm very happy to get a hold of someone whose work I've enjoyed for over a decade. But sadly, it seems that most people didn't feel the same way. 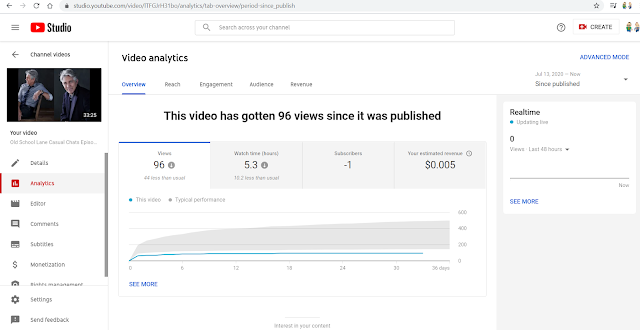 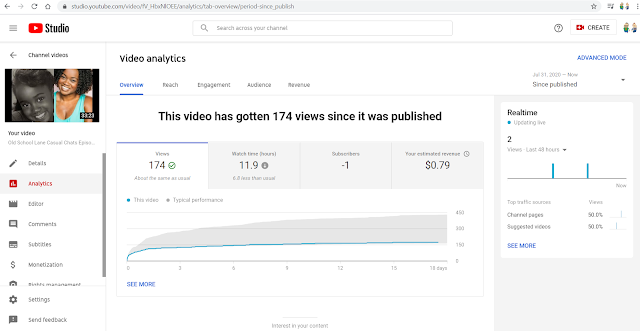 The podcast episodes that had gotten the most views recently, unsurprisingly, were the Casual Chats episode of Dora and the Lost City of Gold and Charlie and the Chocolate Factory for the Roald Dahl Retrospective. With Dora, it's a Nickelodeon property, which a lot of people tune into since that's what I've been known for talking about for almost a decade. As for Charlie, it was the 15th anniversary of the movie's premiere. But the channel still lost 2 subscribers from it, so maybe they didn't like Arun and I's defense for the film, I don't know. 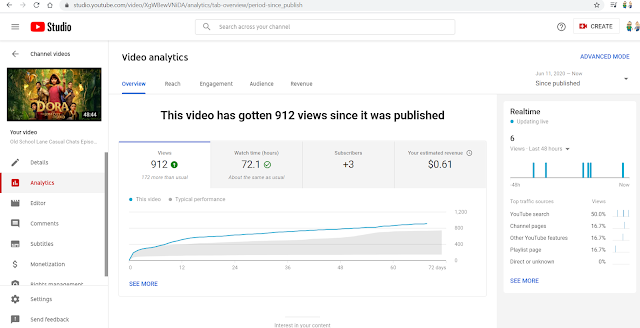 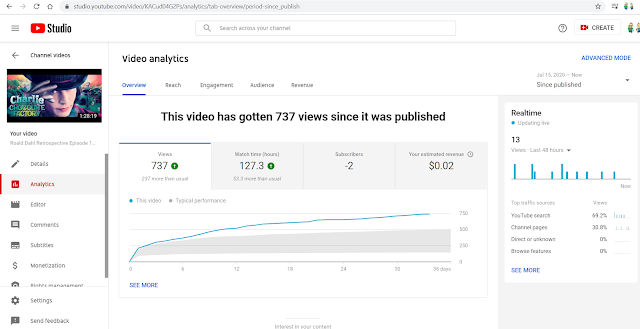 I remember when I interviewed Mathew Klickstein, the author of Slimed! An Oral History of Nickelodeon's Golden Age on Casual Chats back in 2013 and we were talking about how Nickelodeon had changed so much compared to its more beloved era during the late 80's and 90's. He had said "It's like when you're a kid and you go to your favorite Italian restaurant. But then you go back to the same building 20 years later and it's now serving Chinese food". So, I wonder to all my listeners of the podcasts and followers on the YouTube channel? Have I become Chinese food? Have I gotten to the point in which, despite me not wanting to go stale on my content posting the same topics over and over and over again, you wanted that same content all along and haven't been committed to the new stuff? I even did a poll on my social media pages noticing that the premiere views were getting no viewers and the majority of you stated was because you didn't care about the topic or person I was talking to. I know some people are going to say "Don't worry about what people say, do what you like to do." I agree, but I also want to keep my listeners and viewers happy as well. Kevin and I did Old School Lane back in 2011 because we wanted to talk about our favorite shows and movies from our childhoods during a time in which the country was going through The Great Recession and we were going through our own personal struggles. We needed an escape and so did a lot of other people, so we decided to post our discussions based on things we liked. I want to continue doing that. But maybe, people aren't into that anymore?

The content creation game has changed so many times over the years from doing let's plays to ranting reviews to reactions to things to analytical discussions to clickbait-y topics to cooking videos to livestreams, it's hard to keep up. Maybe what I'm doing isn't working because I've fallen so behind the times and other fantastic content creators like Rebeltaxi, Saberspark, CellSpex, ToonrificTariq, Pop Arena, and others are doing similar things that I was doing more consistently and with better editing skills. In reality, I don't know what to do anymore. As I'm writing this, I may consider 2021 to be the last year for Old School Lane and maybe pursue in other things. I do have a handful of projects I want to complete and afterwards, I may need to focus on what's really important. Kevin quit Old School Lane a long time ago to focus on his career and get married. Maybe I should do the same and move on. We'll see.

But for now, the 150th episode of Casual Chats is approaching and I'm allowing YOU to choose a topic for me to cover. Let me know in the comments below on what you would like to hear. Thank you so much for reading this long post. I do appreciate it. Hope to see you around Old School Lane soon.