Hey everyone, Patricia here. It's been a very, very long while since I posted something on this blog site. Sorry about that. It's been a hectic summer. But I will update it again soon with some backlog podcasts and videos. In the meantime, I will talk about my experience with my first convention in Alabama called Hamacon. It was a very small convention compared to the massive ones I attended in Florida, but I still had a blast experiencing a group of like minded people gathering together with their love of anime, video games, and comic books. Here are some of the people I met at the con. 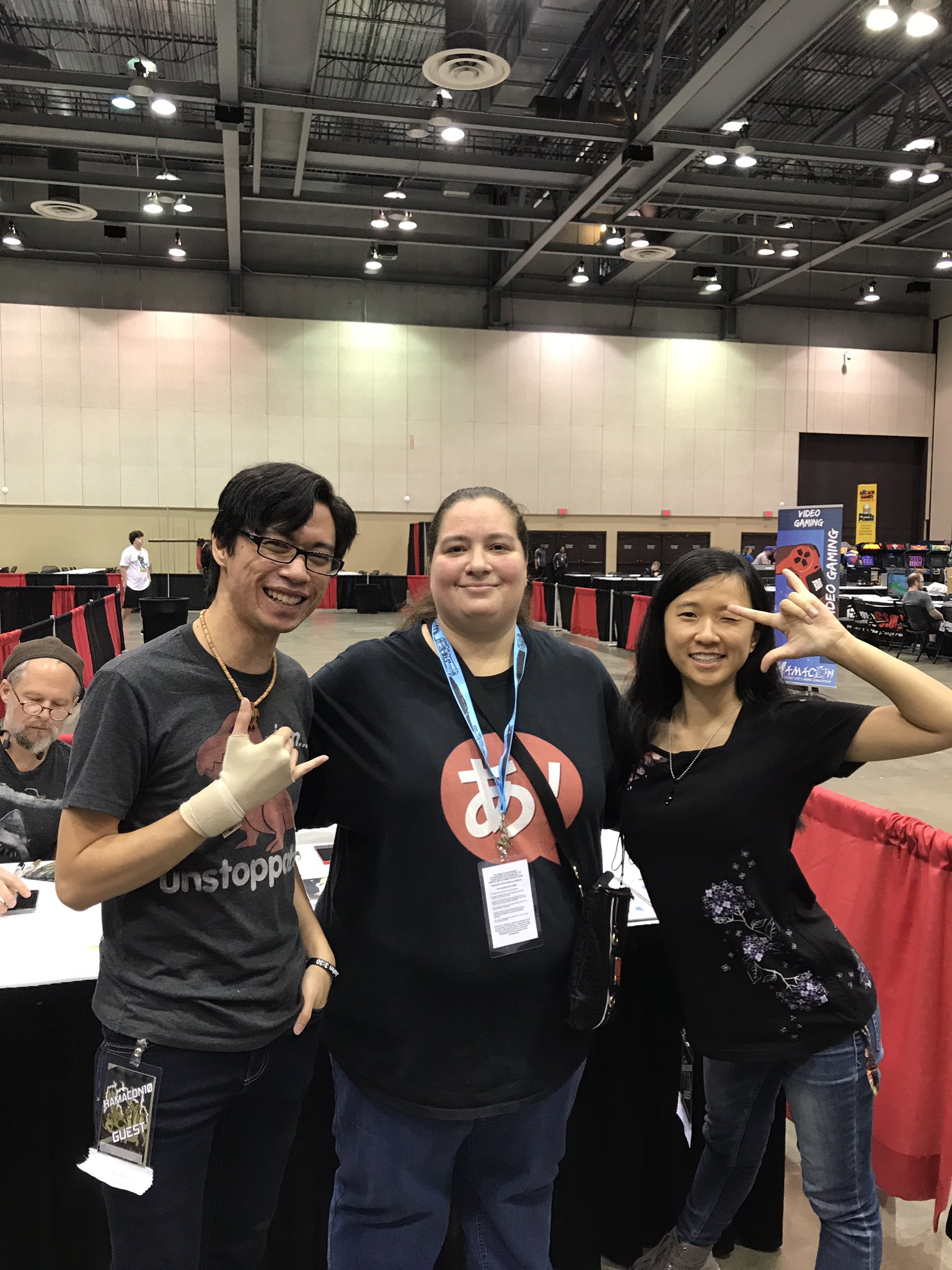 Micah and Apphia are voice actors who have worked in many anime and video games. Micah is well known for his portrayals as Soul from Soul Eater, Midnight from Black Butler, Gakushu from Assassination Classroom, Tagoma from Dragon Ball Super, Yuri from Yuri on Ice, and many more. Apphia is known for her portrayals as Maki from Dragon Ball Super, Laki from Fairy Tail, Hat Kid from A Hat in Time, and many more. They were really nice and complimented my Azumanga Daioh shirt saying that it was "pretty cool". I had gotten their autographs as well as the first issue of their graphic novel Ties that Bind. 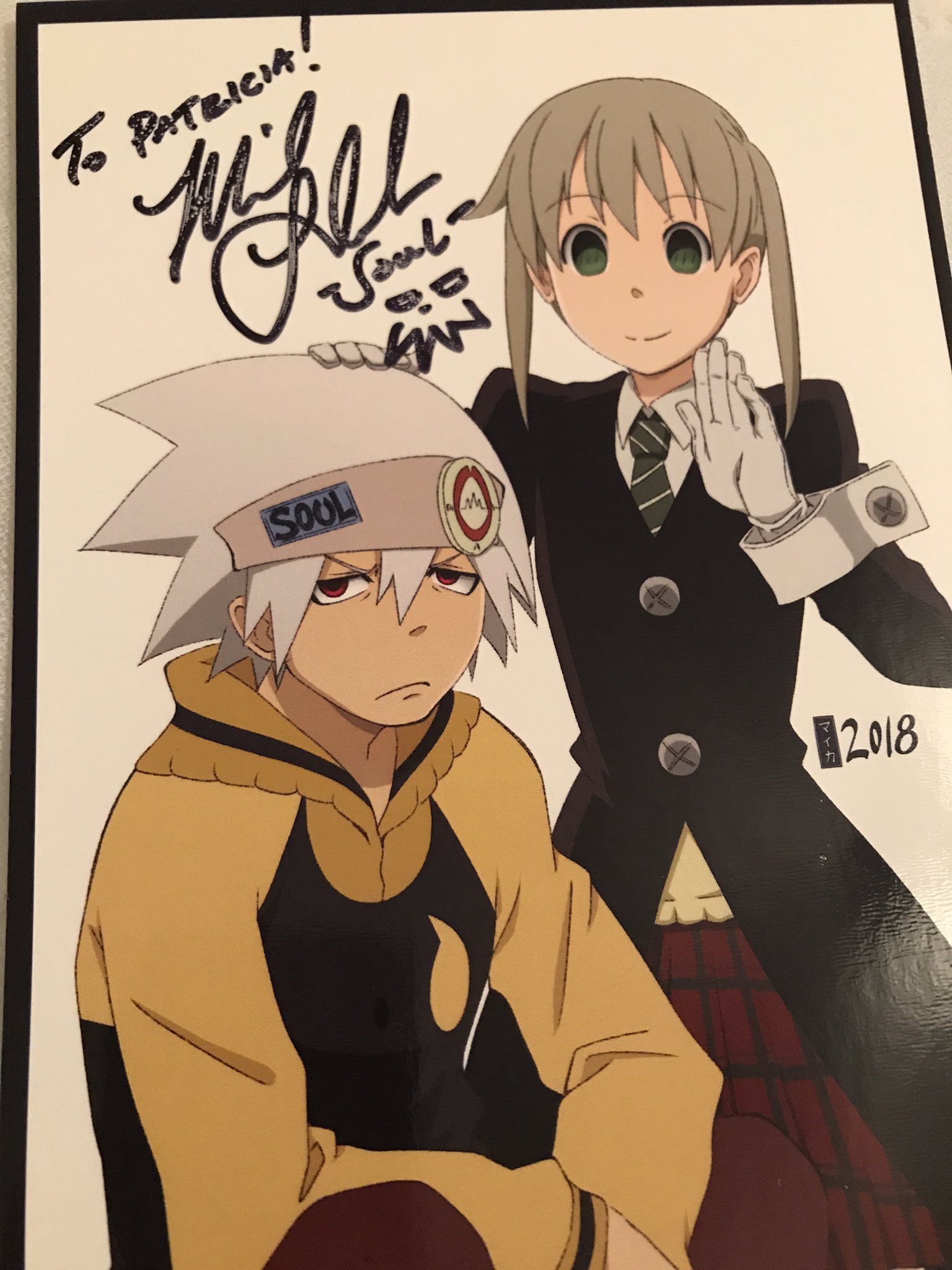 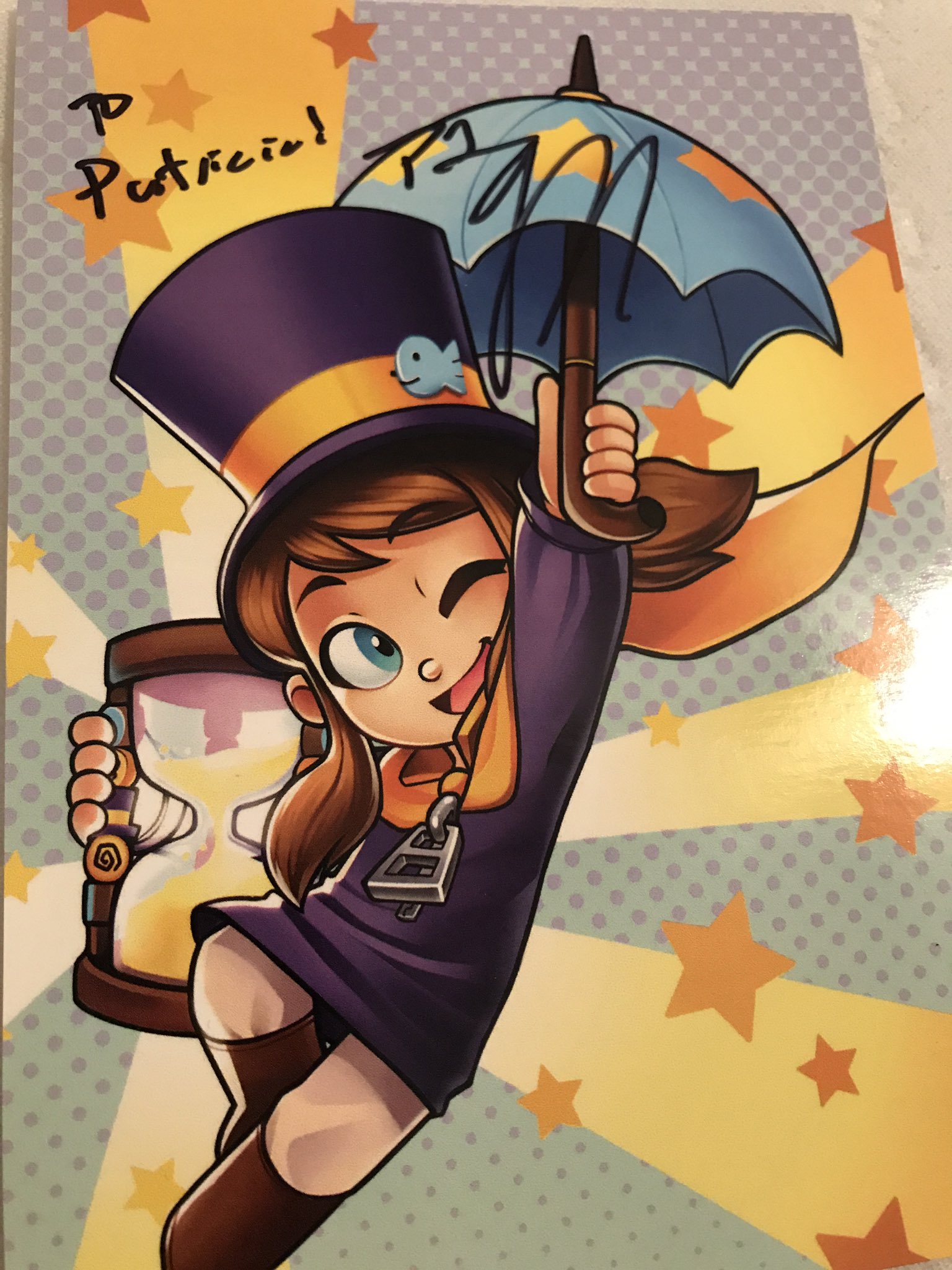 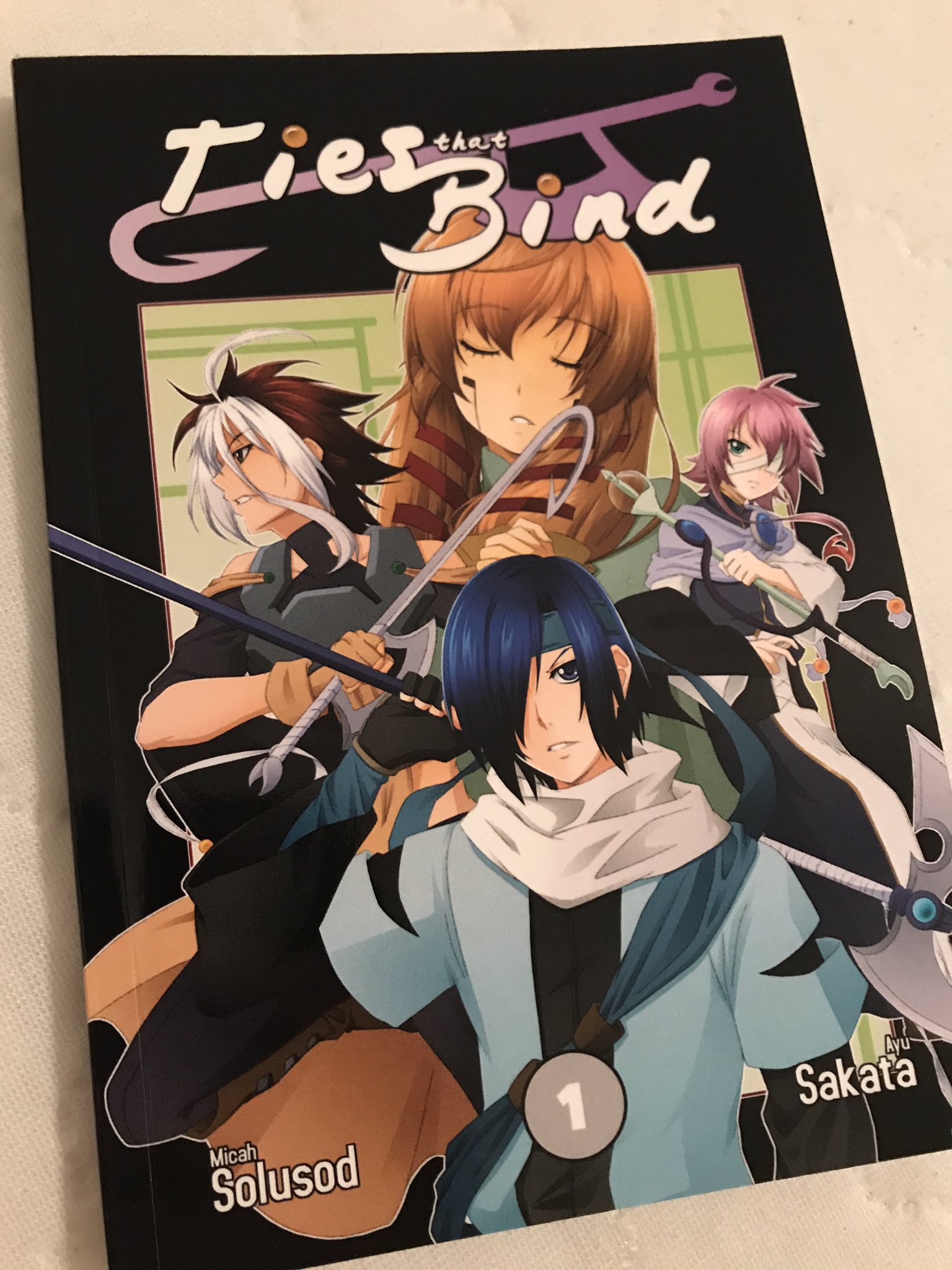 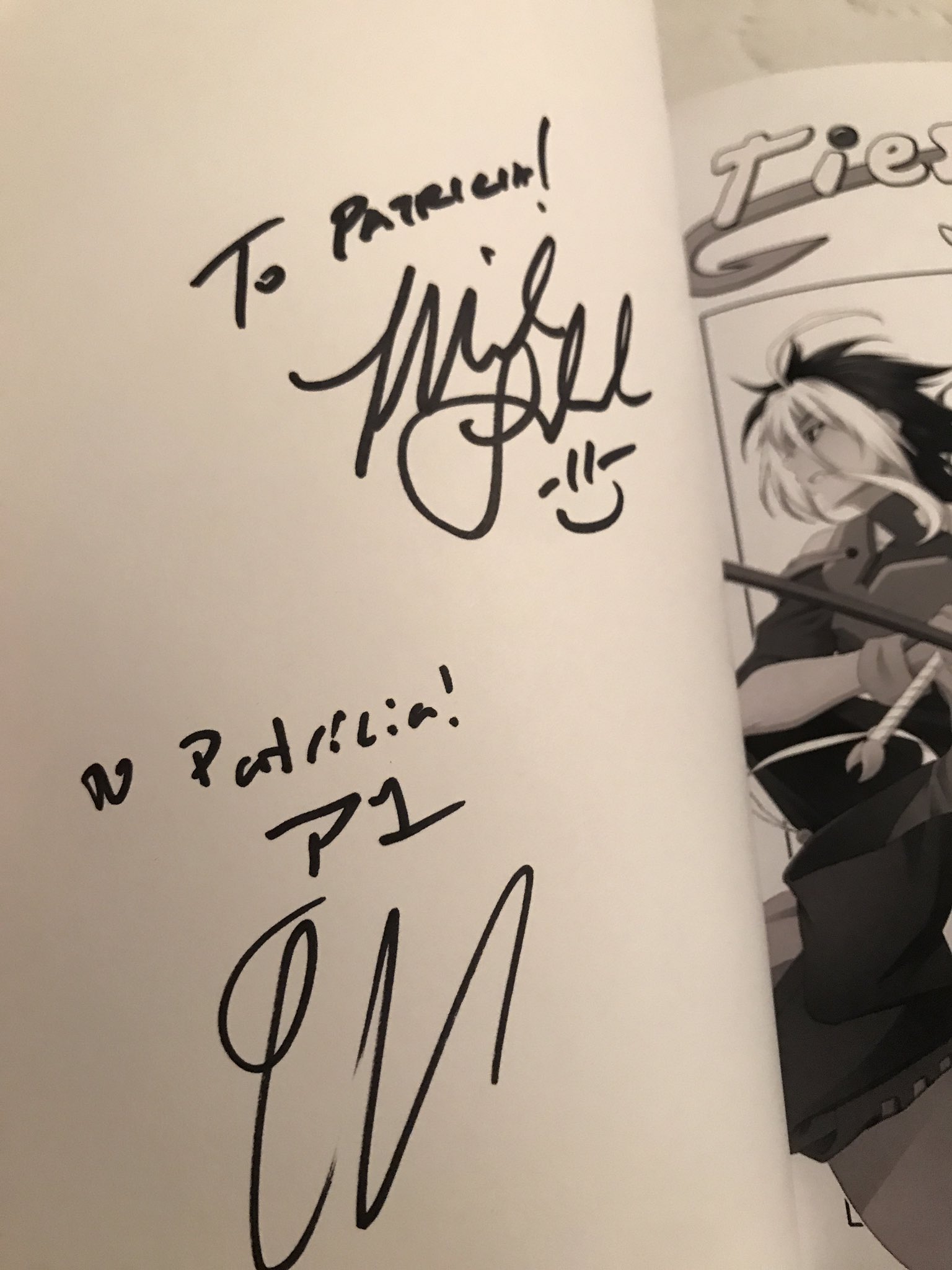 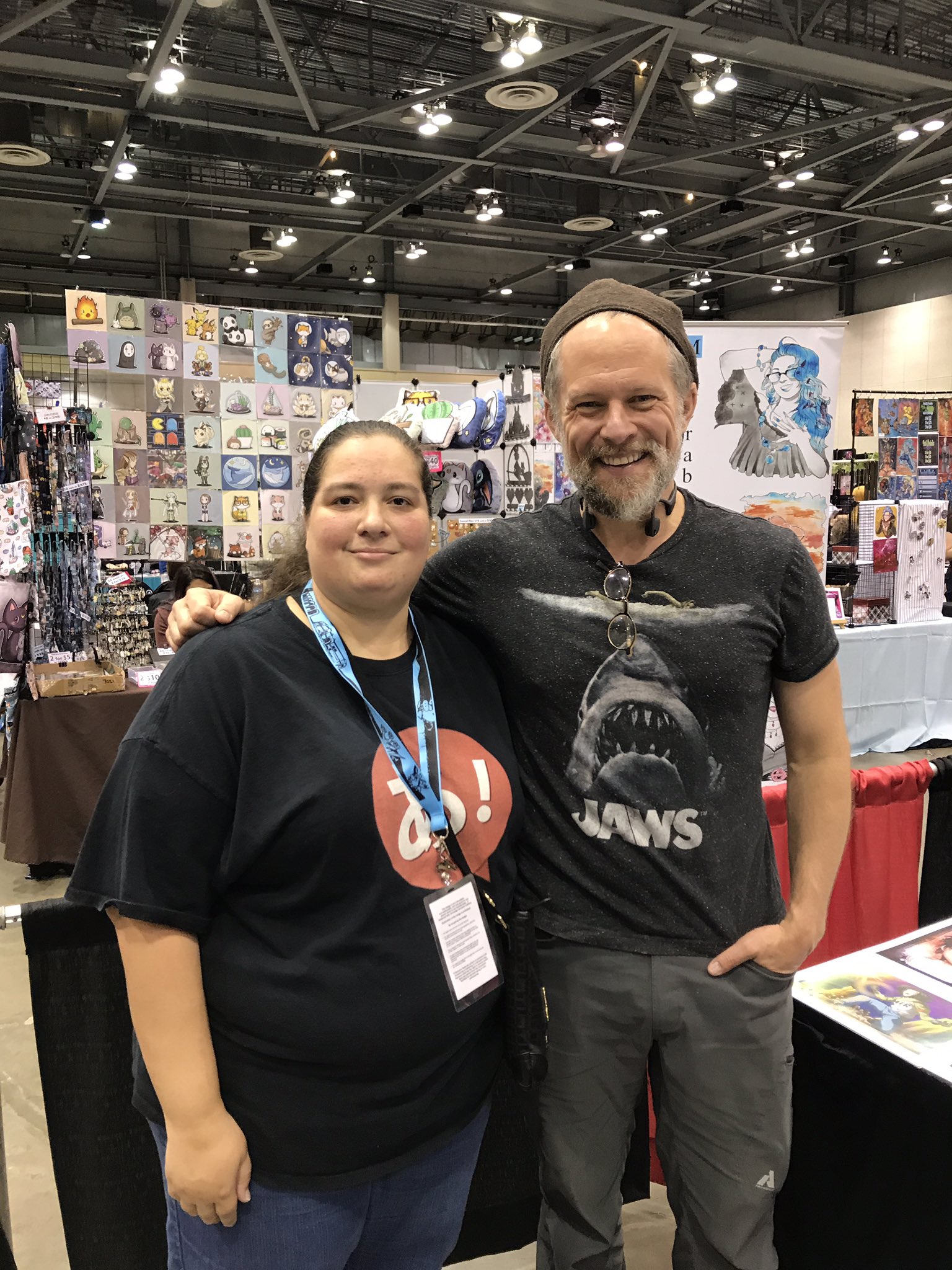 Chuck Huber is a voice actor very well known for his roles as Android 17 and Emperor Pilaf in Dragon Ball Z and Super, Hiei from Yu Yu Hakusho, Shou Tucker from Full Metal Alchemist, and many more. I had even got his autograph as Hiei, which was awesome. 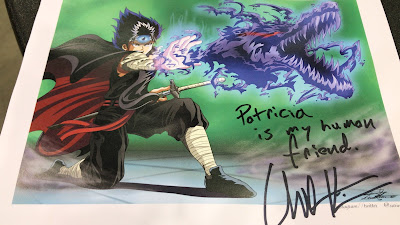 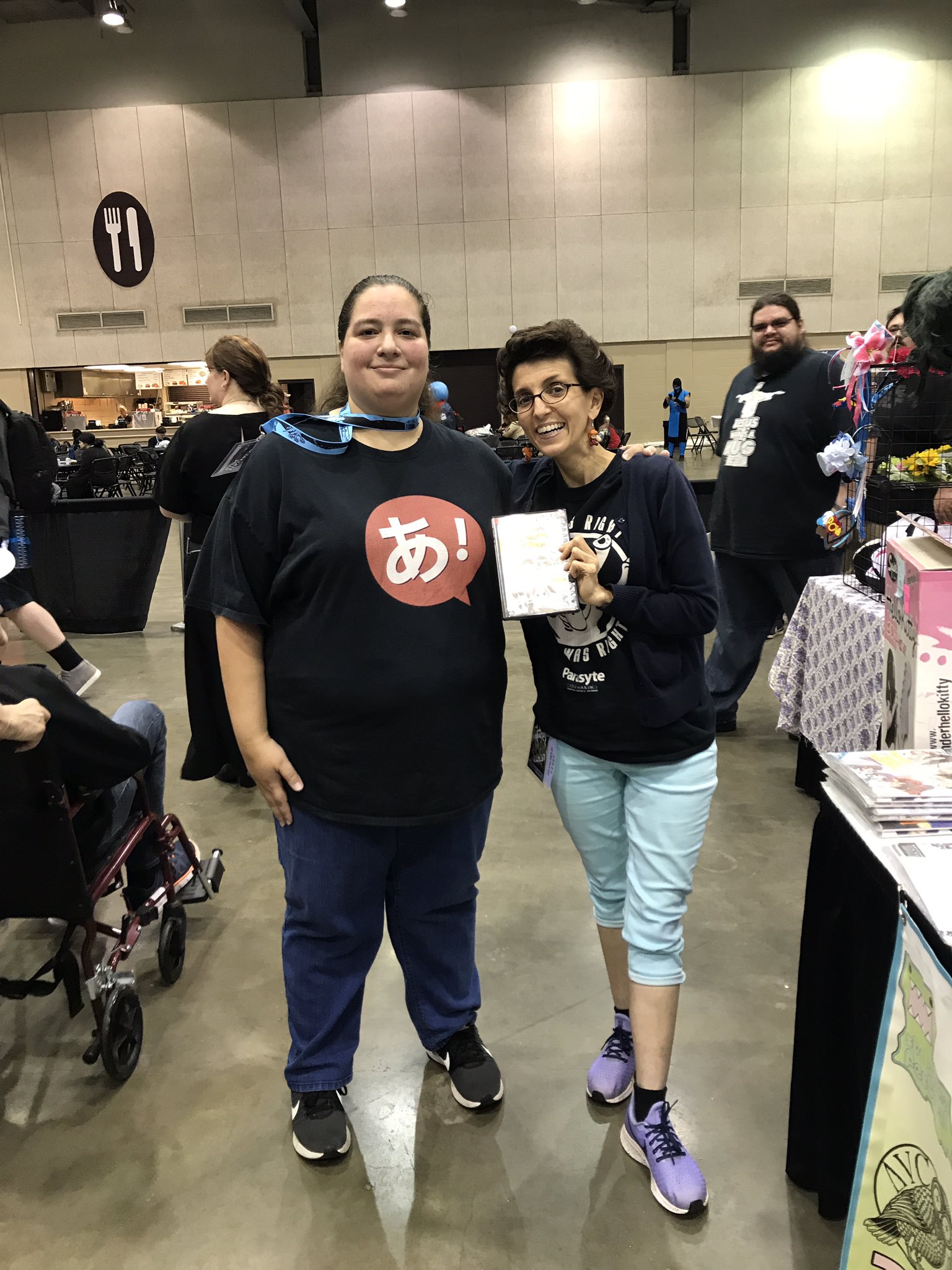 Tiffany Grant is a voice actress mostly known as the voice of Asuka from Neon Genesis: Evangelion. However, she has had many other roles such as Misaki in Excel Saga, Marta in Full Metal Alchemist, Nojiko in One Piece, and Kaorin in Azumanga Daioh. She had recognized my shirt and had even autographed my DVD. She was very sweet and talked about her enjoyment of voicing a minor character of my favorite Japanese slice of life anime of all time. 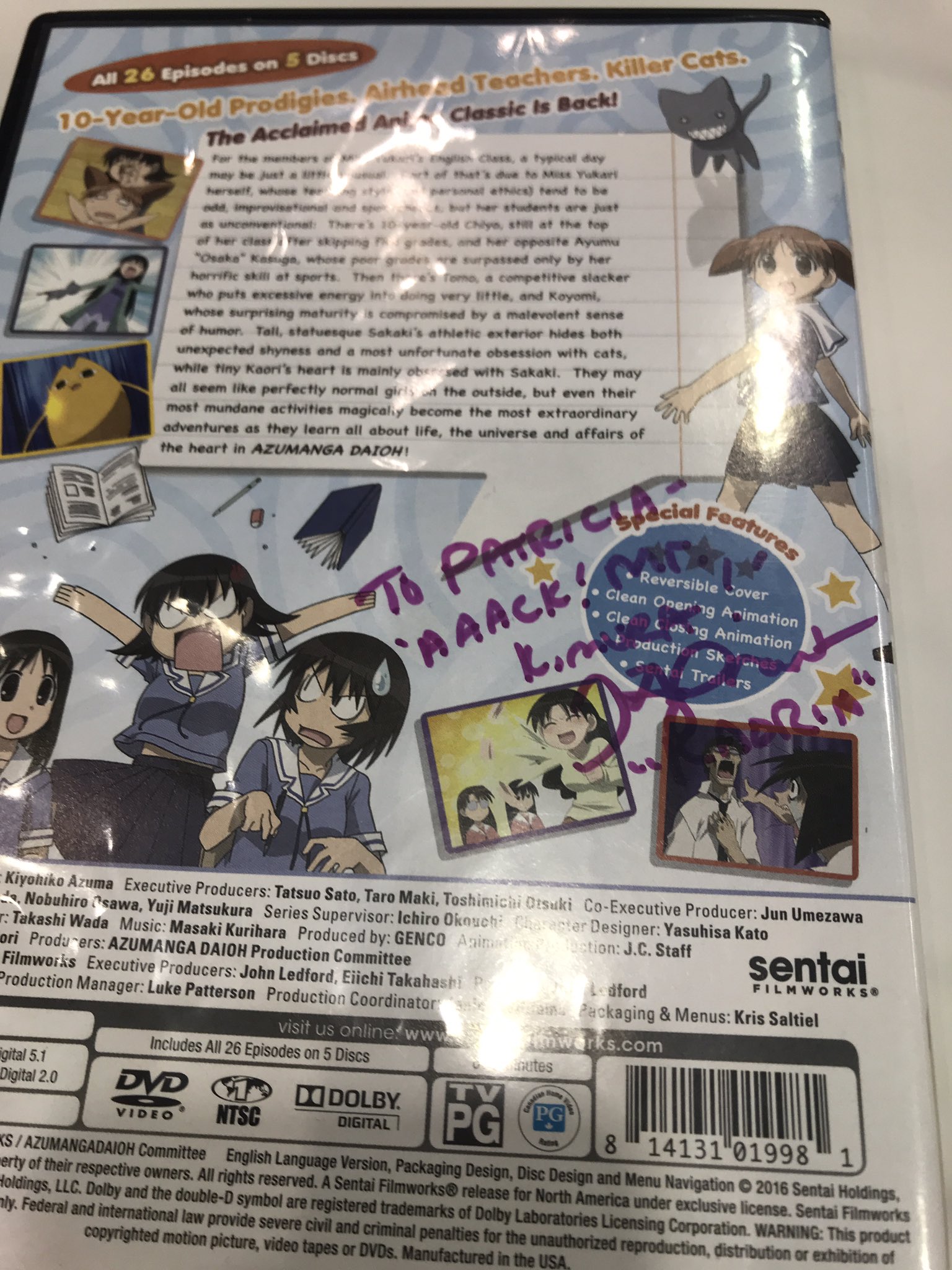 Other fun things I did in the convention was playing Cards Against Humanity with 10 people coming up with hilarious, yet wrong answers to make people uncomfortable yet laugh, a few panels with the voice actors, played a few video games, played some classic arcade games courtesy of Pints & Pixels, and looked at the amazing art work and merchandise available at the artist's alley tables. One of my favorite moments in the convention was seeing a Pikachu parade led by a T-rex. Yes. It's as awesome as it sounds.

Just when I thought that I found a new convention to go to yearly, I had found out that my first Hamacon was going to be my last. The people behind the convention had decided to conclude it due to burnout, being busy with other projects, and more. It's sad because I had a great time despite the convention being small. It's true that there are other conventions around the Alabama area. Too bad that the nearest convention is in Birmingham, which is an hour and a half away from where I live. But that's okay because next year's event, Kami-Con, is the state's biggest convention and has some awesome events and guests. Maybe I'll try again with getting a panel since my last attempt failed. We'll see.

That's it for now. I'll be updating this blog site and announce some new stuff to come. Until then, hope to see you around Old School Lane soon.

Posted by Old School Lane at 9:22 PM No comments: