Nickelodeon's ratings have been dropping even lower and lower over the past few months. The live action shows such as Make-It-Pop, The Thundermans, Henry Danger, and The Haunted Hathaways have dropped to barely a million viewers. Harvey Beaks, while receiving decent views and reviews, hasn't been advertised as much as SpongeBob SquarePants, Sanjay and Craig, and Breadwinners. React to That, a TV series based on a web show, was cancelled in less than a month and showcasing that Nickelodeon's constant trying of bringing the Internet to their channel such as The Fred Show, AwesomenessTV, and Web Heads isn't working. People have been constantly ranting of Nickelodeon releasing failure after failure or quit watching the network all together in favor of Cartoon Network. The question I've been asking myself lately is: can Nickelodeon be saved? Is it too late for them to make a huge 180 degrees from where they once were back in the late 80's and 90's? 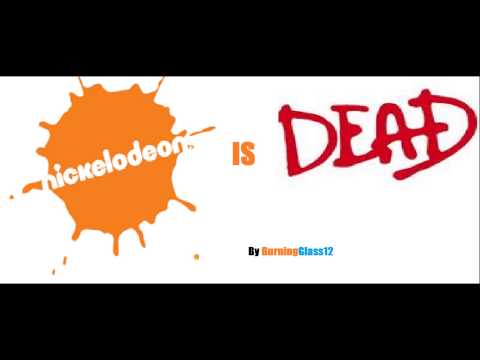 If you recall from the end of the book "Slimed: An Oral History of Nickelodeon's Golden Age" by Mathew Klickstein and the Nick Debates episode "When Nickelodeon Went Downhill?", most of the people who were involved in the golden era of Nickelodeon left around the late 90's due to them seeing the changes that the network was going through when they started to make more money and became more business oriented. There's a reason why people fondly remember the shows that aired around the early 90's such as the 3 original Nicktoons, Clarissa Explains it All, The Adventures of Pete & Pete, Are You Afraid of the Dark?, All That, and the earlier Nickelodeon game shows as oppose to the shows in the later 90's such as 100 Deeds for Eddie McDowd, Cousin Skeeter, The Mystery Files of Shelby Woo, and You're On!. Back then, the creators and writers were able to work around the limitations and thought outside the box to make shows that both kids and adults could watch together. Shows that Nickelodeon are releasing today are focusing on today's kids and no one else. But even today's kids aren't impressed enough to stick around to the programs that Nickelodeon is showcasing due to the ideas being uncreative and dumbed down. The man in charge of choosing the content once said that today's kids don't want last generation's "leftovers", but the kids are discovering Rugrats, Hey Arnold!, The Adventures of Pete & Pete, Invader Zim, and more because it's still timeless. The unpolished, low budget charm that Nickelodeon was once known for was gone and in place, the former #1 kids' network is more refined and safe releasing uninspired and tired ideas.

But maybe we shouldn't turn to Nickelodeon to improve their content. The former Nickelodeon employees are starting to continue their work in other ways or creating spiritual successors.  John Kricfalusi, the creator of The Ren & Stimpy Show, did a Kickstarter for his cartoon Cans without Labels. The creators of Nick Arcade and the host Phil Moore is Kickstarting a spiritual successor to Nick Arcade called enthlevel. Mitchell Kriegman, the creator of Clarissa Explains it All, is writing a sequel to the show called Things I Can't Explain. Marc Summers travels around to numerous places and does Double Dare game shows from time to time becoming huge successful events. But is it enough? Probably not,but it's a start. If you're a gamer, you've probably heard of the small indie game companies who create games that homages classic NES or SNES games such as Shovel Knight, Axiom Verge, BlackHole, Dust: An Elysian Tale, and more becoming instant classics as oppose to the AAA titles released by the bigger gaming companies such as Ubisoft, EA, and even Nintendo. 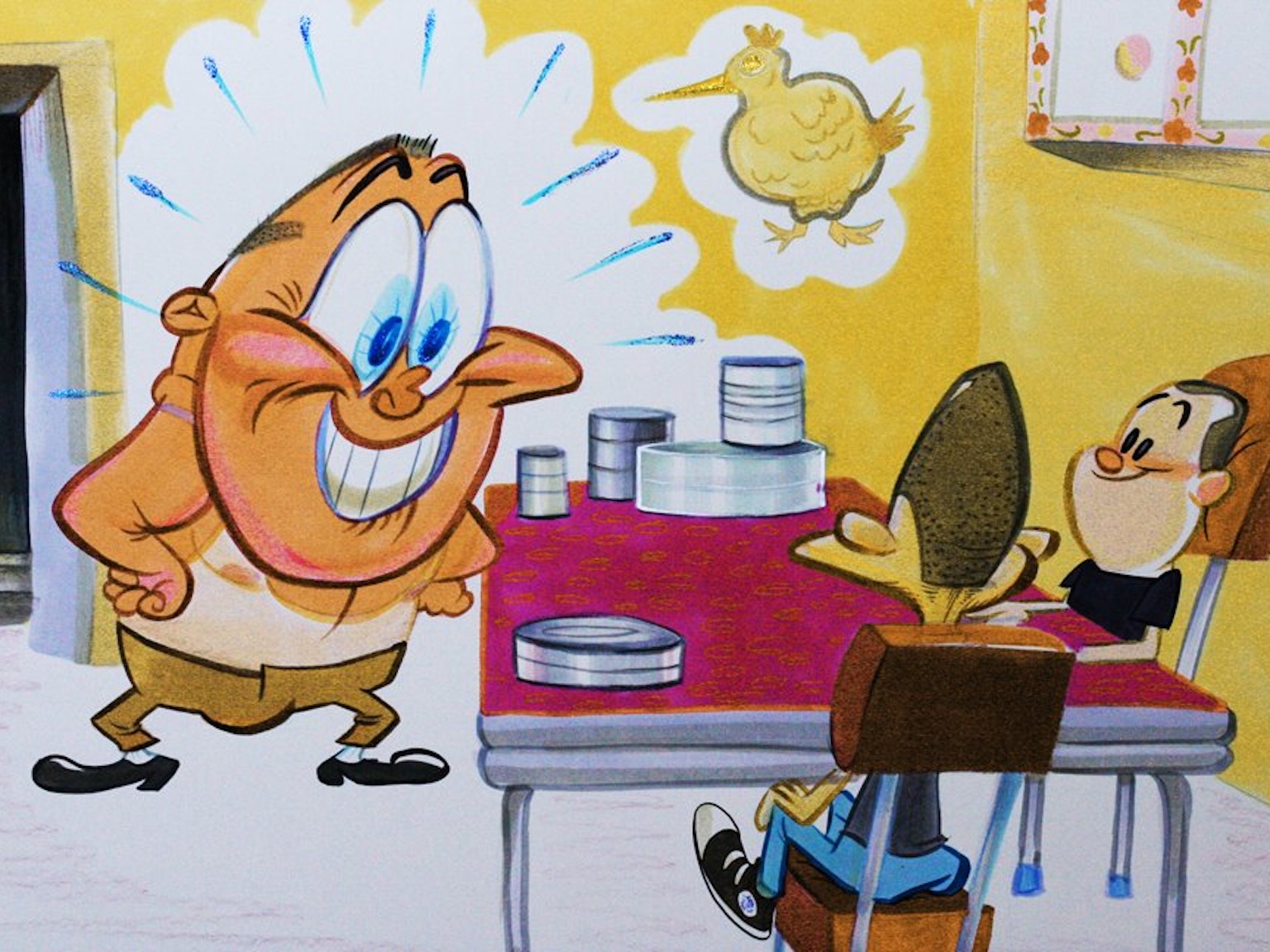 The second thing that I've been thinking of wanting to see, I know that this will never happen, but I hope that the majority of the people who formally worked on Nickelodeon such as Geraldine Laybourne, Vanessa Coffey, Mary Harrington, Fred Seibert, Alan Goodman, Will McRobb, Chris Viscardi, Jim Jinkins, Mitchell Kriegman, Marc Summers, and many more can reunite together and start a brand new small company, either for television or online, and create brand new content or hire people who grew up with Nickelodeon back in its golden era to create said content. This might sound crazy or impossible, but hear me out. Former members of the video game company RareWare created a new company called Playtonic Games released a new KickStarter campaign of a spiritual successor to Banjo-Kazooie called Yooka-Laylee after being told that no one cared about 3D platformers anymore only to hit their goal in less than 40 minutes. Keiji Inafune, the father of Mega Man, left Capcom to start a new company called Comcept. After he left, Capcom left Mega Man in the sideline cancelling two games. Then Inafune did a Kickstarter doing a spiritual successor called Mighty No 9 and raising over $2 million dollars. Koji Igarashi, the director of Castlevania: Symphony of the Night, did a Kickstarter on a spiritual successor of that game called Bloodstained: Ritual of the Night and hit their goal after a few hours. I don't know what if they still keep in touch or how their relationship is like, but when Kevin and I went to the Slimed! book event a few years ago, they seem to still get along very well. It would be great if some of them reunited again to do this. 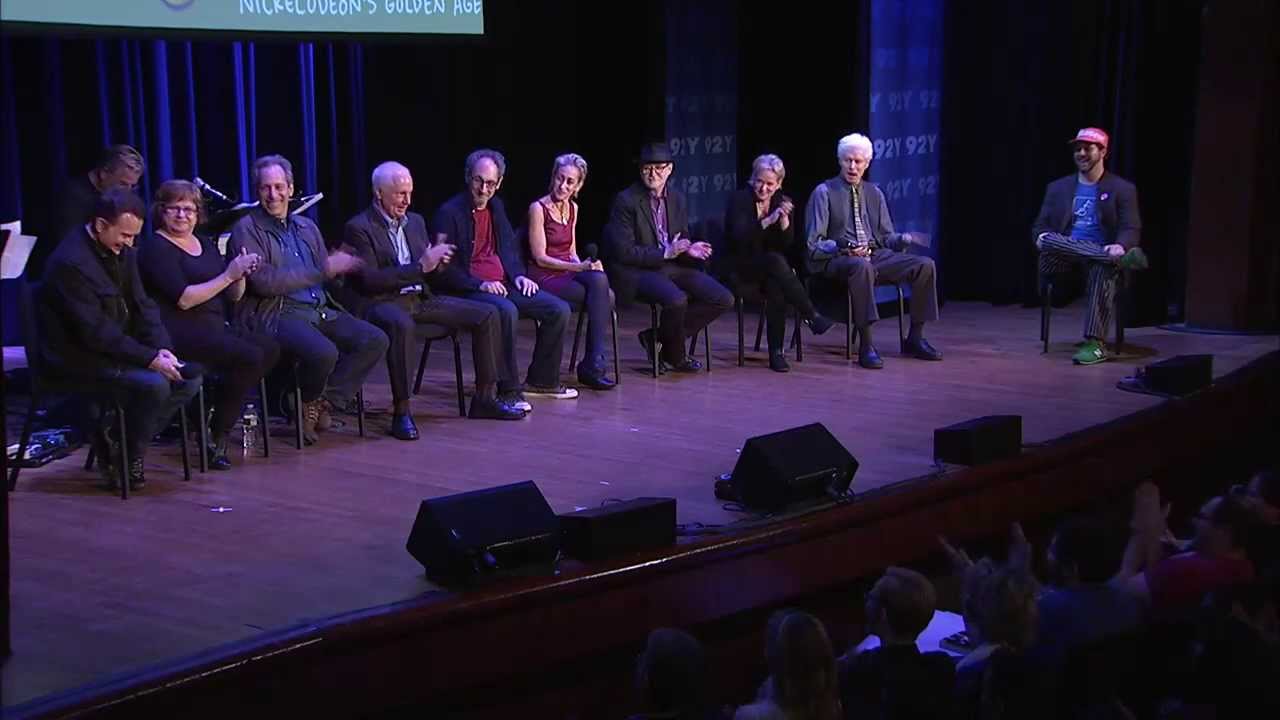 If Nickelodeon is not willing to change for the better, then we can! We remember what made Nickelodeon great and hopefully someday, we can take notes on what the indie game developers have done and rebuilt from the ground up a network that Nickelodeon once was. We'll create new content, we'll do new contests for kids to win prizes, we'll create a new logo with new interstitials, we'll listen to the viewers and take advice on their criticism and improve on our faults, and hopefully our hard work will make a network that people can be excited to see for many years to come.

What do you think? Do you think that these ideas are too farfetched? Or maybe it's crazy enough to be plausible? Post in the comments below. Hope to see you around Old School Lane soon.