As we've been seeing over the last few reviews, almost every single Nickelodeon show around the late 2000's had been very mediocre or absolutely terrible. With the exception of Avatar: The Last Airbender, no other new shows could live up to the new expectations of Nickelodeon shows. So they decided to debut a new show with a new style of animation that had became more popular over the years: flash animation. Flash animation was out since the 90's and was at the time mostly used for webseries. The very first one was done by The Ren & Stimpy Show creator John Kricfalusi with his Flash cartoon series The Goddamn George Liquor Program back in 1997. The show is about a young 13-year-old boy named Manny Rivera who lives in a crime infested city in Mexico called Miracle City with his family consisting of his mother Maria, his superhero father White Pantera, and his evil villain grandfather Puma Loco. Manny struggles with his decision of whether he wants to be a superhero or super villain since his father and grandfather tries to persuade him to choose. Until he decides, Manny dons the alterego of El Tigre and goes on various adventures alongside his best friend Frida Suarez. While Manny fights against many villains, he sometimes makes mistakes joining alongside them or does various pranks that lead him towards the path of being a villain mostly persuaded by Frida. At the end, Manny learns his lesson and tries to do things right.

The show was created by a married couple named Jorge Guiterrez and Sandra Equihua. Guiterrez had previously worked as a writer for shows such as Brandy and Mr. Whiskers and Maya and Miguel and a character designer on The Buzz on Maggie, ChalkZone, and Mucha Lucha! The inspiration of El Tigre: The Adventures of Manny Rivera was actually based on somewhat actual events of Guiterrez when looking back on his childhood in Mexico City as well as creating a Mexican superhero due to a lack on them in mainstream pop culture.


"My grandfather was a big military general and my father was an architect. When I was little, all my aunts and family friends would always say, "You're so much like your grandfather," or, "You're so much like your dad. What are you gonna be when you grow up? Are you gonna be an artist, or are you gonna be a general?" And that's where the dilemma of Manny being a superhero like his dad, or a supervillain like his grandfather, came from. And that's how I saw them, as a kid. I'd go to my dad's office, and he'd draw me whatever I asked him to draw, and it just seemed like he had superpowers. Same thing with my grandfather. I'd go visit him, and his office looked like a supervillain's lair, with all this crazy stuff in there. That's where all of that originated.
Manny's best friend is Frida, and she's based on Sandra, and Sandra's life. She's from a family of doctors, so her dad's a doctor, and her three sisters are all in medicine, and she was the black sheep of the family because she wanted to be an artist. And Frida, on the show, her whole family are police cadets, her dad's the chief of police, her mom's a judge, and she's this little troublemaker/rabble-rouser. And that's kind of the origin of the show", said Guiterrez in a 2008 interview with Animation World Network. 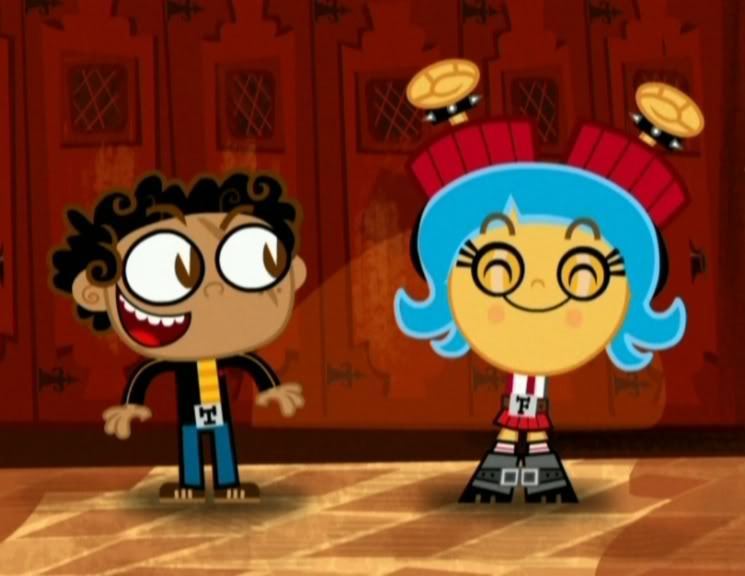 El Tigre: The Adventures of Manny Rivera had positive reviews from many critics calling it one of the best animated shows of 2007 and had won various Emmy and Annie Awards for animation. Despite this, the show had ended in its run on January 25, 2008 after 26 episodes. The final episode had Manny finally decided his fate on whether to be a superhero or villain thanks to viewers voting on nick.com. If Manny chose to be a hero, then he would defeat the villains. If Manny chose to be a villain, then he would have helped the villains conquer the world, but then betray them and rule the world by himself. In the end, the voters chose for Manny to be a hero. 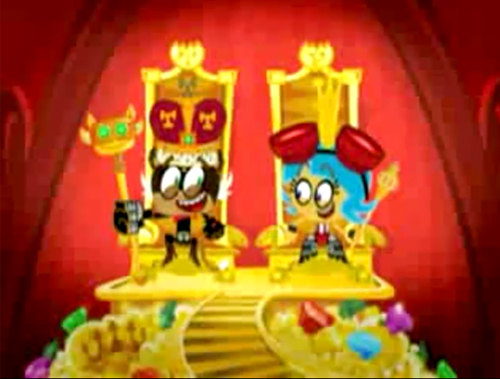 After the show's run ended, El Tigre: The Adventures of Manny Rivera was quickly forgotten. It came as fast as it went and the show has faded into obscurity. Looking back on the show again, I found it to be okay. It wasn't bad, but it wasn't great either. It had a really interesting concept that sounded similar to Mucha Lucha that had a mixture of action and goofy humor, but had a superhero/super villain twist to it. I did enjoy Manny since he's a relatable character struggling between being a hero or villain by doing both good and bad deeds. Also Frida was a lot of fun with her troublemaking, enthusiastic attitude. She was sort of like a edgy Buena Girl from Mucha Lucha. Also, I appreciated that Manny had family issues to deal with that some kids can relate to. Not just the struggles of following one of his family member's footsteps, but the fact that his parents are divorced, but still stay together as a family and deal with their issues. However, El Tigre has a lot more flaws than positives. This show relies way too much on goofy humor that the action scenes aren't taking as seriously as it should have been. Also, the majority of the episodes are pretty forgettable. When watching El Tigre for the Nickelodeon tribute, I kept thinking to myself numerous times "Man, this moment should have been a serious one. It had a lot of promise". "Why am I watching this when I could be watching Avatar: The Last Airbender? It has a much better balance of humor and action than El Tigre". While it seems to be a bit unfair, but when you debut a groundbreaking show such as Avatar: The Last Airbender, El Tigre: The Adventures of Manny Rivera seems a bit lackluster in comparison. The characters and situations are so basic that when it tries to be serious, it doesn't hold a lot of weight or emotions. But the one thing that I have to call bullshit on is the final episode. Throughout the entire series, Manny is struggling with his decision with whether he wants to follow in his father's or grandfather's path. Unfortunately, in a way, Manny didn't choose it, the viewers did. I understand that this wasn't the first show that did this. In 2001, SpongeBob SquarePants had an episode named 'Shanghaied' where the viewers voted on the ending of the episode. But there's a difference though. 'Shanghaied' wasn't the final episode of SpongeBob and the episode had no plot to the main story of the show. 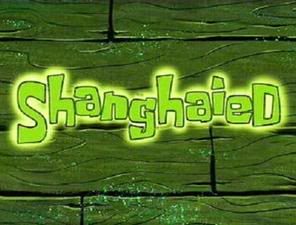 How would you like it if the viewers voted on whether Aang and the gang won or lost the war against the Fire Nation and Fire Lord Ozai in the last episode of Avatar: The Last Airbender and the decision of the ending was determined by the numbers instead of the actual story itself? That would suck, right? Well, that's exactly how I feel about El Tigre's ending. Was Nickelodeon so desperate for ratings to do this? If so, that is beyond stupid! Just knowing this fact kinda ruined the show slightly for me. Besides these huge flaws, El Tigre: The Adventures of Manny Rivera is a decent show. Check it out if you want, but I would recommend Avatar: The Last Airbender a lot more.
That's all for now. Hope to see you around Old School Lane soon. Thanks for reading.
-Patricia