Nickelodeon's Ratings Results In An All Time Low

Around a few weeks ago, Nickelodeon received their results on the newest ratings and unfortunately, it does not look good for this network. The newest live action shows that debuted not too long ago such as Nicky, Ricky, Dicky, and Dawn and Dan Schneider's newest program Henry Danger  started with less than 2 million viewers. Shows that are getting new seasons such as The Haunted Hathaways, Awesomeness TV, and The Thundermans are not doing well either gaining at least 1.5 million viewers. Even worse, TMNT, the only good Nicktoon on the air, received a very pitiful 1.3 million viewers after coming back from its brief hiatus when Nickelodeon was promoting the latest Teenage Mutant Ninja Turtles movie produced by Michael Bay. OVerall, Nickelodeon has gained about 1 million viewers, which cannot compete against The Disney Channel and Adult Swim's ratings of 1.14 million viewers. While Cartoon Network is in third place in ratings with 900,000 views, shows such as Steven Universe and Teen Titans Go!  are the top 10 rated shows with children 2-11. Disney has seven shows at the top 10 run, while Nickelodeon has none. To learn more about this, check out the article right here.

This isn't the first time that Nickelodeon has dropped in ratings this low. A few years back, Nickelodeon had lost 1/3 of its viewers and had lost its spot as the #1 kid's network after holding that position for over 20 years. Nowadays, the Disney Channel holds this spot as crazy as that may sound. Actually, not really. Disney has been doing very well lately with great shows such as Phineas and Ferb and Gravity Falls. As for Cartoon Network, besides Steven Universe and Teen Titans Go!, they also have the hugely popular Adventure Time, Regular Show, Clarence, The Amazing World of Gumball, and more. Plus, the Hub has My Little Pony: Friendship is Magic, Dan vs., Littlest Pet Shop, and reruns of classic 80's and 90's shows such as Batman: The Animated Series, Animaniacs, Tiny Toon Adventures, and more for nostalgic adults and a new generation of kids who never saw it the first time. From the looks of things, it seems that Nickelodeon has became more irrelevant now that these other channels are sporting these critically acclaimed programs.

Nickelodeon has had made numerous mistakes over the years, more recently being taking out The Legend of Korra out of their main lineup due to low ratings and put it on their website. Going back to TMNT, they have already featured the most recent episode on their website before they aired it. Hell, the 2nd season finale was already posted on their website just yesterday. And Nickelodeon is wondering on why TMNT is low on ratings. It's because they already saw it on your website, you incompetent idiots. Why would they bother watching it on TV again? Don't be surprised if Nickelodeon decides to feature Season 3 online because ratings isn't what they expected. Nickelodeon has been on their rut for almost a decade and it seems that they're going to continue going down because they haven't learned their lesson. They've debuted shows that no one likes and no one cares about, their lineup of constant comedy with the same concepts have became redundant, they've kept creators of programs that have been around for so long such as Butch Hartman and Dan Schneider that their ideas are tired and stale, they do Internet fads that will later become outdated in a few years, and their main focus has been little kids as oppose to a wider audience like they used to back 30 years ago. When Disney and Cartoon Network were on their slumps a few years back, they at least got out of it by releasing shows that didn't dumb down their audience.

Nickelodeon hasn't learned that lesson at all and continue to lose more viewers and ratings. If they continue as this rate, Nickelodeon will be no more. As much as I want to see them struggling and eventually crumble and fall due to not listening to the people who have stuck with them since they were children, I have a little bit of hope that Nickelodeon will change. Not much, but a little bit. I know that deep down inside, they will change for the better. Back in the early 80's, Nickelodeon has hugely overshadowed by other networks such as CBS, NBC, and ABC with their acquired programs and has deeply in debt. Then they started again from scratch and became the innovative channel we grew up with in the 80's and 90's. It seems that history is repeating itself again. Let's hope they start again from scratch and rise again, otherwise they'll be a relic in the past. 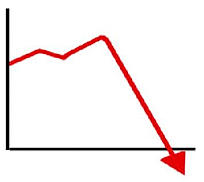 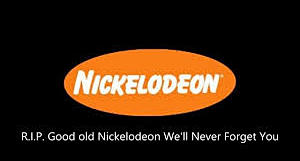 This post is brought to you by the website For Entertainment's Sake. I became one of their main bloggers for the site posting mostly Nickelodeon stuff. They also have a great new podcast called Who Loves Orange Podcasts? Please check out their stuff right here.