Recently, I've been seeing complaints online about how there are way too many comedic sitcoms on Nickelodeon nowadays such as The Thundermans, Henry Danger, Make it Pop, Every Witch Way, Nicky, Ricky, Dicky, and Dawn, and more. They have stated that there is no more variety as compared to the shows that came out in the 90's and that they're not focusing enough on the Nicktoons. Yes, it seems that in recent years that Nickelodeon airs more live action shows as oppose to animated. But why? Well, I may not give a definitive answer, here's my personal opinion on why it seems to be the case.

Going into the 90's, the decade that most people look the mostly fond of when it comes to Nickelodeon, what were the most popular live action shows that aired? Salute Your Shorts, Clarissa Explains it All, The Adventures of Pete & Pete, All That, Kenan & Kel, and The Amanda Show. While there was some variety mixed in such as Are You Afraid of the Dark? being an anthology horror show and the game shows such as Nick Arcade, What Would You Do?, Nickelodeon GUTS, Legends of the Hidden Temple, and Figure it Out!, for the most part, shows that were comedic took off and are still fondly remembered even today. The jokes were memorable, the actors portraying the characters were fun to watch, and the episodes that consisted of those said things reran numerous times and we would quote the jokes to all of our friends. Watching something humorous leaves a huge impact on people, especially if they are going through tough times on their lives as oppose to watching something dramatic or sad. Sure, we remember those moments just as fondly, but the comedic moments are more fun to bring up in casual conversations. Not to mention, the ones that get the most memes online. The shows that are the most obscure for Nickelodeon were, for the most part, shows that weren't either a comedy or a sitcom. Programs such as Fifteen, Nickelodeon's first and only attempt of a soap opera, Space Cases, a sci-fi series, The Secret World of Alex Mack, a sci-fi teen drama, The Mystery Files of Shelby Woo, a mystery series, and Animorphs, a sci-fi fantasy based on a book series, aren't as fondly remembered nor discussed ad nauseum as the others. The other shows that aren't as remembered were the mediocre sitcoms and comedies. Welcome Freshmen was the first sitcom that aired in 1991, but it started with being an unfunny sketch comedy show/sitcom before turning into a full blown sitcom similar to Saved by the Bell. My Brother and Me was the first sitcom in Nickelodeon that featured an African American cast. But watching it today, the show is so horribly dated with bad acting, cliched characters, and stock plots, it's hilarious. 100 Deeds for Eddie McDowd is dull, boring, and redundant. Cousin Skeeter is also dull and boring mixed with mean spirited moments trying to be like Kenan & Kel without understanding what made that show worked. 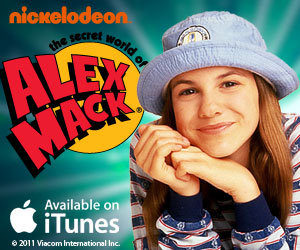 I know that the second reason is going to get some people angry, but I partly blame Dan Schneider for the popularity of comedic sitcoms, especially around the 2000's. Nickelodeon tried to experiment with other shows to bring in variety such as Caitlin's Way and The Brothers Garcia, but what show became popular right away and is still regarded fondly even today? Drake & Josh, Schneider's first and overall best comedic sitcom. No other live action show compared to the huge ratings and views of Drake & Josh, even Ned's Declassified School Survival Guide, another great comedic show. Each program that he's released became hugely popular and had gained a large amount of ratings, despite the mixed to negative results that his more recent shows such as Victorious, Sam & Cat, and Henry Danger has gotten. Afterwards, most of the people seemed to try to copy off of Dan Schneider's style doing everything from the laugh track, the "funny", unrealistic, and good looking characters, and ludicrous plots to get at least a chunk of his success. Back then when I saw a trailer of True Jackson V.P., I thought it was made by Dan Schneider. It turned out that he had nothing to do with it, but it felt a bit like iCarly. Nickelodeon had back themselves in a corner letting Dan Schneider constantly create show after show after show. Nowadays, he's clearly burned out, but the network cannot let him go just yet because his shows are the only ones that bring in decent ratings. Not to mention with being involved with some of the most popular Nickelodeon live action shows over the past 20 years has built a bit of history with us. Without Schneider, live action shows might as well be done, at least even more done than what they are now. Another thing I partly blame of this is Hannah Montana bringing in the concept of pop stars as the main characters as a marketing ploy with releasing CDs, having concerts, and the huge amount of merchandise that was released of it. Then afterwards, there was the High School Musical movies, Camp Rock, and other sitcoms that followed in the same trend. But then eventually, they brought in the idea of young kids and teens who had to not only look good, but sing and dance as well. Being average and relatable was considered to be dull and uninteresting. Since then, Nickelodeon is walking towards the Disney route, the same route that they avoided becoming 20 years prior. As D.J. MacHale, the creator of Are You Afraid of the Dark? quoted in our interview with him 2 years ago, it has became so hard to distinguish the live action shows so bad, it might as well be called Disneylodeon.

Nickelodeon noticed over the years that the most well regarded shows that they've ever made were the comedic sitcoms and the shows that weren't that were quickly discarded and forgotten, so that put in their minds that that's what people want to see. It's not fully Nickelodeon's fault that they have this mindset. They're staying in their comfort zone because they assume that if they release anything that isn't a comedic sitcom, it won't become lucrative or popular. In a way, they're right. It's kinda our fault for leaning towards one style of genre as oppose to another. We've always leaned towards the comedic shows such as Kenan & Kel and we've forgotten about the more dramatic ones like Caitlin's Way. Trust me, viewership and recognition are everything when it comes to what gets a second season or gets quickly cancelled. While the other genres of live action shows such as the dramatic, sci-fi, or fantasy weren't as popular, they're still liked by people and are required to bring in variety in a time when today's live action shows have been one note, tired, stale, and not groundbreaking. Maybe not a lot of people, but a decent size nonetheless.  If Nickelodeon ever starts releasing high quality shows that aren't comedic or a sitcom, let's give them a legit chance and watch them. We might discover a well written, well acted, and well presented show that gains a fanbase for reasons other than "it made me laugh".

That's all for now. Let me know in the comments below if you agree or disagree with my opinions. Hope to see you around Old School Lane soon.