Well, this is something I never thought I would be talking about. E3 2021 has come and gone and most of the presentations left a lot to be desired. It made sense since due to COVID-19, video game venues weren't open to the public, journalists weren't able to enter the convention center to interview the representatives of video game companies there and play the demos of the showcased games, and some video game companies like Sony weren't going to showcase their games, but instead do it on their own showcase instead. While some companies such as Xbox/Bethesda showed some games that a lot of people were excited about, but the clear winner for me was Nintendo. What sealed the deal for me was presenting a game I thought would never see the light of day: Metroid Dread.

For those who don't know, Metroid Dread was first announced as a Nintendo DS game in 2005 in an article by the gaming magazine Game Informer. It was suppose to take place after the events of Metroid Fusion where the protagonist Samus Arun had destroyed the Galactic Federation research station where the X Parasites had killed all the scientists and experiments and turned them into fearsome monsters that would do severe damage to the universe. Due to Samus killing all the Metroids in Metroid II: Return of Samus, the X Parasites were able to roam around SR-388 since the Metroids were their predators. Speaking of Metroids, the Galactic Federation had cloned Metroids using the last remnants of the Metroid DNA from Samus after using it as a vaccine when she was attacked by the X Parasites. It ended on a note that had a lot of concerns swimming on my head. Samus is now deemed as a traitor from the Galactic Federation. She has the last remnants of the Metroid DNA. She destroyed SR-388, the X Parasites, and the last living Metroids. I was waiting for Metroid Dread to answer the questions I wanted to see play out. But over the years, it was pushed further and further aside due to other games in the series being released such as Metroid Prime 3: Corruption and Metroid: Other M. Corruption was the last little reference that Metroid Dread was in the final stages of completion. After that, no announcement. 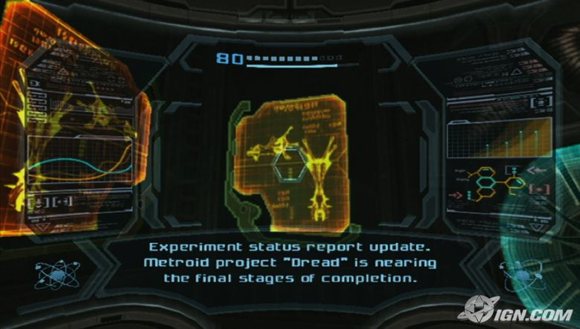 Shortly after the release of Metroid: Other M, Yoshio Sakamoto, the co-creator and producer of the Metroid series hadn't gone any further about Metroid Dread. It was just as I feared: Metroid Dread was cancelled. From 2002-2007, it was considered to being a golden era for the Metroid series that was never replicated since. Thanks to the Metroid Prime games from Retro Studios and the handheld Metroid games for the Game Boy Advance, Metroid was given the same amount of love and treatment that Nintendo would give to their other AAA franchises like Mario, Zelda, and Pokémon. Unfortunately, unlike those other AAA franchises, Metroid never sold very well, especially in Japan. North America loved the franchise a lot more, but nevertheless, the sales didn't justify making more games. The hardcore fans could only keep a niche franchise alive for so long. When Metroid: Other M flopped, the golden era of the franchise was over. Here's a sad fact, Animal Crossing: New Horizons sold more copies than all the Metroid games put together. One game sold more copies than all 11 games in a franchise. The idea of seeing Metroid Dread coming to life was like a pipedream alongside other wished for games that were cancelled such as Half Life 3, Mega Man Legends 3, or Silent Hills. 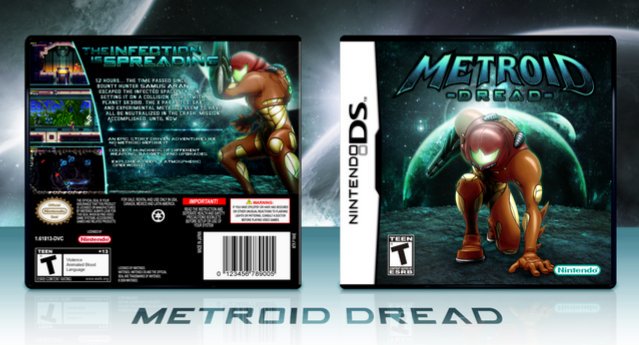 15 years later, that pipedream became a reality. Metroid Dread will be coming out for the Nintendo Switch this October and the trailer showed some great promise. It started with Samus rocking out a new suit as she wandering around an unknown location. But then, a robot looks down from the ceiling targeting her and Samus tries shooting it down. Her beam weapon and her missiles do no damage and she has no choice but to run. Then it shows gameplay of Samus shooting, wall jumping, attacking, sliding, using an invisible powerup, and some cut scenes of the robot, Samus fighting a monster, and a Chozo typing in his computer. After the trailer, Sakamoto gave more details about the game such as how Dread was going to be the last game in the storyline involving Samus and the Metroids taking place after the events of Fusion, the robot was called E.M.M.I. and it belonged to the Galactic Federation, Dread was cancelled twice because of technical limitations not being able to do the game he envisioned, and MercurySteam, the same company who did the remake of Metroid II, were going to be developing Metroid Dread. Then, Nintendo Treehouse played the game for 20 minutes. If you're interested in checking out the trailer, click on the video down below.
The gameplay looks very similar to Metroid: Samus Returns with its emphasis on the combat, the free aim on Samus' arm cannon, and the slick angular art style, but it looks way better. It makes sense since Samus Returns was on the 3DS, but still, the more enhanced Switch really takes advantage of building the sense of unease that the Metroid series was known for. Because MercurySteam is working on the game, they'll even include more information that was briefly hinted at Samus Returns: the Chozo Memories. After you complete Samus Returns to 100%, you were able to unlock a few photos where you saw the Chozo, a group of bird aliens that created the Metroids, Mother Brain, and later on, raised Samus after Ridley killed her parents, land on SR-388 to collect Aeion for their experiments, discover the X Parasites, create the Metroids to combat them, learned that they were evolving, sealed SR-388 with acid, and called for help from their other Chozo allies. The last picture showed one of them killing the soldiers and scientists and left the Metroids alone. In the Metroid Dread trailer, there was a brief glimpse of a Chozo in his computer. This is the very first time in the series we've seen a Chozo alive. All the Chozos in the games have either been ghosts or statues that would give Samus her powerups. I'm guessing that he's going to be a major antagonist in this game alongside the Galactic Federation and the E.M.M.I. As for how he connects with Samus, that's going to be an interesting revelation.

Sakamoto had mentioned in an interview that while story was going to be very important, he wanted it to ease the fans to playing it if this was going to be their first game. Metroid Prime 3: Corruption did that as well where it was trying to get newcomers into the franchise, but it ended up with the hardcore fans complaining that the story slowed down the pace of the game, it was too linear, the different planets didn't make the experience as memorable compared to other games in the series where it was in one location with variety, and the Wii motion controls were "too gimmicky". Now I've seen some people saying that Dread is going to do the same thing. I couldn't disagree more. The last few days has never made me more prouder to be a Metroid fan. Seeing everyone excited to check out Metroid Dread, game journalists saying it was the highlight of E3 2021, and even the newcomers who had never played a single Metroid game have done fan art and reaction videos saying that they are going to purchase it has made me so happy. The hardcore fanbase is very appreciated, but it could only go so far. We need to welcome new fans into this franchise. Look what happened to Fire Emblem Awakening. It was going to be the last game in the series because sales for the previous games were not justified in making more. But because it streamlined the gameplay, expanded the story, and made it a standalone experience, it not only saved the franchise, but it had gotten more games and has far more representation in Super Smash Bros. Ultimate. Sakamoto even said that he already has the next game scripted, so if we want to see more Metroid games come out, we need to buy it! It's made me happy to know that it's the #1 pre-ordered video game according to Amazon. But I'm not happy to hear about the scalpers pre-ordering the special edition Metroid Dread including the Amibo figures and artbook and charging hundreds of dollars. Those guys suck! But nonetheless, let's make Metroid Dread a huge hit and start a new golden age for the franchise. 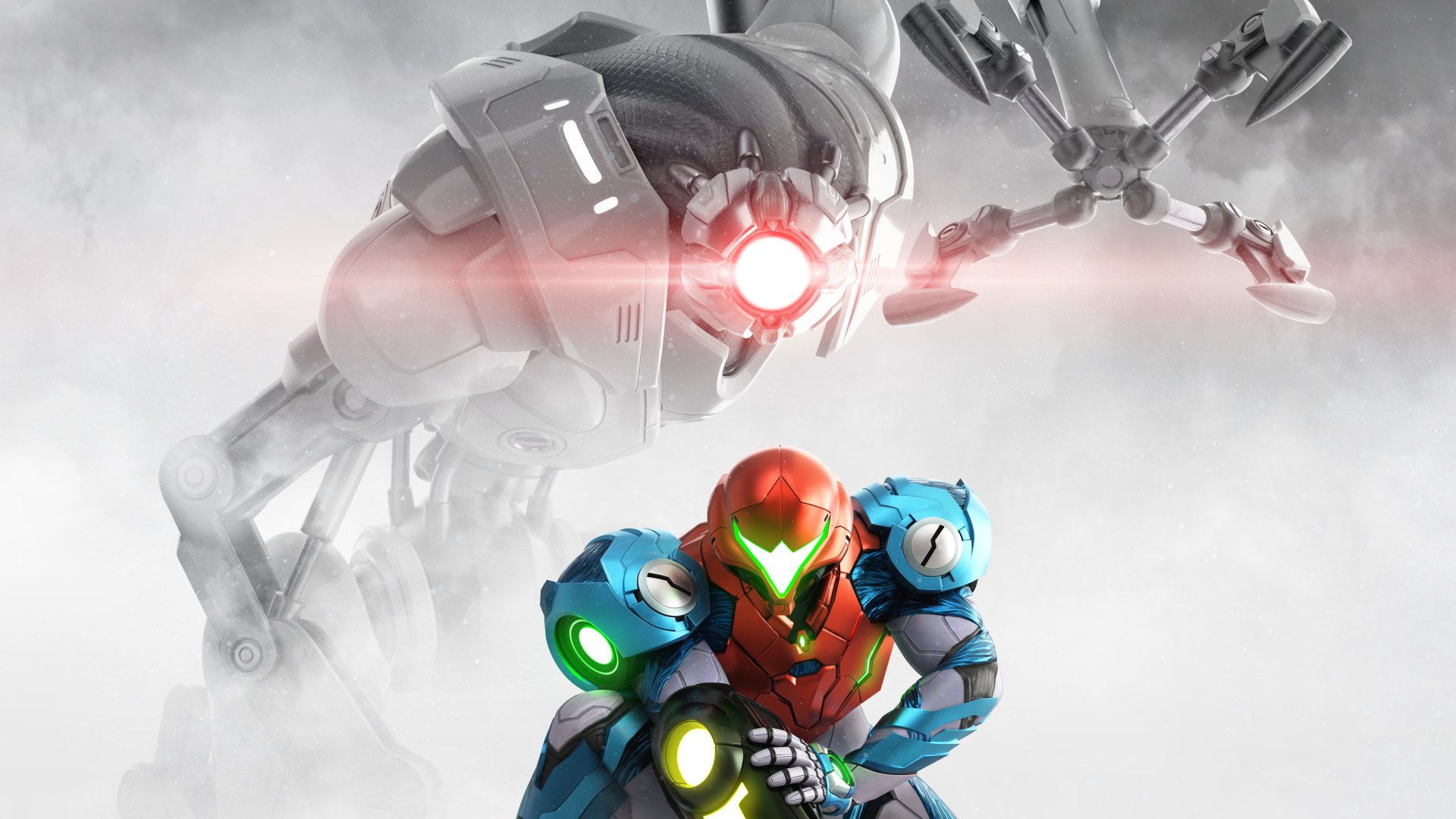 In conclusion, the Metroid franchise is my favorite video game franchise of all time. Super Metroid is my all time favorite video game. The fact that not only we're getting a new Metroid game in a few months, but it's a game that was laying dormant for 15 years. This is a big deal for multiple reasons. It's the first new 2D Metroid game in 19 years. It's the first console 2D Metroid game in 27 years. It's the final chapter in the story that has been around since the franchise's inception in 1986. This game is the perfect way to celebrate the series' 35th anniversary. It wasn't a disappointing port collection like what they did with Mario last year. It's a brand new game that has the promise to be incredibly successful and I can't wait! Hopefully we hear some new information on Metroid Prime 4 soon, but I wouldn't hold my breath.
That's all for now. Hope to see you around soon.
-Patricia