The year is 1990. Home Alone, Dances with Wolves, the first live adaptation of Teenage Mutant Ninja Turtles, and Ghost were released in theaters. In Living Color, The Fresh Prince of Bel Air, and Captain Planet and the Planeteers debuted on TV. Competition was starting to build up for Nickelodeon when Fox Kids and The Disney Afternoon debuted with new cartoons for kids. Now that Nickelodeon was building up more shows, they needed their own studio to film their game shows, kids' shows, and comedy shows. Around 1989, Super Sloppy Double Dare was already being filmed there after moving from Philadelphia. 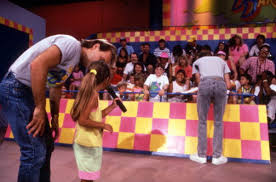 But Universal Studios and Nickelodeon Studios were officially opened to the public on June 7, 1990. 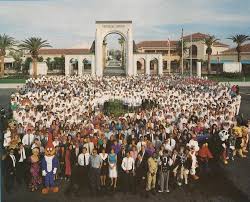 The celebration was huge as it was being broadcast live in front of millions of kids anxiously awaiting to see this brand new studio headquarters exclusively for kids. This 3 hour long special was hosted by Marc Summers and there were many guest stars of popular Nickelodeon stars at the time such as Harvey from Double Dare, Les Lye from You Can't Do That on Television, Greg Lee from Total Panic, Christine Taylor and Kelly Brown from Hey Dude, and many more.


At the end of the 3 hour special, the new slime geyser burst with slime and gak to officially close the opening to Nickelodeon, but it wasn't until October in which the opening of the geyser was more official. More celebrities like Russel Johnson from Gilligan's Island were there. People who had gotten slimed would get buttons and T-shirts saying that they were the first people in Universal Studios to do so.

Stage 17 would be used for The Game Lab in which kids would come and play games or goof around or trying new game shows. Combining with Stage 18, they would be filming GUTS/Global Guts. Soundstages 18 and 19 would be used for production offices, dressing rooms, make up rooms, and the Gak Kitchen. The Gak Kitchen was one of the most popular things to do when they would give tours for kids. 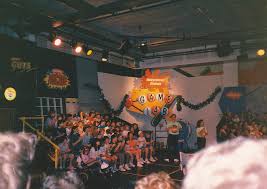 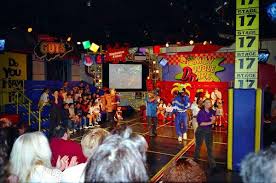 On April 12, 1992, a Nickelodeon time capsule was buried on Universal Studios and wouldn't be opened for another 50 years. Kids had buried things that meant the world to them in 1992 such as a stick of bubblegum, roller skates, a Game Boy, VHS copies of Home Alone and Back to the Future, a Michael Jackson and MC Hammer CD, a jar of Gak, Barbie dolls, an issue of Nickelodeon magazine, a Nickelodeon T-shirt, a piece of the Berlin Wall, and more. 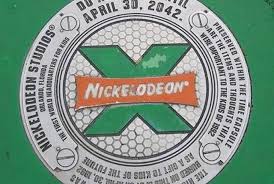 There was a live broadcast of the burial of the capsule hosted by Mike O'Malley and Joey Lawrence. For more information on the topic, check out the website mentalfloss.com. Thanks Moviefan12 from Manic Expression for showing me this!

During those years, many shows such as Eureeka's Castle, Allegra's Window, Gullah Gullah Island, All That, Kenan and Kel, GUTS, Legends of the Hidden Temple, Figure it Out, What Would You Do?, Slime Time Live, Nick in the Afternoon, Double Dare 2000, Taina, and Noah Knows Best was filmed. Unfortunately, around the 2000s, things started to go a bit downhill for Nickelodeon. Even though, they gotten a new paint job and new additions like the Jimmy Neutron ride, it wasn't enough. 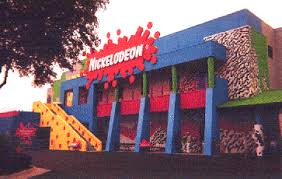 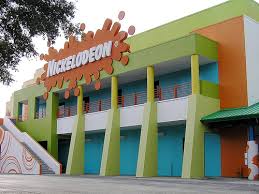 A new stage facility called Nickelodeon on Sunset was built in California and that was where most of the shows were being filmed there. Originally, the Earl Carroll Theater, the 3rd and 4th seasons of Kenan and Kel, the 4th through 10th season of All That, The Amanda Show, and The Nick Cannon Show moved there to be filmed. Due to that, a few people lost their jobs and the popularity of Nickelodeon Studios began to wane a bit. 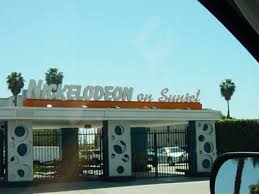 Also kids' game shows at the time were no longer popular and the last one that was released there was called Splat. It was a huge failure being cancelled less than a few months after it aired. 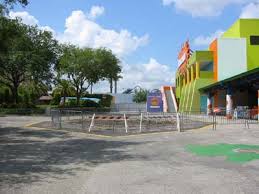 The time capsule has been moved to the Nickelodeon Suites Resort in Orlando still awaiting to be opened on 2042. Just 30 more years and we'll see the day that all those things from back then being shown to a new generation of kids. I'm going to be 56 when that happens! Yikes!

Two years later, it would be replaced by The Blue Man Group where they would make their performances.

However, may we never forget what Nickelodeon Studios meant to us as a whole. Let the legacy of what it created for us as kids be always in our hearts.

To learn more about the history of Nickelodeon Studios, check out this article at retrojunk.com. That's all for now. Hope to see you around Old School Lane soon. Thanks for reading.