Around June 1, 1991, a brand new show came out for Nickelodeon that was somewhat similar to Hey Dude. The show was called Salute Your Shorts.

Based on the book by the same name written by Steve Slavkin, the show was about a group of kids who are  spending their summer on a camp called Camp Anawanna. The kids compose of the following:

Eddie "Donkeylips" Gelfin (played by Michael Bower) was the fat, gross kid who was the lackey to Budnick.

Telly Radford (played by Venus DiMilo) was the girl jock of the group. Dina Alexander (played by Heidi Lucas) was the pretty little princess girly girl of the group.

Z.Z. Ziff (played by Megan Berwick) was the odd, quirky, environmental loving girl of the group.

Michael Stein (played by Erik McArthur) was the nice, normal guy of the group. He only lasted for Season 1.

Ronald "Ronnie" Foster Pinsky (played by Blake Soper) was Michael's replacement around Season 2. He was the nice, normal guy who had a little bit of an edge. There were only two adults on Salute Your Shorts. The one that people remember the most was Kevin "Ug" Lee (played by Kirk Baily). He was the jerky camp counselor who prevented the kids from pulling off their pranks.

The second one was Dr. Kahn, the announcer and camp owner. We never saw his face, only heard his voice similar to Charlie Townsend from Charlie's Angels. It was always a mystery on what Dr. Kahn looked like, but throughout the entire show, we never got a chance to see him. Well, ladies and gentlemen, I'm here to answer the question that has been in our minds for the past 20 years. The identity of Dr. Kahn is...Steve Slavkin himself.

Throughout the episodes, we see our campers get into some camp activities and pulling off schemes and pranks on Ug. They would find sodas hidden in the kitchen pantry, they tricked Ug thinking he had chickenpox, looking for the buried treasure of an ex-counselor named Sarah Maude, and be on the lookout for a serial killer Zeke the Plumber. The actual shooting of the show were in two locations; the camp activities were shot at the Griffith Park Boys Camp in Los Angeles.

The shots of the lake were done at the William O. Douglas Outdoor Classroom at the Franklin Canyon Park  at Los Angeles.

The show only lasted two seasons ending its run on June 29, 1992. Some of the cast members had moved on to other roles after Salute Your Shorts.

Tim (now Trevor) Eyster had appeared on Babylon 5 before becoming a musician. 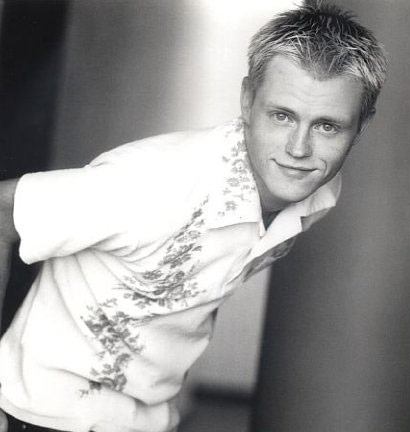 Megan Berwick appeared in the movie The Positively True Adventures of the Alleged Texas Cheerleader-Murdering Mom. After that, she became the development manager of an non profit organization called Kiva. Michael Bower had appeared in a few movie and TV roles such as California Dreams, The X-Files, CSI, Friends, Dude, Where's My Car?, Evolution, Monk, Bones, Dark Angel, and the upcoming movie Dumbbells. Heidi Lucas had appeared in other movie and TV roles such as Boy Meets World, Saved by the Bell: The New Class, The Wayans Bros., Hypernauts and Ghost Ship before she quit acting in 1998 and became an attorney. Blake Soper (whose real name is Blake Sennett) was in Boy Meets World as Joseph "Joey the Rat" Epstein. After his part was written off the show, he then quit acting and became a musician. He is currently on an indie rock band called Rilo Kelly.

Venus DeMilo had appeared in other TV roles such as Sister Sister, Judging Amy, My So-Called Life, The Hughleys, Beyond Belief: Fact or Fiction, and Smart Guy. She quit acting in 2003 and had gone on in the music industry directing and editing "Hell and Heaven" for Colleen Lovejoy.

Eric MacArthur had quit acting after Salute Your Shorts and moved back with his family in Hawaii. 3 years later in 1994, he returned to acting in a few movie and TV roles such as Pleasantville, We Were Soldiers, Bottoms Up, $30 and Stories U.S.A. Steve Slavkin had written and produced for other shows such as Extreme Ghostbusters, Running the Halls, USA High, and Power Rangers Ninja Storm.

For the fans of Salute Your Shorts, here's your chance to meet with Steve Slavkin and some of the cast members at the 2012 Comikaze Expo in Los Angeles at September 15th. For more information, check out the website at http://comikazeexpo.com/

Overall, looking back, Salute Your Shorts was vastly superior to Hey Dude by a long shot. At the time, it was completely unique and different than any other show that was showing for kids and teens at the time. The stories contained gross factors that was the staple for Nickelodeon at that point and there were some realistic things that could happen at a summer camp like old legends, crushes, pranks, and developing friendships. But there's one huge fatal flaw that kind of broke the show for me watching it again after 20 years later, the characters. I'm not saying the actors, heavens no. Unlike Hey Dude, at least some of the teens had acted in other TV roles before doing Salute Your Shorts so the acting is not completely atrocious.

For example: Michael Bower had already done roles such as Michael Jackson's Moonwalker, Tales from the Crypt, Empty Nest, The Wonder Years, and Doogie Houser M.D. Danny Cooksey had done roles such as Diff'rent Strokes, The Dukes of Hazzard, The Cavanaughs, and Terminator 2: Judgement Day.

The characters they portray are annoying, one dimensional, and cliche. You have the tomboy, the nerdy kid, the normal kid, the tough kid, the girly girl, and the fat kid. There's nothing special about them. Characters like this were already portrayed way too many times in other shows back then. You would have thought that a unique concept of kids going to summer camp instead of high school would have had interesting characters. An interesting thing to note is that the camp where they were doing the shooting at, the Griffith Park Boys Camp, is a camp for troubled teenage boys. That would've have been an interesting concept similar to Louis Sachar's book Holes.  But nope, let's just take all the cliched characters and move them somewhere else. I recommend checking the show out for some of the wacky situations they get to, but don't expect any groundbreaking characters. That's all for now. Tune in next time as we journey through the infamous trio of cartoons that started the golden era for Nickelodeon. Rugrats, Ren and Stimpy, and Doug.