We've talked about Nickelodeon: the Nicktoons, the Nickcoms, the game shows, the movies, and so much more. But the one thing we really haven't delve deep into was the preschool shows. Unless you're a parent or an expert of television or education, you don't really have deep conversations about shows geared towards 3-year-olds. But the fact of the matter is is that they're most likely the first things we saw on TV and we have a special place in our hearts for them. Whether they're influencial, iconic, groundbreaking, have memorable characters, a colorful background, have great morals told in a smart way, or just plain edutainment fun, we're going to count down the top 5 best Nickelodeon preschool shows. 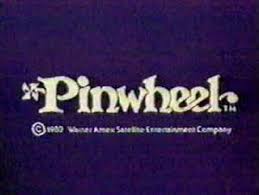 The show that started it all with the network has to be on this list. Debuting on December 1977, the show had a simple premise consisting of humans, puppets, and short segments of blocks and cartoons. Pinwheel was a huge success when it first came out lasting for over 10 years and having 6 hour marathons 5 days a week. However, it's pretty low on this list because the show is very outdated by today's standards. Looking at it now, it's a low budget Sesame Street clone. The characters are a bit forgettable, the setting looks a bit cheap, and the cartoon segments are long and boring. But I can't deny what a huge impact Pinwheel was for Nickelodeon. Without the show's success, the network wouldn't even exist. 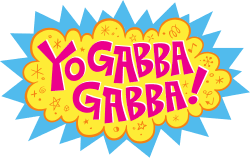 During the late 2000's, Nick Jr. was going through a slump. With the exception of Dora the Explorer, there were no Nick Jr. programs that grabbed the kids' attention. The majority of them were either cartoons based on books. But then, two regular dads named Christian Jacobs and Scott Schultz were sick and tired of the lack of great quality preschool shows on TV. So they decided to create one that was both informative, entertainment, and fun filled with artists, performers, and life lessons. The show starred a man named DJ Lance and 5 other characters named Muno, Foofa, Brobee, Toodee, and Plex learning a themed lesson of the day and singing songs based on it. There were also special celebrity guests, 8-bit transitions, singers, and artists who drew pictures to teach to the kids. It became an instant hit and is still really popular by many kids and adults watching it. This is definitely a show that people would be looking back 10 years from now as a classic. 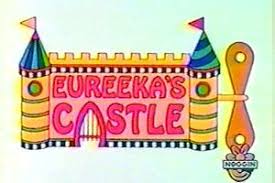 When Pinwheel ended its 10 year run, Eureeka's Castle was its forerunner show for the new time slot called Nick Jr. It was about a wizard named Eureeka and her friends Magellan the dragon, Batly the bat, Bog and Quagmire the moat twins, and more living in a castle going through various tasks and learning important life lessons. Just like Pinwheel, Eureeka's Castle was similar to Sesame Street with its puppets, segments, and characters. But Eureeka's Castle has aged much better than Pinwheel, it has funnier jokes, and more developed characters. Plus the show was co-created by R.L. Stine. Not much to say about it but a very well crafted preschool show that still has its charm. 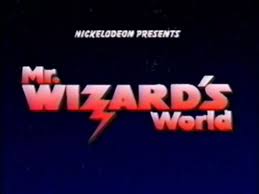 A reboot of the 1951 show Watch Mr. Wizard, Mr. Wizard's World starred Don "Mr. Wizard" Herbert would have a kid come in every week and teach him an experiement that would focus on what he was known for: science. From optical illusions to gravity, Mr. Wizard would make learning about science educational, informative, and fun. Plus, the experiements that he would teach the kids could be tried at home. Looking back at Mr. Wizard's World, it's a classic that still holds up to this day. The experiments look just as cool as it ever was and it became hugely influencial to a lot of science programs in the 90's such as Beakman's World and Bill Nye: The Science Guy. The episodes are on DVD and uploaded on YouTube. Check it out when you have a chance. 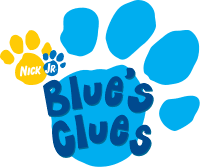 In the 90's, most preschool shows were preachy, sappy programs that shoved the lessons down kids' throats and had adults irratated that kids were subjected to watching them. But then Blue's Clues came along and everything changed. The show starred Steve, a young man who lived in a small house with a blue puppy named Blue. Whenever she wanted something, she would play a game simply known as "Blue's Clues". Steve would have to find 3 clues, draw them on his handy dandy notebook, and figure out what Blue wants. Along the way, he would meet up with his friends Mr. Salt and Mrs. Pepper, Shovel and Pail, Sidetable Drawer, Mailbox, Periwinkle, and more. They would teach many lessons for kids such as recycling, fruits and vegetables, the planets, sign language, singing, story telling, and more. While I was too old for Blue's Clues when it first came out, I cannot deny what a huge show it was to all the little kids I knew when they saw it. It was everywhere! To this day, Blue's Clues is not only the best Nickelodeon preschool show, but one of greatest kids' shows of all time. Steve Burns was one of the best kids' show host of all time and the show still holds up very well. It's a timeless classic that generations of kids will continue to watch and love.

We've talked about the best Nickelodeon preschool shows. Now let's talk about the worst. There's a ton of them. Which shows made it on the list? Let's find out. 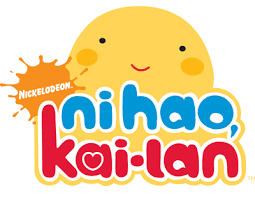 What do you get when you combine Dora the Explorer with Sagwa, the Chinese Siamese Cat? You get Ni hao, Kai-Lan. It's the story about a little girl named Kai-Lan who learns new things alongside her grandfather and pet tiger. She also teaches a few Chinese words to the kids watching the show. Yeah, that's it. It's pretty boring and forgettable. While I did say that I don't really like Dora the Explorer, at least they do different tasks and go to various places while teaching Spanish. Imagine Dora staying in one place and teaching Spanish once every few minutes. Not fun, is it? 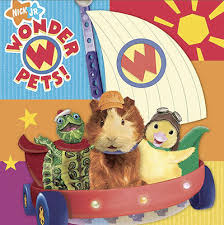 There's one word to describe Wonder Pets: monotonous. Pretty much the same thing happens in every single episode. The story is about three pets from a daycare center who save baby animals from around the world. They learn about teamwork, the animal they rescue, and the place they live in. The problem is is that show is formulaic, redundant, and annoying. Once you watched one episode, you've seen them all. 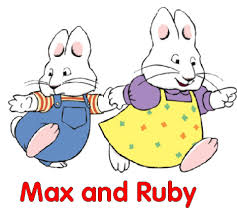 Just like Wonder Pets, Max and Ruby is also monotonous, redundant, and annoying. The show focuses on two siblings named Max and Ruby who go through everyday life of tea parties, gardening, and bedtime. Ruby tries to have everything neat, presentable, and nice looking while Max is the mischievious little brother who says one word per episode and tries to pester or help Ruby with her problems. Ruby neglects or ignores Max and in the end, Max helps Ruby with her problems. Plus, it's questionable on where the parents are and the indication that kids are proven to be annoying and useless until the last minute. But the worst part about this show is is that it's still on the air. 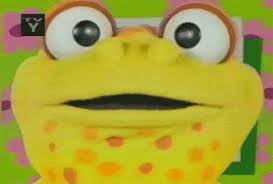 In my review of Gullah Gullah Island, I said that the show was a very basic kids' show that never lived up to its full potential. But around the end of its run, it had a spinoff based on the most popular character Binyah Binyah Polliwog. The show didn't last for very long. In fact, it lasted for only 1 week. I couldn't even find videos on the show on YouTube. No one remembered it and for good reason. It was a dumb idea to begin with and critical failure at the end. 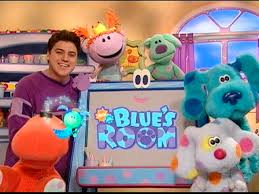 Around 2004, Steve left Blue's Clues to go to college (actually to pursue on a music career) and was replaced by his little brother Joe. While Joe wasn't a bad character, he was not Steve and Blue's Clues wasn't the same afterwards. But if Joe was the downfall for the show, the spinoff Blue's Room killed it. It was about Blue finding a magic music box and transfering her into another world where she could talk, a bunch of uninteresting characters, and the introduction of Blue's baby brother. The show only lasted for 3 years and the popularity of Nick Jr. died along with it. That is until Yo Gabba Gabba came out!

Those are my top 5 best and worst Nickelodeon preschool shows. What preschool shows do you love or hate from Nickelodeon? Post it in the comments below. That's all for now. Hope to see you around Old School Lane soon. Thanks for reading.