When it comes to the YouTube video game reviewers, I prefer the ones who have only a few hundred or thousands subscribers as oppose to the millions and billions. While I do enjoy The Video Game Nerd, PeanutButterGamer, JonTron, and The Completionist, I would prefer watching Little Miss Gamer, GeminiLaser, or The Happy Video Game Nerd since they would talk about more obscure games with a calm, humorous, and charming way. But there was one YouTuber that would delve into not only obscure games, but discuss in detail about video game genres and give more attention to platformers in a time when there were few and far between due to the overabundance of first person shooters. His name is Keith Allen Weber, but you may know him as Gexup from It's Tail Time. 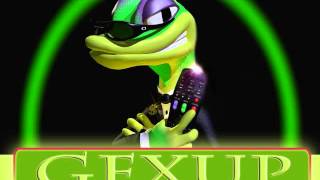 As some of you know, 2 years ago he announced that he was leaving It's Tail Time and quitting doing reviews due to concentrating on school. But recently, he appeared on an episode of It's Tail Time Podcast with litestudios announcing that he was coming back!

He will be doing new reviews and rebranding his podcast The Boochow Radio Podcast. So, in honor of his return, I looked back on his videos and I'm going to list my top 10 favorite Gexup episodes.

Around the time Gexup finished the Oddworld Quintology reviews, he planned on releasing a new miniseries called Gaming in the 90's where he was going to delve deep in the years 1990-1999 discussing about not only the games that debuted during those years, but also the movies, TV shows, fashion, and music. Interesting fact, Gaming in the 90's was one of the major inspirations on wanting to start the Nickelodeon tribute in that style. But due to hardware limitations, it was limited to blog reviews. Maybe someday I'll restart from the ground up doing a full on retrospective on Nickelodeon. Unfortunately, it's low on the list because it was never finished due to leaving It's Tail Time. There are 4 videos discussing about 1990-1994 and the last episode of The Boochow Radio Podcast discussing about 1998. However, Gexup wants to finish Gaming in the 90's on the refurbished Boochow Radio Podcast, so hopefully it'll be completed soon. Click on the links below to check out the videos.

Okay, this is a bit of a stretch since technically it's not a video game review so maybe some people will they that it doesn't count. However, Gexup does an amazing job discussing about one of his biggest influences of his life reviewing his favorite graphic novel . It's about the true story of Craig Thomson living his hard dysfunctional life with his strict, Christian family until one day he meets a young girl named Raina at Christian camp and falls in love with her. They would send each other love letters until Craig was invited to visit Raina's house when her parents were getting a divorce. I'm going to leave it there to avoid spoilers, so read it if you have the chance. Gexup did an amazing job of reviewing this novel and later on who become a comic book artist himself as he thanks Craig Thompson for inspiring him. I can't wait for Gexup for writing stories in the future.

In this series, Gexup goes into details on various video game genres. I couldn't decide on which was my favorite episode, so I decided to choose my two favorite episodes. In the 3D Platformers episode, he discusses on the genre and touches on that not all of them were the same. He even listed 3 different styles of 3D platformers and talks about each of them individually. In the MetroidVania episode, he discusses on how Super Metroid played a huge part on making Castlevania relevant again and how it built a brand new genre that would feature in other games. They're well researched, well discussed, and informative. Check it out if you haven't.

3D Platformers are Gexup's favorite video game genre. So, he decides to list his top 20 favorites of all time. According to his top 10 favorite moments of 2010, this 3D platformers list was on it and talks about how passionate he was about it even doing the countdown. There are some obvious choices, but there are some that are less known. It's a great countdown, especially if you're a fan of 3D platformers, but this isn't my favorite top 10 list from Gexup. We'll talk about it later.

6. The Secret of Monkey Island reviews with The Hande. 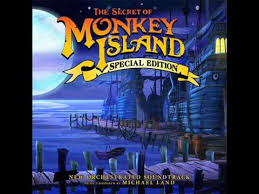 In this series of videos, Gexup and another YouTube video game reviewer The Hande does a huge retrospective on the point and click adventure game series The Secret of Monkey Island. From the original all the way to the episodic remake by Telltale Games, they talk in detail about the high and low points on the series. When you hear them discuss about the games, it seems that it wasn't scripted, but more like two people who are casually talking about games they love. It's not as polished as Gexup's other video game series reviews, but it's a lot of fun to listen to.

5. The Sly Cooper reviews with Zookstar1000.

Gexup and YouTube video game reviewer Zookstar1000 do a retrospective on the stealth 3D platformer series Sly Cooper discussing from Thievius Raccoonius to Honor Among Thieves. Even thought these videos came out before The Secret of Monkey Island reviews, these are definitely more informative and polished with discussing about the setting, the plot, characters, and gameplay. Originally, Gexup was going to collaborate with his best friend and partner Amuia, but due to his busy schedule he was unable to do it. Zookstar1000 did an amazing job collaborating with Gexup having a good chemistry together. As some of you know, I'm a huge Sly Cooper fan dedicating two episodes of Casual Chats alongside with Manic Expresssion Brekclub85. For any fan of Sly Cooper, check it out. It's very well done.

During a time when 3D platformers were slowly starting to become more popular, Gexup decides to do a special awards show choosing on what 3D platformer he felt was the best. However, unlike something like The Spike TV Game Awards in which they chose a game and didn't discuss about it, he made it into a versus series and eliminated the loser of the each round until he chose a winner. What makes me laugh when watching it was when Gexup eliminated Super Meat Boy about how it wasn't going to be influential compared to the other games that were on the list. Oh Gexup, if only you would known on how Super Meat Boy became the starting point of the boom of indie games with others to come from Shovel Knight to Axiom Verge. With Gexup returning to doing reviews, I want him to bring back Platinum Platformers. Maybe he'll do a quick recap on the games from 2012-2014 and do a full awards show for 2015. That would be great to see.

This is my favorite top 10 list from Gexup. He was giving in detail on some of the most difficult missions on one of the most difficult games ever made while being in physical pain due to frustration. While he loved the game, he talked about how some of the levels were almost impossible to beat, especially what was in his #1 spot. He did an entire skit where he played the hardest mission of Jak II and kept losing over and over again. I know from personal experience on how hard the game is. I did an entire episode of Casual Chats discussing about the Naughty Dog games and I talked about how hard Jak II was. Seeing Gexup becoming angry in an over the top way was hilarious. With the exception of his top 12 favorite games of all time on the Boochow Radio Podcast, this was the last list he ever did and it was his best.

Even still to this day, Gexup considers this versus series to be his "priceless baby" and one of his proudest moments. I can see why. Taking two of his favorite video game companies who do somewhat similar games and seeing which one was superior was not an easy task. But he dedicated over 10 rounds on each game and decided who was the winner. While it become a bit controversial when he said who won overall, he gave a fair explanation on why he chose each game and why he chose who won in the final round. There were so many memorable and funny moments in these videos that I can't list them all here. But watch them and see for yourself. It would be nice to see this list updated with other games such as the other Ratchet and Clank games, Resistance 3, Uncharted 3, The Last of Us, and later on Uncharted 4. Only time will tell.

Those are my top 10 Gexup episodes. What are your favorite episodes from Gexup? Let me know in the comments below. If you haven't yet, check out my interview with Gexup which, at the time, was the last interview he participated in. It's still pretty fun to listen to.