Interview with Kevin Gugliemo about Collector

The other founder of Old School Lane, Kevin Gugliemo, is currently working on a new horror movie The Collector starring upcoming film actress Michelle Wilke and directed by Paul Zamarelli. The story about an attractive girl shrinking her childhood friends to doll size to no longer feel lonely is a indeed a great concept and a breath of fresh air compared to the slasher horror movies and supernatural thrillers of today. I called him today and had his first interview about the movie, the plot, and his passion of movies. 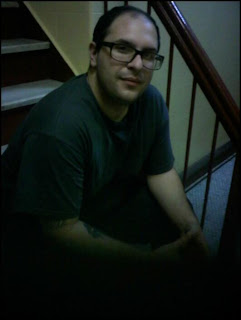 Patricia- Kevin, thank you for your time for this interview.

Kevin- Thank you, I’m really excited about it.

Patricia- So, you start filming the movie next week, huh?

Kevin- Yes, I’ve been waiting for this moment for so long and I’m glad it’s finally becoming a reality.

Patricia- Well, I’m excited for you. Here’s the first question, are you ready?

Kevin- Ready as I’ll ever be.

Patricia- Alright; at what age did you realize that you wanted to be a filmmaker?

Kevin- When I was in 5th grade, I had a teacher named Ms. Farrell who assigned the class to write an essay about what we wanted to be when we grew up. Other students said they wanted to be police officers, teachers, and doctors. But I wrote that I wanted to be a filmmaker. I love movies and I’ve always dreamed of making movies. My favorite movie as a kid was Who Framed Roger Rabbit and it’s still to this day, one of my favorites.

Patricia- What made you decide that your first movie would be a B horror movie?

Kevin- I’ve always loved horror movies. I love Texas Chainsaw Massacre, Friday the 13th, Nightmare on
Elm Street, and many other slasher movies. I also love the Universal monster movies like Dracula, Frankenstein, and The Wolf-Man. I love B horror movies like Attack of the 50 Foot Woman and Village of the Giants.

Patricia- Who are your influences?

Kevin- Oh, wow. There’s so many people I respect and have a huge influence on me. Tim Burton, Steven Spielberg, Peter Jackson, Martin Scorcese, Quentin Tarantino, Bert I. Gordon, Roger Corman. But the one person who was such a huge influence on me was Paul Reubens as Pee-wee Herman. His hard work and dedication for bringing his character to life and his show Pee-wee’s Playhouse inspired me to be a filmmaker.

Patricia- For those who don’t know, can you tell us briefly what the movie is about?

Kevin- Sure; it’s about a beautiful woman named Jennifer who had gone through a really rough life. Her parents are divorced, her childhood friends have gone their seperate ways, and every boy she falls in love with only want to use her for sex. So she decides that she’s going to kidnap her friends, shrink them to doll size, and collect them. If they resist her, then she’ll torture them, stretch their arms and legs, and do anything she can to no longer feel lonely.

Patricia- Wow, where did you come up with that idea?

Kevin- It’s basically a sort of remake of the 1958 B movie, Attack of the Puppet People directed by Bert I. Gordon. But not too much of a remake that it rips it off.

Patricia- What can be expect from this movie?

Kevin- A lot of laughs, gore, blood, and violence. Also, you can expect great people. Michelle, the leading actress, is one in a million. She’s sweet, funny, and a great person to work with. The director, Paul, is great as well.

Patricia- What kind of music are you using for the movie?

Kevin- We haven’t decided on the music yet.

Patricia- That beeping sound means it’s time for a random one minute interview. I’m going to set the time for one minute and I’m going to ask a series of questions. You say the first thing that pops into your mind. Ready?

Patricia- Alright, here we go. What was the last movie you saw in the theatres?

Patricia- What food you wouldn’t eat for a million dollars?

Patricia- What cartoon from your childhood would you like to see make a comeback?

Kevin- He-Man and the Masters of the Universe.

Patricia- What was the last book you read?

Patricia- Time’s up. That’s all the time we have for today. Kevin, thank you so much for your time.

Kevin- Thank you. It was fun.

Patricia- The Collector is right now being filmed and will be coming out soon. If you would like to support Kevin and the movie, here’s a link to Kevin’s movie page.

http://www.facebook.com/pages/Collector/283675835010038
When it’s released, please check it out. It should be both scary and fun. Hope to see you around the Old School Lane. See you later.
-Patricia and Kevin
Posted by Old School Lane at 10:38 AM

Email ThisBlogThis!Share to TwitterShare to FacebookShare to Pinterest
Labels: Attack of the Puppet People, inspirations, Kevin, movie, The Collector