My most anticipated movies and video games of 2012

Almost a month has passed since 2012 has graced us in our everyday lives and so far, it hasn't felt any different for me than if it was 2011. However, as I wandered into the vast world of cyberspace, I found out that a lot of really cool things are coming out entertainment wise. When it came to movies and video games, they're really coming out with some really interesting things that I'm actually looking forward to. I don't know whether it has to do with the so-called "It's the end of the world so let's celebrate the time we have left with a bang" scenario, but whatever. Here are some movies that I'm excited about for 2012.

Beauty and the Beast 3D

I can't believe that in last November, Beauty and the Beast celebrated its 20th anniversary of its release. It seems like only yesterday that I saw this movie in the theater with my mom and sister and loving every moment of it. Man, I'm really getting old. This movie is a classic and it's one of my absolute favorite Disney movies. I'm not really into the whole princess thing, but I have to admit that I love Belle . She's odd, intelligent, a bookworm, pretty, and assertive, unlike a lot of the other Disney princesses that are pretty much damsels in distress. (If I had to choose my second favorite princess, it would be Tiana from The Princess and the Frog.)

I love the story, the side characters, the animation is beautiful, the songs are memorable, and the pacing of the relationship between Belle and the Beast. Next week, the movie will be released again in theaters in 3D. While I'm not big into the whole 3D epidemic, I will definitely be one of the first people on line to watch this movie. 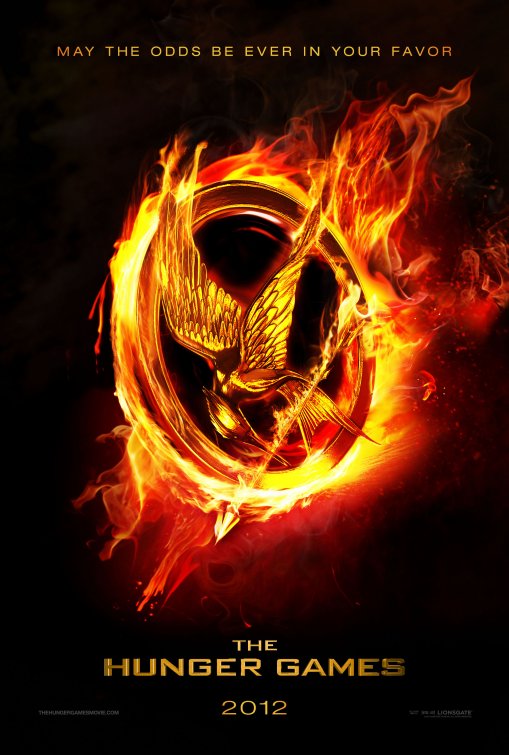 Based on the dark, grim trilogy written by Susanne Collins, the story of Katniss Everdeen competing in a game show involving with killing the other contestants to survive will arrive in theaters this March. I've read the trilogy a year ago and I've loved it, unlike the Twilight trilogy. I'm really looking forward to seeing how this movie holds up with the book.

Based on the ABC TV soap opera from 1966-1971, it involves with vampires, monsters, witches, ghosts, zombies, Johnny Depp, and Tim Burton. Being a huge Tim Burton fan, I will be expecting a lot of great art, a intriguing story line, and a lot of dark undertones and goofy scenes.

A movie that has Thor, the Hulk, Iron Man, Captain America, and many other superheroes all at once? Holy crap, where do I buy my ticket? As a big fan of superheroes, this looks like it's shaping up to be an awesome flick.

Pixar's first ever princess movie looks and sounds awesome. The story of a rebellious archer princess name Merida whose against going against the traditions of royalty. Her actions causes chaos throughout the whole kingdom and she has to restore it before it's too late. That sounds like the most kick ass Disney princess movie ever! I hope that this puts Pixar back on the map after that disappointing piece of crap that was Cars 2.

There are a lot of video games I'm looking forward to. With last year being called one of the greatest years in gaming ever, it's going to take a lot of top notch games to be released. Here's a list of some of the games I can't wait to play:

The original Bioshock was one of the greatest FPS ever. The creepy atmosphere of Rapture, the fresh storyline with a lot of twists, surprises, and multiple endings, complex characters and interesting weapons is what makes this game great. The sequel was okay. BioShock Infinite takes place in a air city called Columbia in 1912 where a former Pinkerton agent named Booker DeWitt rescues a woman named Elizabeth from being held hostage for 12 years. The graphics look awesome and the concept sounds really cool. 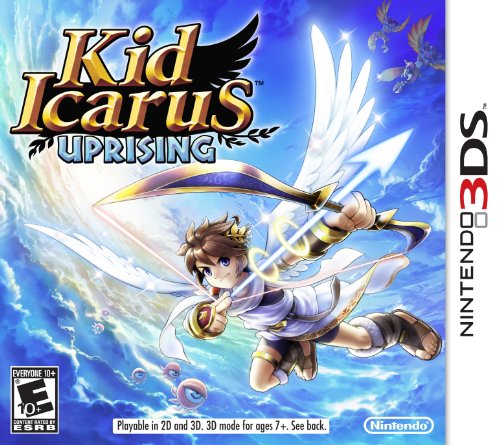 The original Kid Icarus is a classic NES game that unfortunately didn't go very far compared to Mario,
Zelda, and Metroid. But when he appeared as a character in Super Smash Bros. Brawl, people were excited that Pit was in the game and they were looking forward to another Kid Icarus game. Years later, after many rumors and speculations, Kid Icarus: Uprising was announced for the 3DS. The gameplay looks very different compared to the previous games, but it looks pretty good. So far, the 3DS hasn't really been selling like hotcakes and the 3D hurts my eyes after a few minutes. Maybe this game will pick up the popularity of the 3DS.

The same company that released awesome PS2 games like Ico and Shadow of the Colossus announced in 2008 that they were going to release a game involving a boy and a griffin-like creature named Trico trying to escape a castle and focusing on the friendship between the two. Unfortunately, the game had been delayed year after year and was almost cancelled a few times. Finally, the game will be released this year and I think will be one of the last great games of the PS3 before the PS4 will be announced. I can't wait to check it out.

The final game in the trilogy promises to be the biggest story in the series. Every decision that was made in the previous two games is carried on with the new game and is just as important as ever with the storyline. Commander Shepard travels to new planets and recruits new soldiers to finish the war against the Reapers once and for all. While I'm not a huge fan of this series compared to my cousin, I'm still looking forward to it. 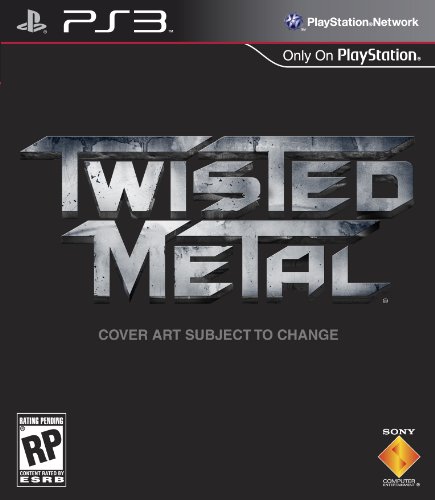 In the late 90's and early 2000's, over-the-top racing games were all the rage and Twisted Metal was one of the best. Not really much to say about it, but there will be new cars, online gameplay, and the same characters from the previous games will be there. I haven't played a crazy over-the-top racing game since Jak X: Combat Racing and the trailers and pictures make it look like a lot of fun.

When I first heard that a new Tomb Raider was coming out, I was excited. Over the years, the series took a turn for the worse and the games became awful. However, similar to the Sonic the Hedgehog series, the Tomb Raider series changed for the better when Lara Croft and the Guardian of the Light came out in August 2010. Even though it was very different from the previous games, it was a great comeback for the series. In E3 2011, a new trailer of the game came out and it looks like it took the best from the earlier Tomb Raider games and improved on it.

During the PS2 days, my favorite platformers series were Ratchet and Clank, Jak and Daxter, and Sly Cooper. When the PS3 came out, only the Ratchet and Clank series continued while the other series ended. However, Sucker Punch Productions, the company who created the Sly Cooper series, teased about a Sly Cooper 4 in their other game Infamous. In E3 2011, the announcement of Sly Cooper 4 got people excited. The plot takes place years after Sly 3: Honor Among Thieves in which the main characters Sly, Bentley, and Murray reunite and their main mission is to retrieve the stolen Thievus Racconus, the book that belonged to the Cooper family for generations. Although Sucker Punch is not getting involved with the game, it looks just like the previous games.

That's my list of my most anticipated movies and video games of 2012. I have a really strong feeling that I'll be seeing more movies and games that would look just as awesome. Thanks for chilling out with us at the Old School Lane. Catch you later.

-Patricia
Posted by Old School Lane at 10:28 AM