Hey everyone, Patricia here. Sorry that we haven't been posting anything in a while, but Kevin and I are hard at work for the upcoming summer tribute. Ordinarily, posts would be put up at least once a week for any updates for any projects, but there's really not much to say. I would probably be boring you guys with discussions about the amount of hours Kevin and I did watching cartoons, movies, teen shows, and game shows. Not to mention the days that it took to research and read articles from old newspapers, blog posts, and magazines about the show's debut and reviews. Trust me, you're not missing out.

Plus, we're living our daily routines as well. Kevin has work and my sister has finally graduated from college with a B.S. in Psychology, so I haven't been on the computer as much. Plus, I have an upcoming job interview, so I'm really looking forward to that. The good news is that there's only one more month to go until everything that we've put our energy and time on for many months will be shared with the world!

Here's how it's going to go.

1. We're going to go through almost every single show, movie, etc. chronologically starting at December 1, 1977 all the way through today. I'll bring up a little synopsis of what was going on during that time and some of the shows they were showing to bring you into that perspective.

2. As mentioned previously, we're going to only discuss shows, movies, etc. that were EXCLUSIVE to Nickelodeon. If it was a show that was shown in a previous country like Canada and then it was shown in Nickelodeon first when it came to America, then it counts.

Example: You Can't Do That on Television 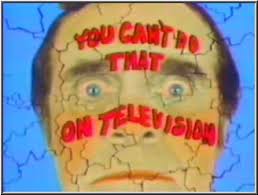 If it was a show that was shown in a previous network or channel like ABC or CBS, then transported to Nickelodeon, then that show doesn't count. Trust me, as of now, I've counted over 100 shows, almost 20 movies, 15 game shows, and an assorted amount of specials for Kevin and I to review. I think we have more than enough to cover. Not to mention a few top tens, video game reviews, and more. 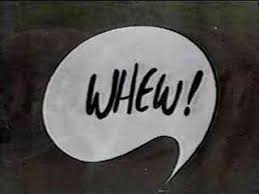 Also, there's one more thing to mention. Since you guys have been so supportive and so awesome with your great feedback and excitement about our summer tribute, I will let you in on a little secret. Kevin came up with a fantastic idea. He thought that getting in contact with a couple of people who we grew up seeing in Nickelodeon and interview them for the blog and the tribute would make it even more special. I thought that his brilliance had shined for Old School Lane once again, but I was skeptical since I wouldn't think in a million years that they would be interested in doing something like this. However, we decided to give it a try. After trying to contact over 100 people who used to work at Nickelodeon; actors, actresses, voice actors, voice actresses, puppeteers, creators, producers, directors, animators, and writers, we finally succeeded on our first interview.

Remember, you can do the impossible if you never give up, work hard, and work together. I learned that a lot when doing this tribute. The person that we got for an interview with is a person that Kevin and I grew up with. A person that we sat down and watched everyday. Someone who we admired. A person who hosted one of the greatest shows in Nickelodeon history. A show that we always wanted to be in. One of our childhood heroes! That person is...

Marc Summers, the host of Double Dare and What Would You Do? We'll be posting that up when we finished discussing and reviewing Double Dare around late June. However, he's not the only one we got! Stay tune for the duration of the summer to see who else we had the chance to interview. You'll be quite surprised! We might have to pick up your exploded head pieces afterwards. Maybe. Did that information hold you up until June 11th? Are you more hyped now? Post it in the comments and let us know.

I just want to let you know something before I go. I just want to thank you guys so much for your amazing love, feedback, and great support! We couldn't have done something this ambitous without you. Kevin and I aren't just doing this for us, we're doing it for you!

We want you to reminisce with us, we want you to praise the awesome/bad shows from our childhood, we want you to share your stories on how Nickelodeon came to your lives, and mostly, we want you to smile, be happy, and have a great time. After all, we're a big family and we should enjoy ourselves and have fun. This is what it's all about! We hope to see you around Old School Lane real soon. Thanks for reading, guys.