Dan Schneider. I have a love/hate relationship with this man, especially the latter. He was a pivotal role on why All That and Kenan & Kel became the most successful Nickelodeon live action shows in the 90's that is still fondly remembered to this day. After that, his career for Nickelodeon ended up being hit and misses when he started creating his own shows. The Amanda Show, being the last show to debut in the 90's, had varied skits that had both good and bad skits that was done well due to the talents of Amanda Bynes, Drake Bell, Josh Peck, and the rest of the cast members. Drake & Josh, being my favorite show that Schneider ever created, has a lot of major problems with the characters acting stupid, mean spirited, and annoying. However, it's still a great show due to the clever writing, witty and sarcastic jokes, and memorable characters. But then, he took a huge step backward with Zoey 101 with stupid, shallow, and annoying characters that were horribly miscast, the jokes falling flat on its face, and each episode being forgettable or atrocious. However, Zoey 101 would not only be the most expensive Nickelodeon show at the time, but it became the most successful live action show for the next 5 years.

Nickelodeon then allowed Schneider be the head man behind more live action series with people who had previously created programs for the network such as Thomas W. Lynch and Will McRobb and Chris Viscardi make shows for another channel called The N with most of them being forgotten by viewers. With that said, Schneider created another live action show that was a unofficial spinoff from Drake & Josh in the form of iCarly that debuted on September 8, 2007.

Before I get to the review, I need to discuss about the core of the concept that the show is about: the Internet. A year prior to the show's release, James Rolfe created an online series of videos called the Angry Video Game Nerd where he would review bad video games from his childhood. A simple idea that he did as a joke turned into one of the biggest phenomenons in history. At that point, everyone copied the idea of reviewing bad video games. Some were good such as Jontron and PeanutButterGamer. Others were horrible such as Irate Gamer. Then, the simple idea became a lot more complex with using the Internet to become famous such as movie reviews like The Nostalgia Critic, podcasts such as The Nerdist, animating cartoons such as Kirbopher and Egoraptor, Let's Play channels such as Game Grumps and Two Best Friends Play, writing and singing their own songs on YouTube such as Brentalfloss and Epic Rap Battles of History, and doing skits such as Man Boobs Comedy. If people wanted to jump start a career in writing, animation, acting, or singing, it was no longer required to move to Hollywood and hope for the best, nowadays it's all about going online and getting your name out there. 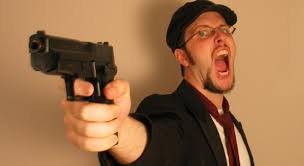 iCarly is about a young teenage girl named Carly Shay (played by Miranda Kosgrove) and her best friend Sam Puckett (played by Jennette McCurdy) who acted in a talent show at their school. Carly's friend and neighbor Freddie Benson (played by Nathan Kress) filmed their performance at the talent show and posted it online without their consent. All of a sudden, over 70,000 people saw and loved their chemistry together and it became a viral hit. With that, Carly, Sam, and Freddie create the website iCarly with Carly and Sam hosting the show and doing various skits and Freddie filming and producing them. Carly lives a somewhat normal life with her older brother Spencer after their dad was stationed in a submarine by the Air Force. She goes to school, deals with issues at school and life, and hangs out with her friends. 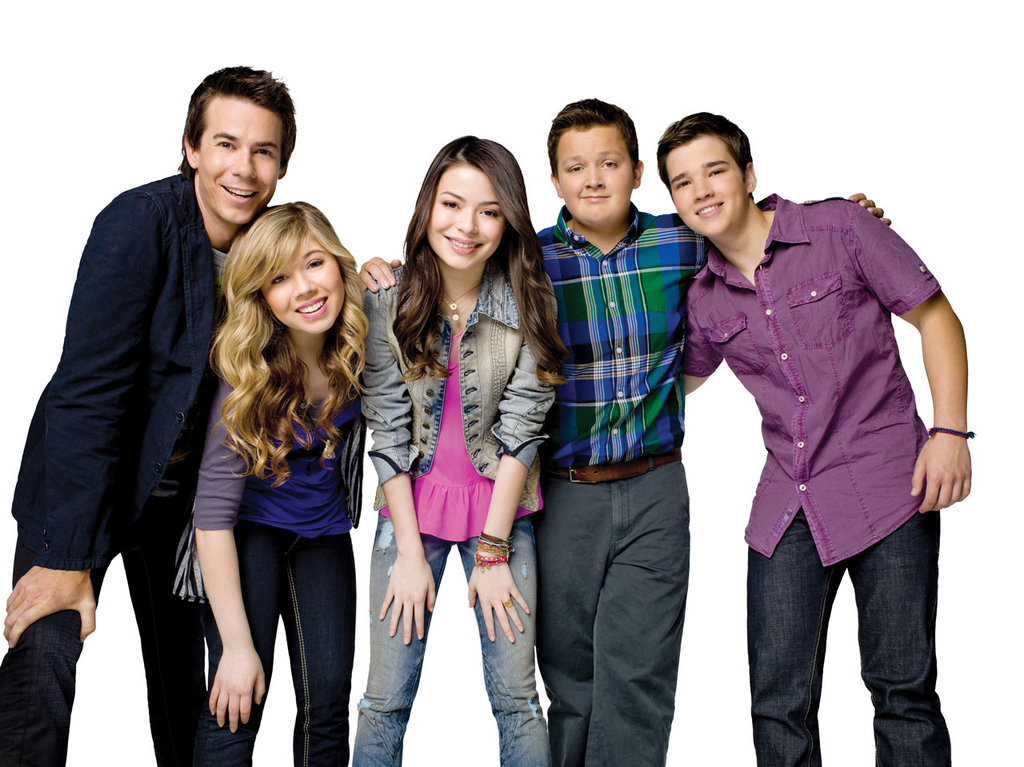 Originally, the show was called Starstruck with the plot involving a teenage girl getting her own TV show. But then, his friend Steve Molaro who is a writer and executive producer of The Big Bang Theory, gave them the idea of having the show online instead so that they can be more freer to do whatever skits they want. According to a fan Q&A on Dan Schneider's Blogger site back in 2012, the idea of iCarly went through many changes after it became the final product that we know today.

"I came up with the name iCarly while filming on the set of Zoey 101.  My friend Steve Molaro (now executive producer of The Big Bang Theory) was working with me, and we were trying to think of a good title for my new series about kids who start their own web show. At that point, in my pilot script, the lead girl's name was "Sam" and we tried to get the URL iSam, but it was taken.  So, I tried a bunch of other girls' names.  I actually bought iJosie (dot com), thinking I might name the lead character Josie, but then I decided I didn't like it.
Then I tried iCarly, and I got it.  I loved that name for the lead character, so I changed the names of the two lead girls from Sam and Kira to Carly and Sam.  (I still have my original script where it's Sam, Kira, and Freddie.) So, back in 2007, if someone hadn't already owned the URL iSam.com, then iCarly would likely have been called iSam."

Throughout the series, iCarly has had numerous celebrity guests on board including Internet celebrity Fred Figglehorn, the cast of Victorious, and even First Lady Michelle Obama. iCarly became a huge success for Nickelodeon generating millions of views and becoming the #1 live action show for a number of years. iCarly would even feature in marathons alongside with SpongeBob SquarePants. Despite this, the show had generate mixed reviews from critics and viewers. The show lasted for 7 seasons ending its run on November 23, 2012. The last episode "iGoodbye" had generated over 6 million viewers having Carly heading to Italy see her father to invite him to the Father-Daughter Air Force Dance. It ends with Carly moving with her father to spend more time with him and announcing that iCarly will be going on a hiatus until she returns home. 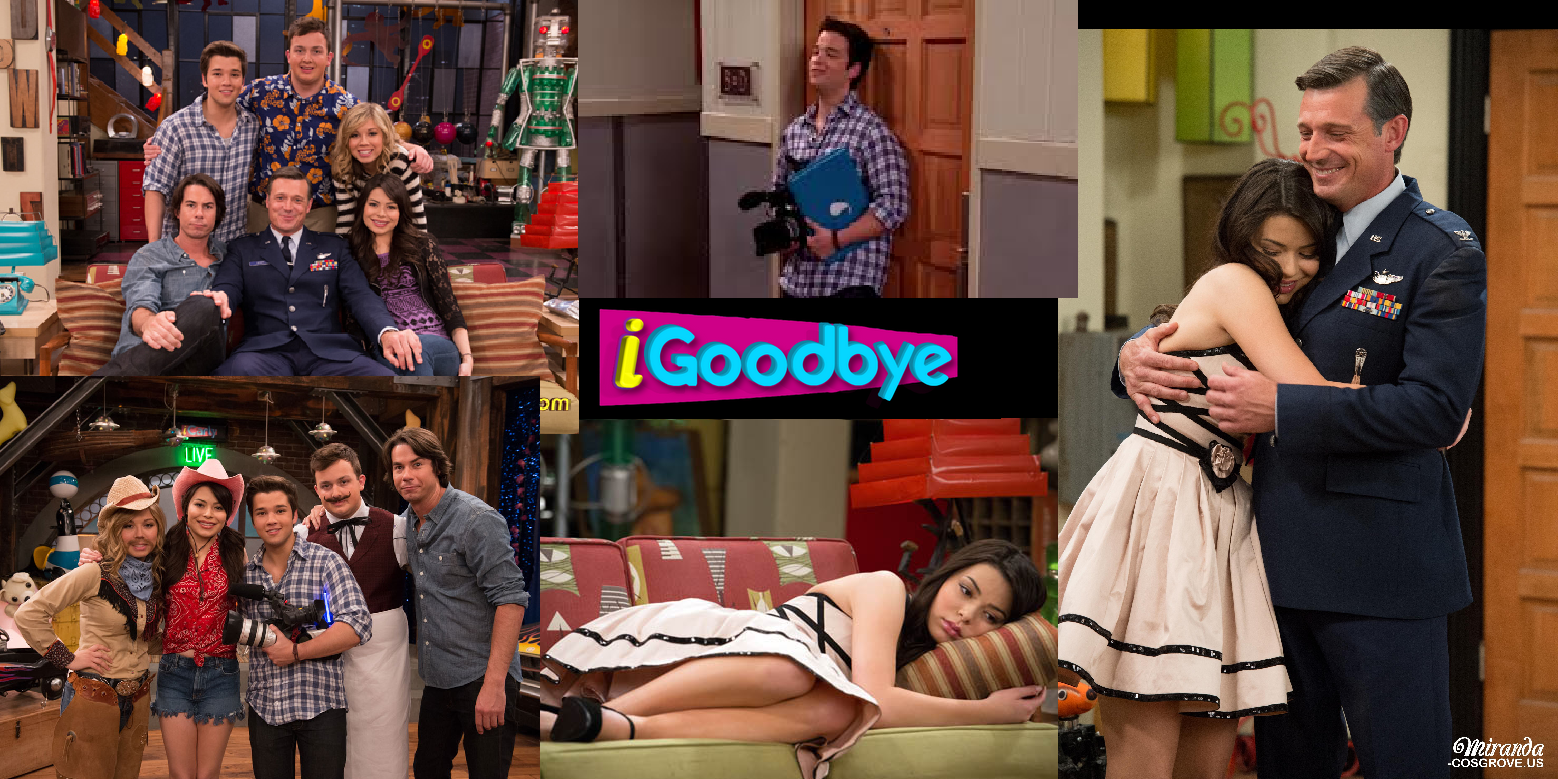 Overall, I love the concept of this show. It was appropriate at the time and is still relevant to this day with the Internet becoming more viewed than television. However, that doesn't mean I love the show. In fact, I absolutely hate it! It has the same flaws as Zoey 101 and every single Dan Schneider program. First, the characters are really annoying and unlikable. They are very shallow minded, stupid, and very ignorant towards people that are not as popular or as cool as them. Although it's not as bad as the characters from Zoey 101, it's still pretty unrealistic for kids and teens to relate to. Also, the episodes are at times forgettable and frustrating. Most of the plots from the episodes are copied and rehashed, most of the problems end positively too quickly and too convenient like a sitcom from the 80's and 90's, and the acting is all over the place. The actors and actress are a step up from Zoey 101, however it's weighed down crucially by awful writing and terrible directing.

This is a show that I really want to see remade, but done right. It should have involved with Carly wanting to be an Internet celebrity, but showing the struggles of being one. In the first episode, Carly and Sam are already famous literally overnight and that's NOT how it works. It takes hard work, dedication, passion, and perseverance to become well known online. In iCarly, they're famous without even trying, which is very irritating for someone who puts in a lot of work such as a video review, blog, or podcast, and having little to no recognition. Old School Lane has been around for over 2 years and we are not even close to being famous or popular. iCarly would have been better if it would have been like Ned's Declassified School Survival Guide in which they would give tips and tricks on how to be famous online and how to deal with competition with other websites. Or maybe it would have been more original with its concept. Instead, it feels like a Dan Schneider show. At this point, if your name is not Schneider, then live action Nickelodeon shows pretty much don't go anywhere. They're very mediocre, bland, horrible, and are short lived. Later on in the tribute, we'll be tackling other live action shows done by other people and they'll progressively get worse and worse.

iCarly is a show that has a great concept that was ahead of its time, but its execution was very poor. I really don't recommend checking it out.

That's all for now. Tune in next time as we conclude 2007 with Back at the Barnyard.