Old School Lane's Nickelodeon Tribute: Back at the Barnyard

To conclude 2007, the next show to review is the 2nd adaptation based on a Nickelodeon movie. The first one was The Adventures of Jimmy Neutron: Boy Genius. The second one was Barnyard. As you recall from our Barnyard review, the movie made over $116 million dollars in the box office despite the negative reviews from both the critics and the viewers. But as this point, Nickelodeon saw a profit in this and decided to get Steve Oedekerk to give us Back at the Barnyard which debuted on September 29, 2007.

The show takes place after the movie in which Otis (voiced by Chris Hardwick) goofs around and has crazy adventures with his friends while he's supposed to watch over the farm from danger. Most of the animals from Barnyard appear in the show such as the mouse Pip, the dog Duke, the pig Pig, the rooster Peck, the weasel Freddie, and the cow Bessie. Most of the humans from the movie come back as well such as the farmer, Mr. and Mrs. Beady, and Snotty Boy. However, a new female cow appears in the show who replaced Daisy from the movie. Abby is a tomboy who loves adventure and has a little crush on Otis. The main plot of the show involves with wacky adventures involving the barn animals such as Otis and Pip saving the world as Cowman and Ratboy, the animals trying to find a wife for the farmer, competing in a Olympics-like event at the barn, and mostly pulling pranks on Mrs. Beady while she tries to tell everyone that the animals talk with no one believing her. 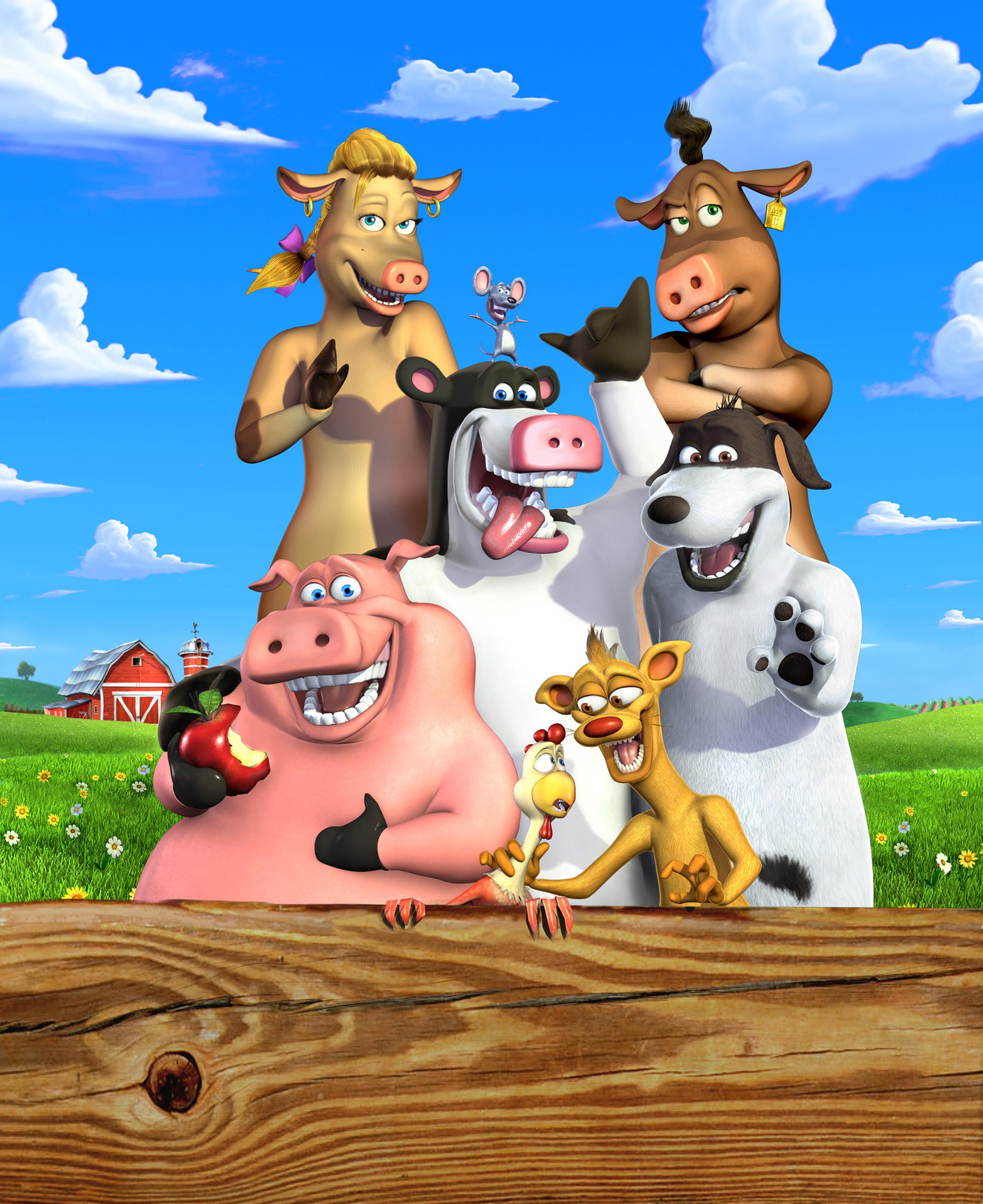 The show lasted for 2 seasons ending its run on November 12, 2011. The show went through a hiatus to prepare for a spinoff of The Adventures of Jimmy Neutron: Boy Genius. Then eventually, they released the last episodes of the show with little to no advertisement. Despite this being an adaptation from the movie, you don't have to see the movie to watch the show. Even when watching the show, it focuses on a lot of pop culture references and parodies popular movies and TV shows. While I will say that Back at the Barnyard is a lot better than the movie, that's not really saying a lot considering on how awful the movie was. Many cartoons do this style of humor as well, but there are some that use this as to entertain the older viewers while having clever jokes, memorable characters, or fun songs for the younger kids such as Looney Tunes. Back at the Barnyard's isn't very clever or funny with it. It's pretty mediocre. Besides the lackluster jokes, there are major flaws with the show. The one thing I cannot forgive is removing Daisy from the show. While Daisy wasn't an interesting character in the slightest, she was important to the plot of the movie. She was Otis' love interest who helped him when Otis had doubts of running the farm after his dad was killed by the coyotes. Instead, the series gave us Abby, who is not that interesting as a character. Plus, Daisy had a son whom Otis swore to protect while making a promise to the barn to watch over it. It seemed that the writers wanted to retcon Daisy so that Otis would be more freerer to goof around and have wacky adventures with his friends, which means that he's acting the same way as he did in the movie.

I'm sorry, but this is a glaring issue. Otis' father Ben died protecting the farm and Otis had a change of heart learning that he can't act immature anymore. He has a job to being a leader of the barn protecting the other animals from harm. So basically, according to the way Otis acts in Back at the Barnyard, Ben pretty much died in vain. His death is never even mentioned in the show at all. That's very stupid on the writers' part. They should be ashamed of themselves for forgetting the only things that made the movie good.

Another glaring issue in this show is that there's no sense of danger whatsoever. As previously mentioned, the main antagonists in the movie were a group of coyotes that stole chicks for food. While they were defeated at the end, they never came back in the TV series. King Goobot and Ooblar from Jimmy Neutron: Boy Genius came back in The Adventures of Jimmy Neutron: Boy Genius a few times over, so why not the coyotes? In fact, there are no villains in the series at all. No evil creatures stealing farm animals, no humans trying the threaten the farm, absolutely nothing comes and give conflict to the show. While you can say that Mrs. Beady would since she would give the secrets of the animals talking, that's pretty weak. The show relies too much on humor. Now if the humor was good, I can overlook that. But as I just stated earlier, it's not.

The only saving grace for me when watching this show was Chris Hardwick's portrayal of Otis. Kevin James' portrayal of Otis in the movie was incredibly bland and forgettable. Otis in the TV show had some funny lines from time to time and kept me slightly entertained. But then again, this is Chris Hardwick we're talking about. Anything from him is always going to be funny. Other than that, this show shouldn't have been made. As an adaptation from Barnyard, it pretty much retcons the characters and plot from the movie that made it decent and kept in everything that made it unfunny and uninteresting. As a standalone show, it's very boring and mediocre with bland characters and jokes that fall flat on their face more than make you laugh. I don't recommend checking it out.

That's all for now. Tune in next time as we go into the year 2008 with a movie review of The Spiderwick Chronicles.

-Patricia
Posted by Old School Lane at 6:43 AM

Email ThisBlogThis!Share to TwitterShare to FacebookShare to Pinterest
Labels: Back at the Barnyard, Barnyard, Nickelodeon, Nicktoons, old school lane