A few days ago, I went over to Paradise City Comic Con over at the Fort Lauderdale Convention Center. It was once known as Magic City Comic Con which was at the Miami Convention Center, but the Miami center is currently being renovated and the remaining South Florida anime/video game/comic book conventions will be held at Ft. Lauderdale. With it being a newly named convention, it was smaller than Florida Supercon, but there were still plenty of fun activities to do and lots of awesome guests to meet. 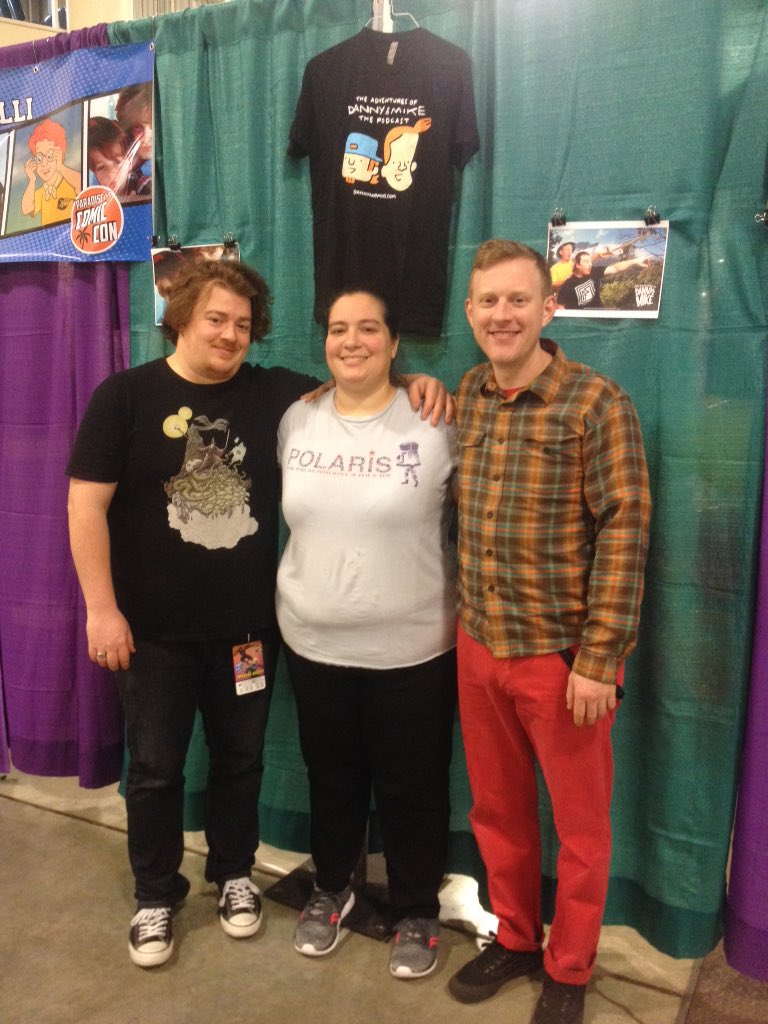 Mike and Danny were both in The Adventures of Pete & Pete as the Pete brothers. I had already met Mike a few years ago at the Slimed! book event at NYC, but this was the first time I met Danny. They were really awesome guys as we briefly talked about Pete & Pete, the book event, and them even talking about a possible reunion next year. I even wore my Polaris t-shirt proudly as I got my picture with them. Danny autographed my Slimed! book next to Mike's autograph. 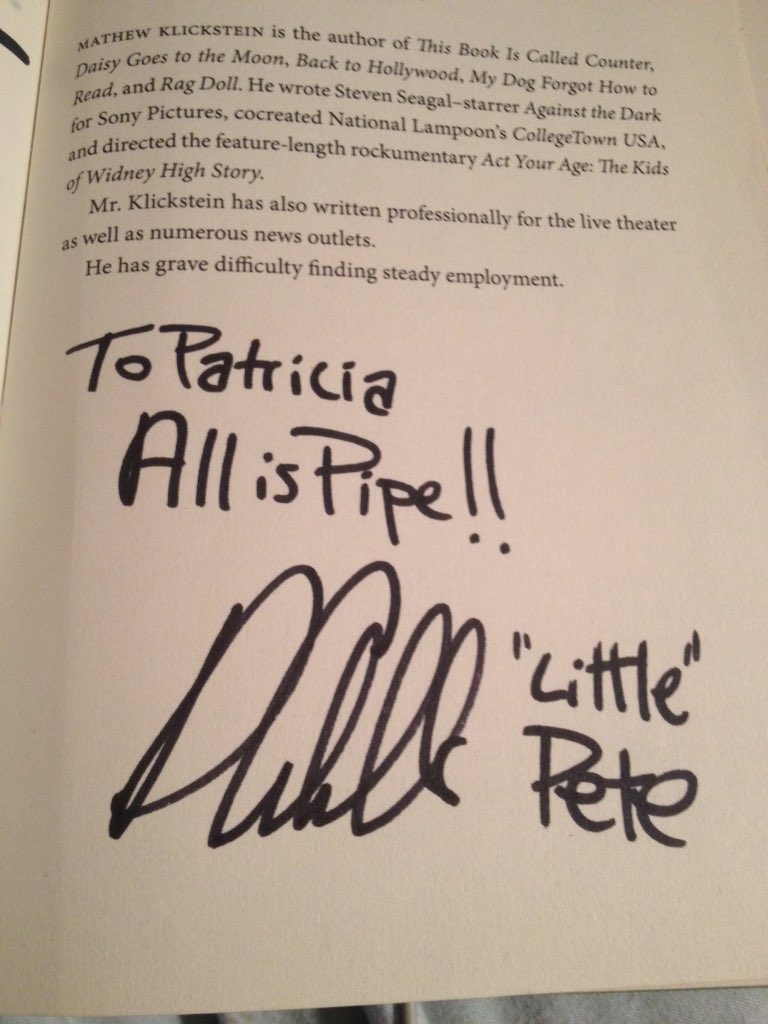 Later that day, I went to the Pete & Pete panel where Danny and Mike answered questions from the fans about things from the show, Home Alone 2, The Mighty Ducks, and All That. They told a lot of stories that made everyone in the audience laugh. It was even better when an unexpected guest showed up. Joey Fatone from NSYNC appeared asking a bunch of questions that the fans had already asked making the audience laugh even harder. He even called himself Frank saying that he wasn't Joey Fatone, but we all knew he was. It was, hands down, the best convention panel I've been to yet. 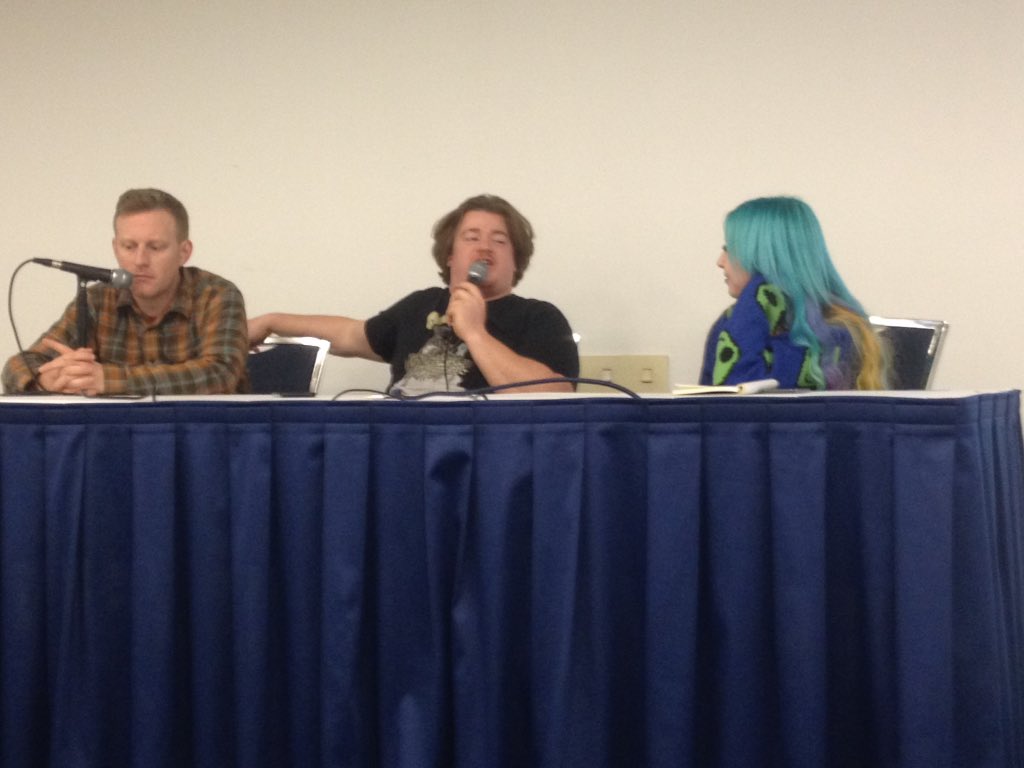 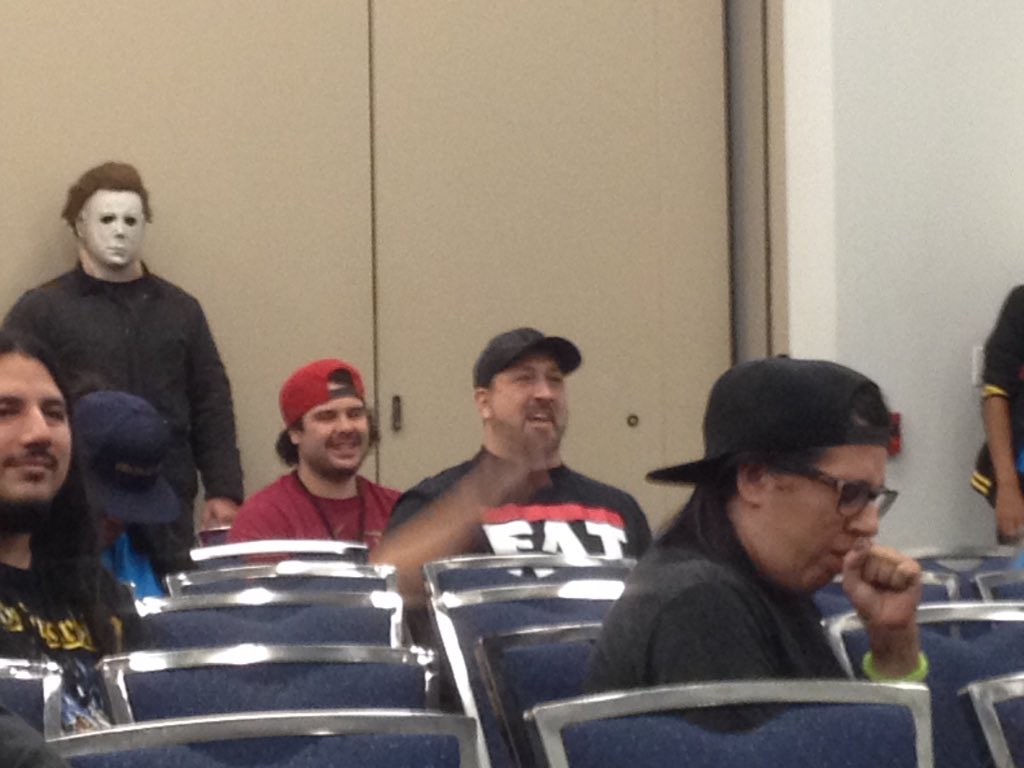 After the Pete & Pete panel, I walked over to Joey's desk and got a picture with him. 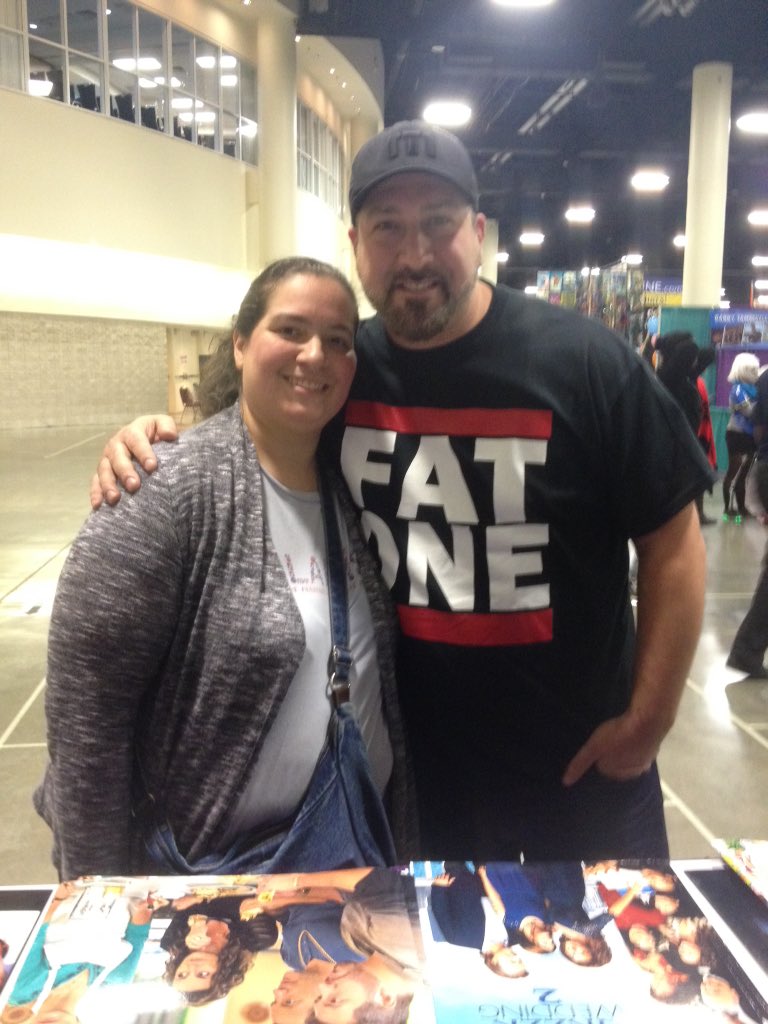 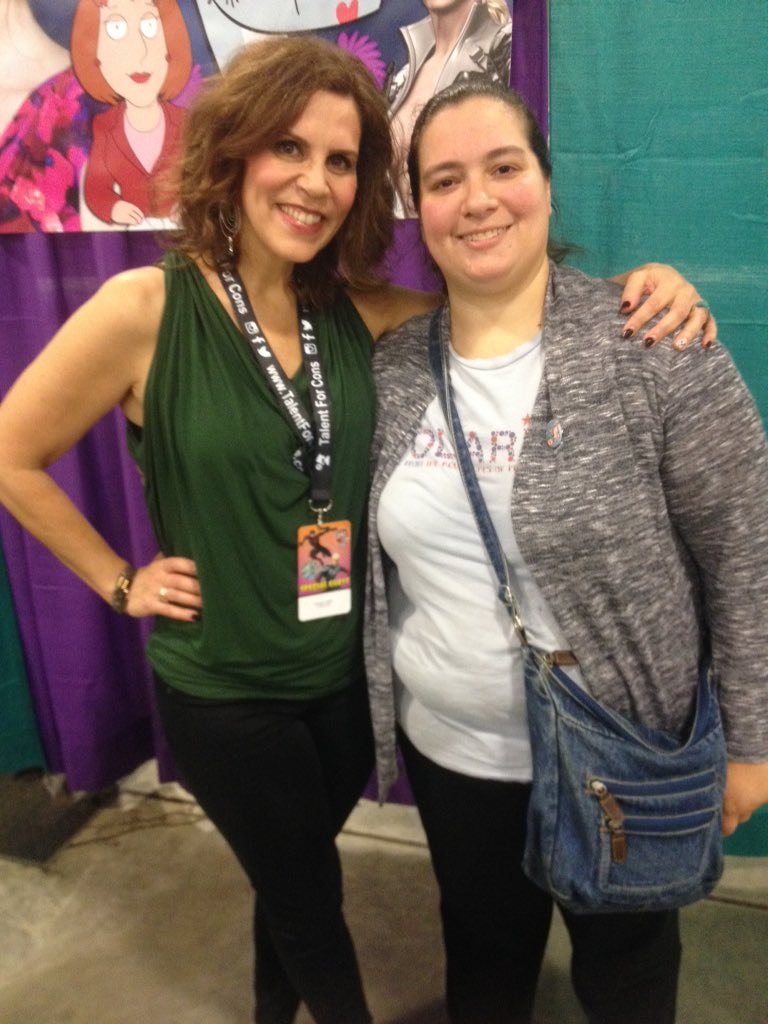 Lori Alan is a voice actress known for characters such as Pearl from SpongeBob SquarePants, Diane Simmons from Family Guy, and even voiced Chairry on The Pee-wee Herman Show in LA. She was very nice and next to her was Rodger Bumpass, the voice of Squidward from SpongeBob. I had already met him at Florida Supercon two years ago and it was nice to see him again. I even went to their panel where a lot of kids showed up asking a ton of questions about SpongeBob. I was the only one who didn't ask questions on SpongeBob asking Lori about her experience with Paul Reubens at The Pee-wee Herman Show and Rodger about his experience working as the Chief in Where on Earth is Carmen Sandiego? It was a lot of fun, especially when seeing the kids smile whenever Lori and Rodger quoted lines as their characters. 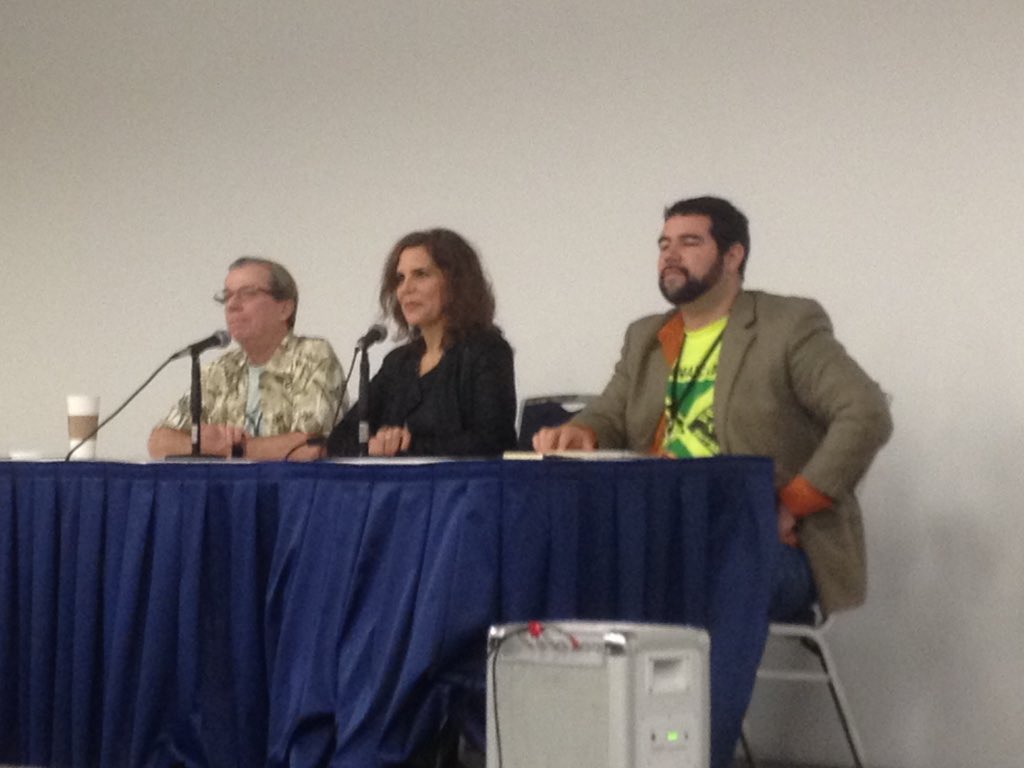 Afterwards, I went over to meet up with Melissa Fahn, a voice actress well known for characters such as Edward from Cowboy Bebop and Gaz from Invader Zim. I asked her to autograph my Invader Zim DVDs adding her signature to my collection alongside Richard Horvitz, Rikki Simons, and Rodger Bumpass. 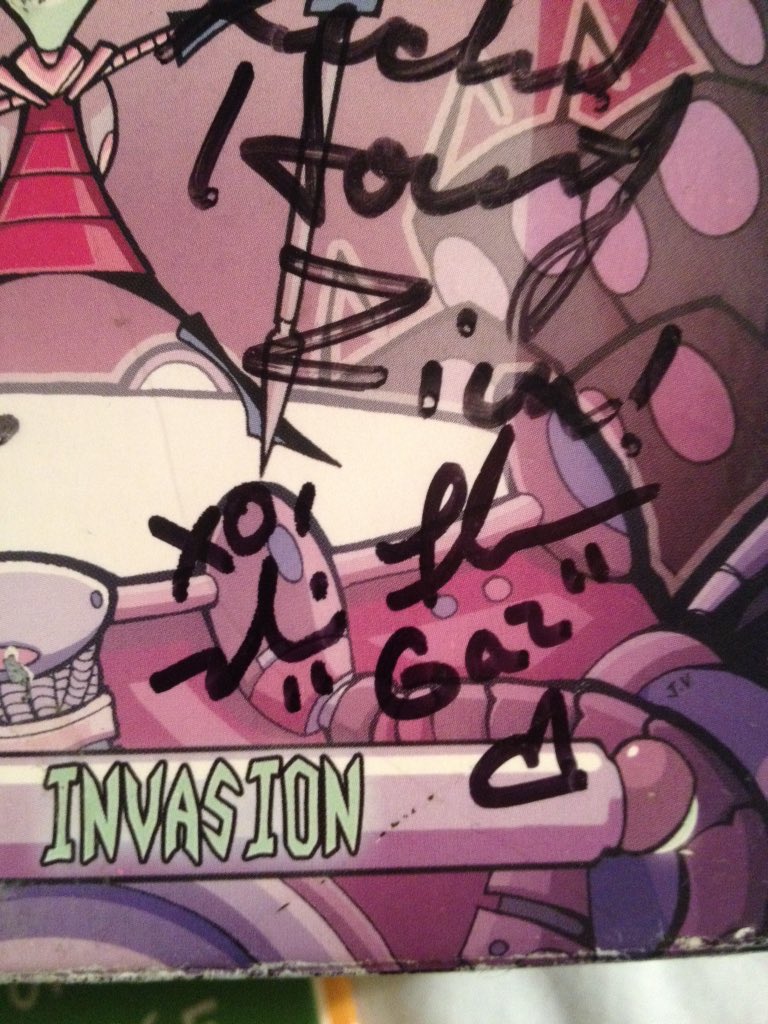 Next, I went to a few more panels such as Dante Basco's panel, an actor known for his roles as Rufio from Hook and Prince Zuko from Avatar: The Last Airbender. It was pretty awesome that a group of people remembered that the day he was doing the panel was the 25th anniversary of Hook and surprised him with a cake. There were questions about Hook, Avatar, working with The Nostalgia Critic, working with Mako, and representing Filipino actors. I met him afterwards and he was a pretty cool guy. 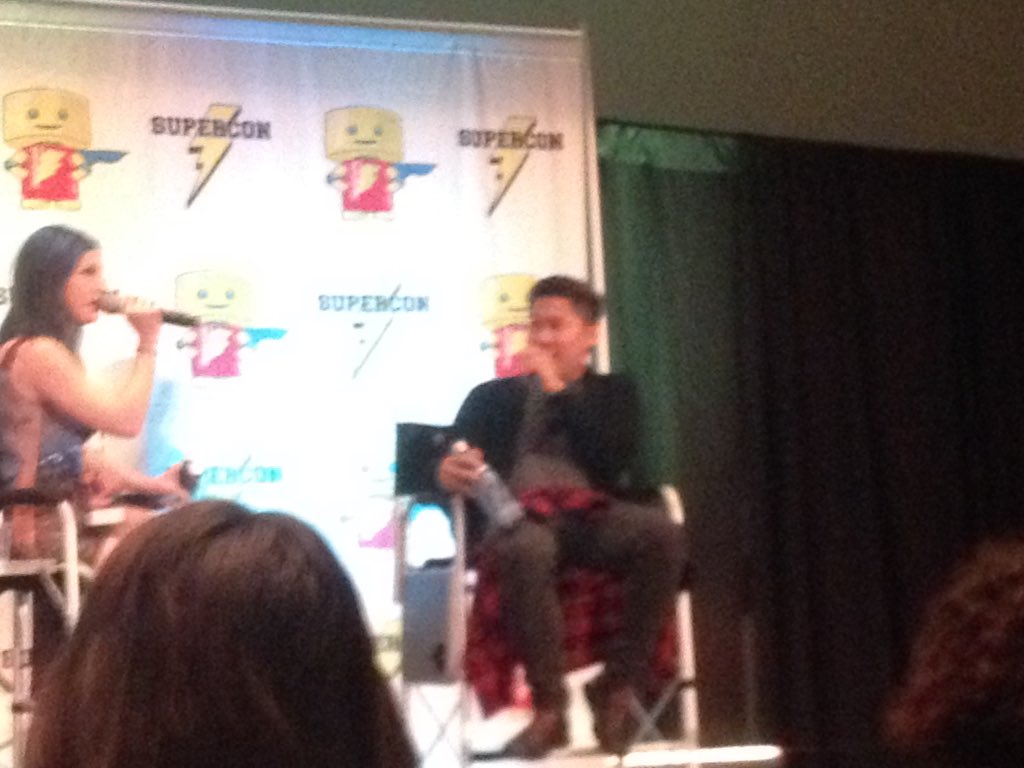 I later went to the Disney trivia panel and paired up with two Disney fans who were cosplayed as Esmerelda from The Hunchback of Notre Dame and Cooking Mama. We worked together to answer various questions from animated Disney movies, Star Wars, Marvel movies, and the Disney theme park attractions. We won 3rd place and had gotten Disney tattoos and an Ariel pin. I gave it to my sister as a gift since The Little Mermaid is one of her favorite Disney movies and Ariel is her favorite Disney princess. 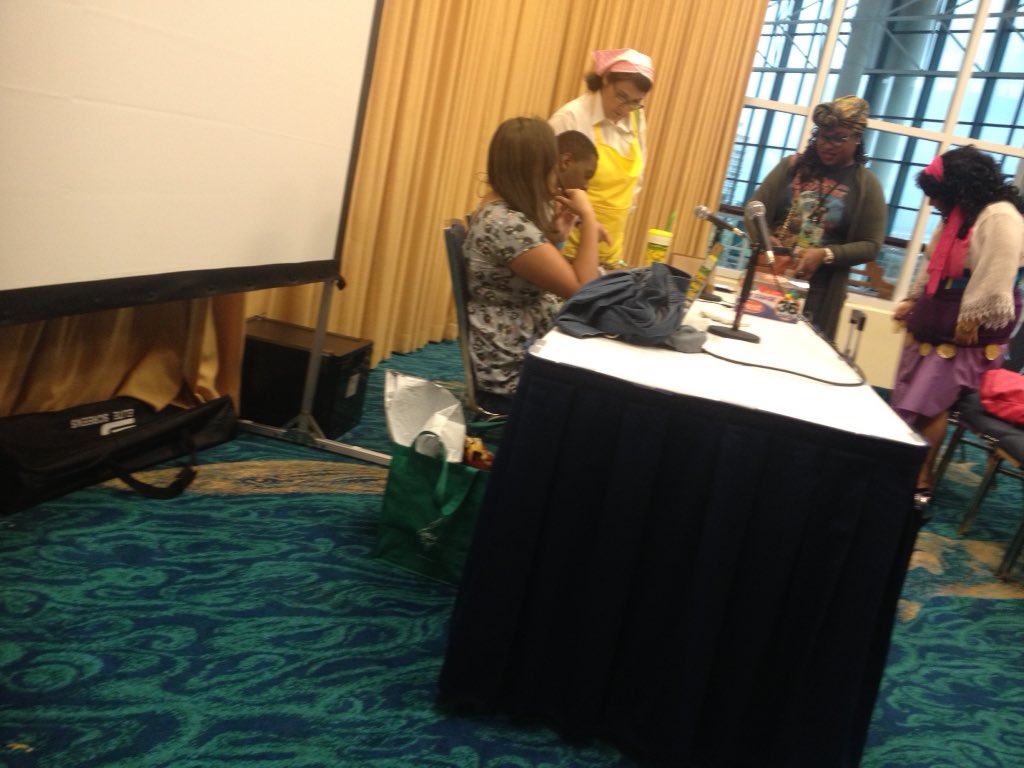 I stayed until almost closing time and walked around to enjoy the last round of activities. I walked towards Tad Stones' table and asked him for a picture with him. Tad Stones is known for being the creator of Darkwing Duck. He even gave me a sketch of Darkwing Duck that he was drawing for free and autographed it. 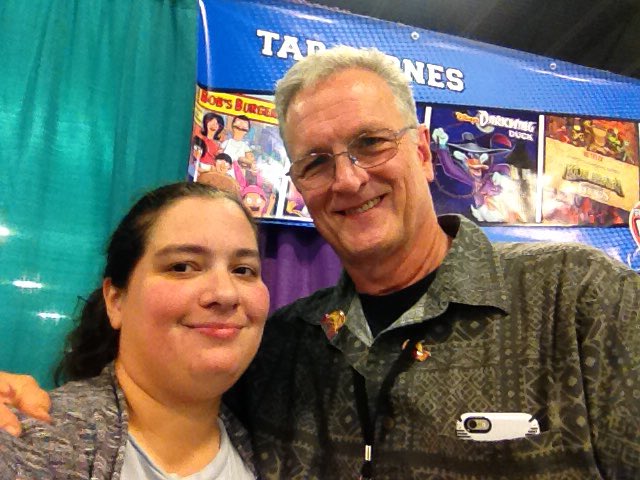 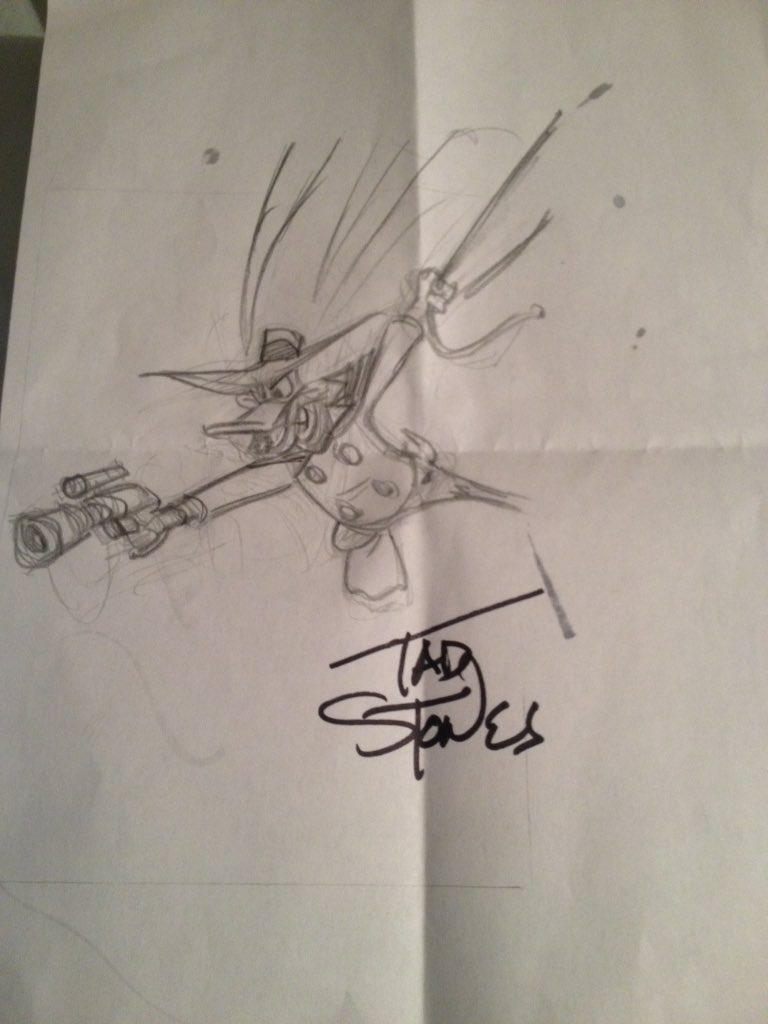 I then went over to the video game room and played some Super Smash Bros. Melee with some people until it was closing time. I came home tired and starving, but it was the happiest I've been in months after going through a lot of personal issues and depression. It was just the thing I needed.

That's all for now. Tune in next time as I countdown my top 20 Hey Arnold episodes, do an analysis video on the Hey Arnold Christmas special, and release the last podcast of 2016. Hope to see you around Old School Lane soon. Thanks for reading.