Day 2 of Old School Lane's 5th anniversary celebration has arrived and this time, I will countdown my top 10 favorite interviews Kevin and I have done via blog. When Kevin and I were first starting Old School Lane, we were thinking of what content to put in. Kevin suggested that we should interview actors, actress, and show creators on our blog. I thought that it would never happen in a million years since neither of us were famous content creators or journalists. We were just two pop culture enthusiastic nerds with no connections or recognition online. But 5 years later, we were able to pull it out with over 60 special guests. From 2012 to 2013, we interviewed close to 30 people on our blog so choosing 10 of them was very difficult. But, with a sad heart, I was able to whittle it down to 10. With that said, let's begin. 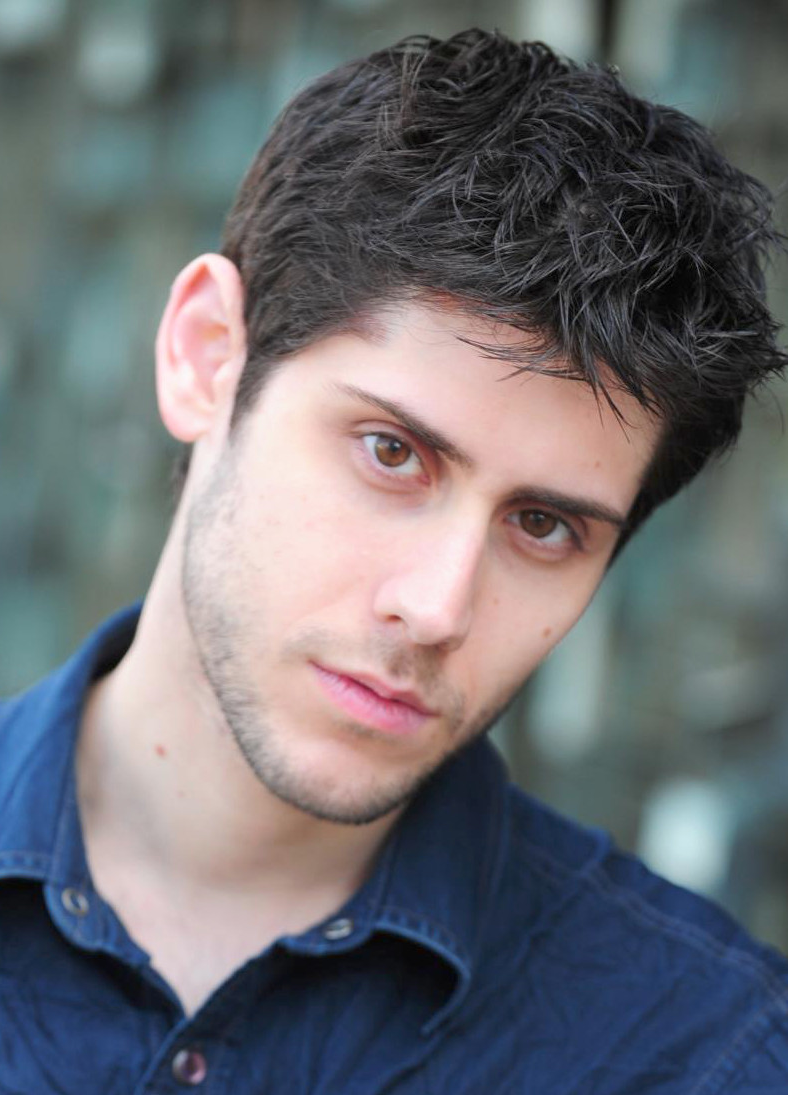 Originally posted on September 14, 2012, this was during the time where we did a week dedicating to Hey Arnold! with reviewing the show, doing our top 10 list, and interviewing 3 of the voice actors involved with the show. Out of the three, Ben Diskin had a nice mixture of talking about his early years of voice acting, his well known characters, and advice for anyone who wants to pursue in an acting career. While he didn't remember his experience working in Hey Arnold, he still had a love for the show and had respect with all the people who worked on it, including Craig Bartlett. 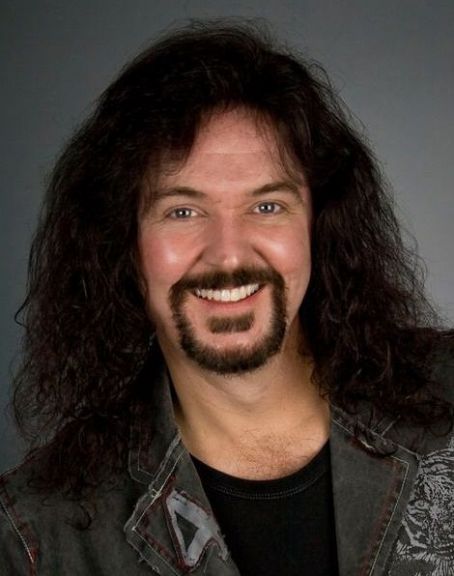 Originally posted on November 30, 2012, Kevin had just finished reviewing Invader Zim and we wanted to have an interview with someone who worked on the show. We wrote to various voice actors, but the one who responded back to us was Wally Wingert, the voice of Almighty Tallest Red. He talked about his influences, his love of Batman, and his other voice acting roles such as The Riddler from the Batman: Arkham games, Jon Arbuckle from The Garfield Show, and more. He gave some good tips on voiceover work and was a very nice guy, overall. Nowadays, he has been casted as voicing Oskar Kokoshka in Hey Arnold: The Jungle Movie. It would be nice to have him as a guest for Casual Chats for a followup interview, but for now, our interview with him was a good one.

Originally posted on November 2, 2012, I had just finished reviewing Taina and had gotten a hold of the actress who played as the main character of the overlooked 2001 live action Nickelodeon show. She talked about her years acting in movies and TV shows, being a singer, an acting coach, and her experiences working on Taina. Taina was one of my favorite shows around the early 2000's, so it was an honor to get a hold of her talking to her about the program. Since our interview, Christina has been in other TV shows such as Code Black, The Night Shift, and Blue Bloods. It's nice that she's continuing to appear in more programs, but I'll always know her as Taina. 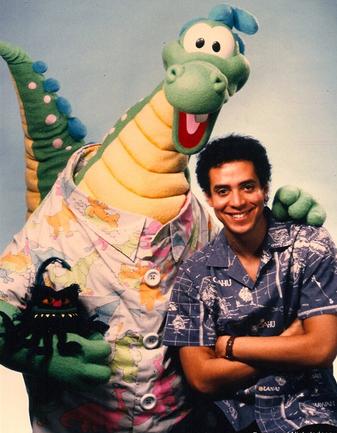 Originally posted on July 6, 2012, Noel MacNeal is a puppeteer who has worked on Sesame Street before working on the Nick Jr. program Eureeka's Castle as the lovable dragon Magellan. He talked about his experience working on Sesame Street, the movie Follow That Bird, Eureeka's Castle, Teenage Mutant Ninja Turtles 3, and Bear in the Big Blue House. He said some really cool stories on each of those shows and movies and some puppet techniques. Nowadays, he's working on an upcoming online puppet program called The Show Me Show to help and teach lessons for autistic children. It's nice to see Noel continuing as a puppeteer for a brand new generation of kids and hopefully will inspire them as much as he inspired Kevin and myself over 25 years ago.

Originally posted on August 16, 2012, after I reviewed All That, I interviewed 3 of the show's cast members. Out of the 3, Alisa's was my favorite. She talked about her years in acting in both All That and The Proud Family as well as her experience in being a DJ for Playboy Radio on SiriusXM. She has been very supportive for Old School Lane throughout the years and even had a cameo in Should We Say Goodbye to Halcyon Days? Regardless, she continues to pursue in many forms of media from TV, singing, writing, and online content.

Originally posted on January 23, 2013, it was part of a week dedicating to ChalkZone. I had first reviewed the show, interview Candi Milo, the voice of one of the main characters Snap, and then interviewed Bill Burnett, the co-creator of ChalkZone. He also wrote a few episodes and even wrote every single song on the series. He talked about his musical influences, working on various shows like Cow and Chicken, dispelling the rumors that Simon and the Land of Chalk Drawings was NOT an influence of ChalkZone, and what were his favorite songs that he wrote in the series. It was nice to hear from the man behind another overlooked Nickelodeon show that most people probably didn't know about. Afterwards, I did my top 10 ChalkZone songs list because I had loved the songs that Bill wrote in the show. It's one of my favorite Nickelodeon soundtracks. About two years later, I purchased an unreleased ChalkZone CD from Bill's website and even did an unboxing video on it if you're interested in checking it out. 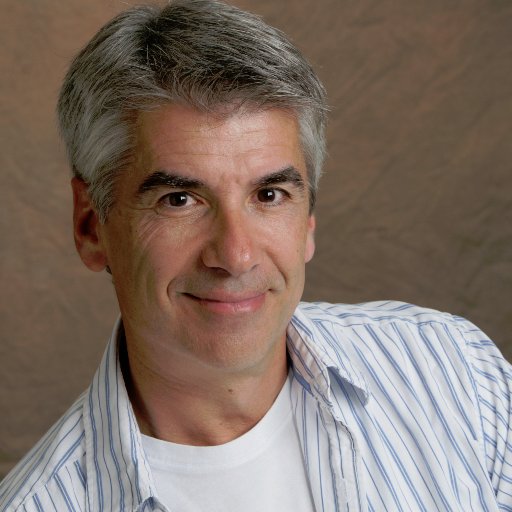 Originally posted on July 12, 2012, this was after the Are You Afraid of the Dark? review and the interview with Ross Hull who played as the leader of the Midnight Society Gary. After that, we interviewed the creator of the classic SNICK show himself. We talked about his influences, his favorite episodes of the series, his favorite characters, and his book series Pendragon. One of the statements that made the interview stand out was when he said that the live action shows of Nickelodeon and The Disney Channel were so similar that if you put the two of them side by side, you wouldn't know the difference. Even years after we interviewed him, that statement is still true. I have since wrote to D.J. a few months ago to get some information about the canceled Are You Afraid of the Dark? movie to discuss about for Nicksmissal III so we occasionally still keep in touch.

Originally posted on July 6, 2012, it was posted on the same day as the interview with Noel MacNeal. It made sense since Cheryl is also a puppeteer who previously worked on Sesame Street before being playing as the main character Eureeka from Eureeka's Castle. She talked to us about some behind the scene stories on the show and the experiences with working on Sesame Street and Muppets Take Manhattan. Since then, we kept in touch with her a year later when he met her in person at Columbus Circle in NYC talking for almost an hour about more information on Eureeka's Castle and The Muppets. It was an amazing experience, especially since Eureeka's Castle was a show that we grew up with. She also made a cameo appearance in Should We Say Goodbye to Halcyon Days? which was just incredible. Originally posted on September 25, 2012, we posted it on the same day as the Oh Yeah! Cartoons review. Kevin and I asked him so many questions from working on advertisement for Nickelodeon and MTV, where the splat logo came from, being the last president of Hanna Barbera, and so much more. He was very nice and took time from his very busy schedule for us to interview him. It's still shocking that almost 5 years later, we would be partnering with his YouTube channel. It's so surreal thinking about that now. 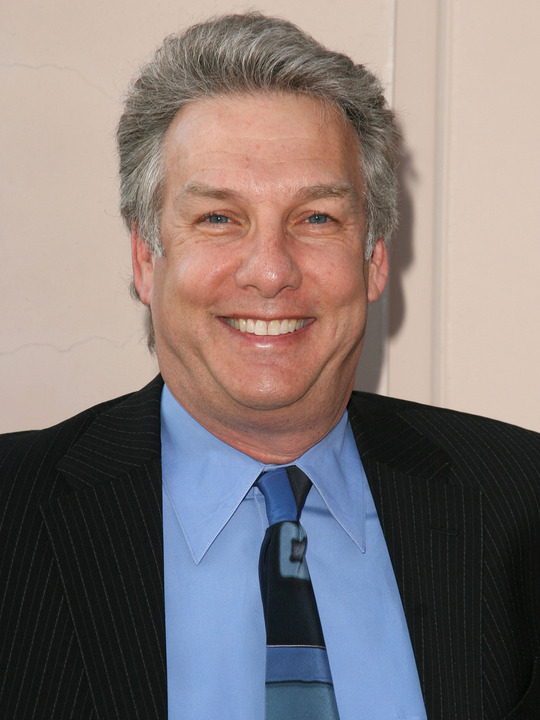 Originally posted on June 28, 2012, it was our very first blog interview and it's still my favorite. It's the only one on this list that didn't involve with Kevin and I sending our questions via email. It was instead a phone interview and I had actually recorded the conversation on Windows Sound Recorder. I wrote down my questions and Marc's answers on the blog and saved it the audio until I could find a way to post it. But then the computer tower died and I had lost the phone call forever. While I was saddened that I had lost it, it kind of was made up with Kevin and I met Marc at the Slimed! book event at 92Y a year later. We were beyond excited when he remembered us. Then two years later, I did a video about Marc Summers for the On Your Marc YouTube channel, which was an honor to do.

That's all for now. Tune in next time as I countdown my top 10 favorite podcast episodes. Hope to see you around Old School Lane soon. Thanks for reading.