A tad bit late, I know. But still, better late than never. Our next interview is comedian/puppeteer Marc Weiner. Around the 70’s and 80’s, Weiner performed his kooky and creative puppets on Saturday Night Live, The Bizarre Show, The Jim Henson Hour, Laughs, The Joey Delux Show, and many more. For kids who grew up in the 90’s, he’s mostly known for his 1993 variety show Weinerville. 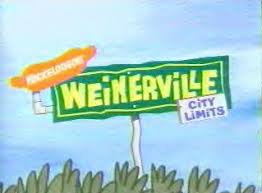 For kids who grew up in the 2000’s, he’s mostly known as the voice of Swiper and Map from the Nick Jr. program Dora the Explorer. Today he still does his standup show worldwide, he’s the founder and developer of The Empathy Labyrinth Center, and he’s currently working on putting new Weinerville videos on YouTube alongside his son Max.


Kevin and I had the chance to interview Marc, so I hope you enjoy it. 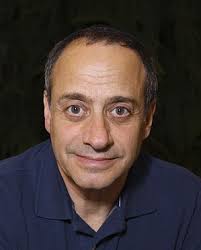 Patricia- What were your favorite cartoons/programs growing up?


Patricia- Who are your comedic influences?


Kevin- What was it like doing your puppet show on The Bizarre Show?


Marc-  AMAZING! The producer of that show, Bob Einstein was and still is one of the funniest and nicest person I have ever met in show business. As well as John Byner, the host. Both John and Bob were very supportive of my work and gave me room to be funny. I will always be grateful to them.


Patricia- What funny stories can you tell us about your experiences being on Saturday Night Live?


Marc- It was after my first appearance on SNL that Joe Piscopo took me into the producer's office and made them hiring me for the following week. My head writer and dear friend Ray Abruzzo, wrote a rap song for my Afro-American puppet Weindulah to perform. We played it for Eddie Murphy and he said, "You white boys don't know how to write rap music" and re-wrote the song on the spot. It went over very well. 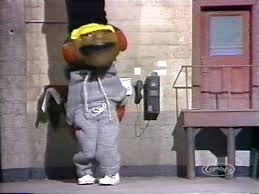 
Marc- I worked with a street puppeteer in Boston and then when I came to NYC, I joined the Bond Street Theater group. They asked me to make puppets for them and I just did it. I developed the Weinerville style puppet for my nightclub act because I wanted to be able to do many different puppets on stage without having to make the audience wait as I took off one and put on another. So I lined a series of puppets up each behind little closed door on my puppet set and I would put my head on one and open the door, do my routine close the door and move to the next one. It was quick and funny.


Kevin- How did you come up with the idea of Weinerville?


Marc- I was coming up with all these head puppet ideas and getting them on many different TV shows and a producer suggested that I could actually have my own show, I'll called it Weinerville.


Patricia- What were your inspirations to become a puppeteer?


Marc- When I first came to NY, I watch a street mime use his fingers to do a tight rope walking routine. I didn't just see his fingers but I saw a little man. So I sewed a little puppet outfit for my hand and asked a mask maker to help me make my first mask to fit around my wrist.  That's how I made my first hand Weinerette style puppet (Rocko and Socko).


Patricia- How did you come up with the ideas of your puppets such as Dottie, Boney, Socko, and Cocktail Frank?


Marc- Dottie, well, I think I put on a wig and just went with it and out she came. The idea for Boney came from a very funny man named Marvin Silbermintz, who was one of my writers on Weinerville. Marvin told me his idea, I came up with the voice, and puppet master David Jordon made the puppet. Socko is a younger version of my puppet Rocko from SNL. Cocktail Frank is living my dream of being a rock n roll star.

Patricia- What would be the process of getting an episode of Weinerville done?


Marc- Someone would pitch the premise for the episode, then I would ask them to add twice as much shtick and gags to it and then we would shoot it.


Kevin- If you could've had any guest on Weinerville, who would it be and why?


Marc- I never thought I could have guests on my show. The only reason a few guests appeared on the show was because they happened to be visiting Nickelodeon at Universal Studios in Florida. A PA would come running in and say so-and-so is on the Nick Tour, do you want me to ask them if they would appear on the show? Yes!!!!! Grab them and quickly get the writers.


Patricia- When Weinerville first came out, it had gotten many praises from viewers because there was nothing like it on TV. Even still to this day, there's no other show like Weinerville. What, in your opinion, makes Weinerville still a very unique show that still holds up today? Why do you think no one tried to replicate it?


Marc- I think Weinerville was kind of in the genre of The Soupy Sales Show and Pee-wee’s Playhouse: silly funny shtick for kids and adults. 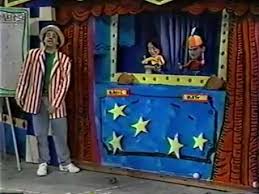 Patricia- What was the audition process for voicing Swiper and Map on Dora the Explorer?


Marc- I knew the producers from working down in Florida and they just hired me. 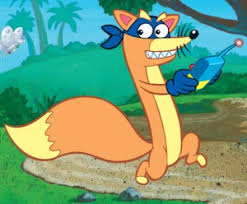 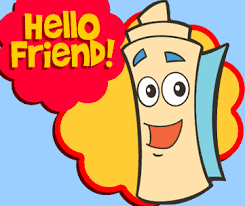 Patricia- On January 2011, you made an announcement that you and your son Max were going to release new episodes of Weinerville on YouTube. How's the process coming along? When can we expect to see new episodes?


Marc- Max is very busy with his musical career and we hope to release a few short Boney shorts each year. We really appreciate all our YouTube fans.


Kevin- What was the nicest feedback you had ever received from a fan?


Patricia- Whenever you're out and about, do people stop and say "Oh my god, you're Marc Weiner. I was a huge fan of Weinerville when I was a kid. You're awesome!"


Marc- Back in the day.  Now it's just when I look in the mirror.


Patricia- What are your upcoming projects?


Marc- Finishing up our 8th season of Dora, teaching children and adults how communicate more compassionately with each other via my Empathy Labyrinth, touring with my stand up show, and trying to be the most empathic and loving father I can be to my children.


Patricia- That’s all the questions. Marc, thank you so much for taking the time to interview us. It has been an honor.


Marc- Thank you very much for this interview. Happy holidays.


To learn more about Empathy Labyrinth, you can check out the website at www.el4peace.com. For more information about Weinerville, check it out at weinerville.com. Also follow him on Facebook and Twitter at facebook.com/Weinerville and @WeinervilleTV.

That’s all for now. Hope to see you around Old School Lane soon. Thanks for reading.