When 2000 arrived, none of the newer shows impressed me. It didn't have the same charm that the shows from the 90's had. But one show from 2001 brought me back watching Nickelodeon again with its interesting concept, dark humor, and memorable characters. That show was Invader Zim. 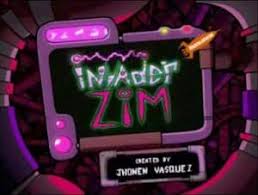 The show is about an alien from Planet Irk named Zim who is determined to be a great invader and make the leaders of the planet, The Almighty Tallest, proud. The problem is that he's very cocky, unaware, and a bit of a moron. The Almighty Tallest decide to send him on a "secret mission" to an unknown planet. Zim accepts not knowing the false mission he was giving. Zim is giving a very broken dim-witted robot named GIR to assist him with his "mission" and they head over to the unknown planet. They finally arrive on Earth, disguise themselves as a human and dog, go to school, and try to learn everything about the planet long enough to learn its weaknesses. 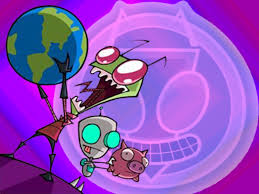 Along the way, one human is able to recognize that Zim is not a human, but an alien. The human is a young boy named Dib. He's a paranormal expert who is extremely obsessive about ghosts, Bigfoot, and aliens. He wants to capture Zim so that he can be a hero on Earth and not crazy like everyone thinks he is. Most of his plans fail, but Zim's plan of conquering Earth also fail over and over again. It's always exciting to see them go against each other. 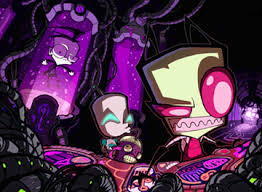 The show was created by Jhonen Vasquez, the author of Johnny: The Homicidal Maniac, Squee, I Feel Sick, and more. His graphic novels were very dark, had adult comedy humor, and suggestive themes. 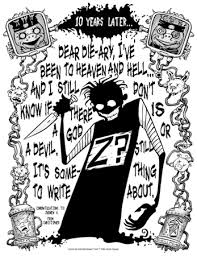 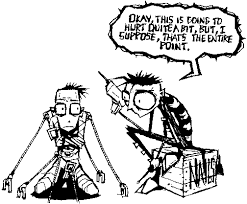 A show like Invader Zim was no other show that had ever been aired on Nickelodeon. It was dark, had adult content, and clearly not for kids. But that's what made it great! It was so awesome and funny! I really love this show! The characters were memorable, the show had very interesting animation, and each episode was strange and odd. A show like Invader Zim would have did really well if it had aired on Adult Swim or MTV, but unfortunately, it aired on Nickelodeon. The executives cancelled the show after the second season due the graphic nature despite it being one of the most popular Nicktoons that had ever aired. 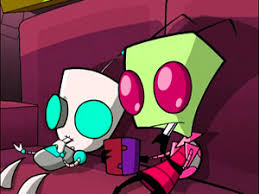 But even still to this day, Invader Zim has a huge cult following and for years, their merchandice were sold by the thousands at Hot Topic. It's a bit of a double edged sword for me because I can't stand young kids younger than 14 wearing GIR T-shirts. They didn't grow up with it and most likely don't understand the references. They wear it to make themselves look cool. I think they look like fucking posers. 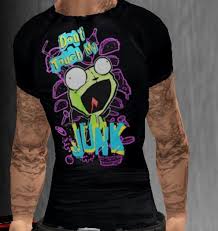 Overall, if you haven't seen this show, go check it out. It was really ahead of its time of the kind of cartoons that would be popular today: colorful and strange cartoons with adult humor.

That's all for now. Tune in next time as we interviewed one of the voice actors from Invader Zim. Hope to see you around Old School Lane soon.