The year is 2004. I, Robot, The Passion of the Christ, The Incredibles, and Shrek 2 debuted in theaters. Megas XLR, Stargate Atlantis, Desperate Housewives, and Foster's Home for Imaginary Friends debuted on TV. This was the time in which many 90's kids who grew up with Nickelodeon felt that things weren't the same anymore. While some of their shows that came out when they were younger were still airing, most of them were already gone and were replaced by others. Some people claim that 2004 is one of Nickelodeon's worst years ever, which we'll discuss along the way. Fewer cartoons were being made and more teen sitcoms were created. The first teen sitcom created by Dan Schneider, the producer of All That and Kenan & Kel, was a spinoff of The Amanda Show simply known as Drake & Josh which debuted on January 11, 2004.

The show is about two teenage boys named Drake Parker (played by Drake Bell) and Josh Nichols (played by Josh Peck) who live different lives and have different personalities. Their families consisted of Drake, his mother (played by Nancy Sullivan), and his younger sister Megan (played by Miranda Cosgrove) and Josh and his father (played by Jonathan Goldstein). One day, Drake's mother and Josh's father began dating and eventually got married and had gotten the families together. At first, Drake doesn't like Josh because he's perceived as a geek who loves magic tricks, The Oprah Winfrey Show, does very well in school, and Drake is a cool, laid back, ladies man who plays the guitar, and doesn't do well in school. He even treats Josh very cruelly and doesn't even acknowledge him as a new stepbrother. But as the series progressed, they look past their differences and become friends, even see each other as brothers. Throughout the show, Drake and Josh go through many various situations involving with either getting rich, asking a girl out on a date, winning a football game, or winning a talent show. 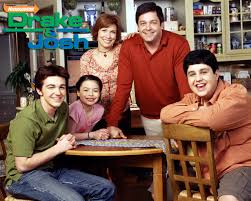 The show was created by Dan Schneider. After the surprising cancellation of The Amanda Show, Schneider wanted to make a spinoff of one of the recurring skits from the show called Moody's Point after the final segment had a cliffhanger ending. However, the Nickelodeon executives rejected it. Seeing that Drake and Josh had a great chemistry together on The Amanda Show similar to Kenan Thompson and Kel Mitchell from All That, they went in that direction and had them star in their own spinoff show. With Kenan & Kel ending its run 4 years prior and the relaunch of All That introducing a new cast and new skits, this was a show that would be the main shift for the All That spinoffs' direction. The show lasted for 4 seasons until it ended its run on September 16, 2007. This was a show that separated the 90's kids from the 00's kids on what was the best Nickelodeon teen sitcom starring a duo who originated from a sketch comedy show since most people have called Drake & Josh the Kenan & Kel of the 2000's. While I can say that there are some truth to that. I mean, after all, Dan Schneider was an executive producer of Kenan & Kel. But there are major differences to the two shows and I'm going to point out what I like and dislike about Drake & Josh. 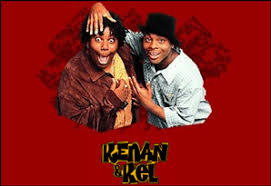 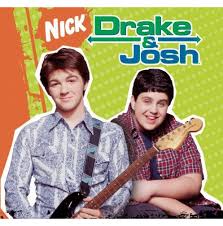 Firstly, while Megan is portrayed as a sneaky, conniving, intelligent, and uncaring little sister, she's, well, memorable. Miranda Cosgrove does a really great job acting as this character and is a major standout from Kyra from Kenan & Kel in which she just has a crush on Kel and that's it. Kyra was a boring sibling and brought in nothing to the show. She's sort of like the Ferguson Darling of the 2000's. You hate that character with your every living being, but you sure remember them. In fact, with the exception of Kenan's dad and Chris, Kenan's boss at the convenience store, none of the other characters from Kenan & Kel are memorable. Drake & Josh's other characters are such as Josh's boss from the movie theater Helen, his co-worker Crazy Steve, and his girlfriend Mindy.

Secondly, I like it how Drake and Josh aren't friends in this show, their stepbrothers. This gives a better explanation of why they're together all the time and it gives the show a slightly different tone. Sure, it still has the zany shenanigans and the crazy schemes, but it can also deal with family issues. Some of the moments that happens are portrayed nicely and something you rarely see in Kenan & Kel. Plus, the idea of Kel constantly visiting Kenan's house all the time was a bit irritating at times and makes it look like Family Matters sometimes and Kel was being Steve Irkel and Kenan's dad was acting like Carl Winslow. But it was the 90's. That was one of the most popular family sitcoms at the time, so I'll let it pass. Thirdly, some of the jokes, quotes, and episodes of Drake & Josh are just as humorous as Kenan & Kel's are. I wouldn't say that they're "I DROPPED THE SCREW IN THE TUNA" quotable, but they're quite clever. Note that I said "some". We'll get to that in a minute. 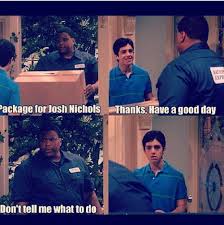 While that sounds like a great follow up to Kenan & Kel and The Amanda Show, the show has some major flaws. I absolutely HATE the character of Drake and Walter, Josh's father. As you recall on my top 10 worst male Nickelodeon role models list, Drake is a terrible character. He's selfish, lazy, doesn't care about doing well in school, and never learns his lesson until the last minute. Yet at the same time, he's suppose to be one of the most popular characters in the show and people are suppose to look up to because he's the "cool" kid who always gets the girl, is in a rock band playing the guitar, and can push Josh around to his desires. So, you're trying to teach kids and teenagers that if you just do bad in school, act like a jerk around your friends and family members who aren't "cool", and go out with every cute girl you meet, you're going to do good in life? That is bullshit, Schneider! Complete utter bullshit! With Josh, he's nice, sweet, considerate, intelligent, and he's nothing more than just a punching bag for Drake's shenanigans. He was treated horribly in the 1st season, while in the 2nd season, he started to tone down his geekiness, get more sarcastic, and lose weight for the show. Where does that get him? A girlfriend. That's right, people. If you want to get a girlfriend, lose a chunk of what made you a standout and lose 40 pounds and girls will be all over you. Good lesson to teach kids, Schneider. Good job. As for Walter, he is by far the worst Nickelodeon TV dad ever! He's a bumbling, moronic, and cowardly idiot who gets pushed around easily and doesn't have a clue on what's going on. He's the Ken Stevenson of the 2000's, but more recurring and stupider. I just HATE him! No wonder there aren't as much parents in today's teen sitcoms. They're too stupid and careless about their kids' actions.

Also, the introduction that occurs in every episode is pointless and awkward. I know that they were going with Kenan & Kel's introduction idea of breaking the 4th wall to their audience before starting every episode. But the thing of it is is that Kenan & Kel were on stage performing in front of a live studio audience so breaking the 4th wall made sense. With Drake & Josh's case, I didn't get it. They were talking to the audience, they would repeat each others' sentences even if they weren't in the same room, and they would vaguely explain what the episode was going to be about. It was a decent idea, but it was poorly executed.

Now we get to the jokes. While I did say a moment ago, some of the jokes and quotes are funny and clever, some are not. The show relies too much on a laugh track to emphasize on how funny the show is, which would later on be a staple for the majority of Schneider's shows. Sure, most sitcoms use the laugh tracks, but in Drake & Josh, it's used a lot. The moments in which a joke that was clearly not funny, but the laugh track appears laughing hysterically is quite awkward and a bit forced a good portion of the time. 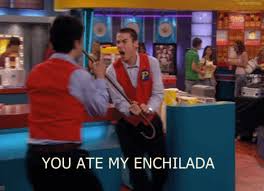 Overall, while the show has some serious setbacks from making it one of my all time favorite Nickelodeon sitcoms ever, I have to say that it's still a pretty decent show and one of Dan Schneider's best. Trust me, it goes downhill from here. I'd say check it out sometime. But I would recommend checking out Kenan & Kel a bit more.

That's all for now. Tune in next time as we talk about Butch Hartman's second Nicktoon Danny Phantom. 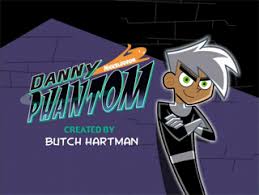