Anime. While it has been around in America since the 60's showing programs such as Speed Racer and Astro Boy, around the late 90's to the late 00's anime was a huge phenomenon amongst Americans. Whether it was watching the now iconic Dragonball Z, Sailor Moon, Cowboy Bebop, Neon Genesis Evangelion, Pokemon, Yu-Gi-Oh, One Piece, Naruto, or Bleach to the Studio Ghibli films like Castle in the Sky, Kiki's Delivery Service, or Spirited Away, anime was hugely popular thanks to the Internet or Cartoon Network's Saturday night block Toonami. With that said, Americans tried to ride on the popularity of anime with cartoons inspired by it. There were some good ones like Teen Titans, Ben 10, Transformers, and Samurai Jack and there were really bad ones like W.I.T.C.H., Totally Spies, and Super Robot Monkey Team Hyper Force Go! At that point, American anime programs were extremely mediocre. As for cartoons in the mid 2000's, there were slowly fading away. Nickelodeon was even slowly fading away with their programs and reputation. 2005 was a terrible year for the 90's kids with Rugrats and All That being cancelled and Nickelodeon Studios shutting down its doors. With the exception of SpongeBob SquarePants, The Fairly Oddparents, and Danny Phantom, Nickelodeon hasn't had a huge hit with their cartoons in a while. It needed a fresh new show to keep things afloat. On February 21, 2005, Avatar: The Last Airbender debuted on Nickelodeon.

The show was about a young boy named Aang (voiced by Zack Tyler Eisen) who was trapped in a iceberg in the South Pole and was rescued by two siblings named Sokka (voiced by All That cast member Jack DeSena), a young warrior, and Katara (voiced by Mae Whitman), the last Waterbender in her tribe. When he awakes, he slowly finds out that he had been trapped in the iceberg for 100 years and during that time, a large war started by the Fire Nation had been occuring led by an evil king named Fire Lord Ozai. It was revealed that Aang isn't a normal kid. He is the last Airbender in the world and the Avatar, a person who can master all four elements: air, water, earth, and fire. However, he has only mastered air and has yet to learn the other elements. So Aang, Katara, and Sokka travel to various locations so that Aang can learn how to master the rest of the elements. Along the way, a banished Fire Nation prince named Zuko (voiced by Dante Basco) was sent to find the Avatar so he can received his honor back from his father. He and his uncle Iroh (voiced by the late actor Mako) work together to capture the Avatar.


The show was created by Michael Dante DiMartino and Bryan Koneitzko. They had worked in previous animated shows before working on Avatar: The Last Airbender. DiMartino was working on shows such as King of the Hill, Mission Hill, and Family Guy as a director and Koneitzko was a story editor for Invader Zim. The concept of Avatar: The Last Airbender was first conceived in 2001 when they drew a middle aged man as a child traveling to the North Pole. They also drew many inspirations from fantasy and anime to Chinese art, Studio Ghibli, Hayao Miyazaki, Yoga, various fighting styles, Buddhism, and Hinduism to create the characters, settings, and story. "Mike and I were really interested in other epic Legends & Lore like Harry Potter and Lord of the Rings, but we wanted to take a different approach in that type of genre. Our love of Japanese anime, Hong Kong action and Kung Fu movies, yoga, and Easter philosophies led us to the inspiration of Avatar: The Last Airbender." said Brian Koneitzko in a 2006 interview with Nickelodeon Magazine. 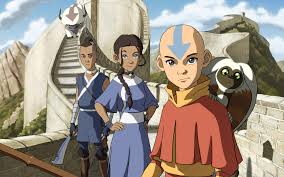 One of the many things that stood out Avatar: The Last Airbender from any other Nicktoon that had previously aired was not only the animation, but the characters. Each character were well developed, memorable, and 3 dimensional. We got to know their backstory, their personalities, their strengths, their weaknesses, and their growth overtime, which is something that Nicktoons rarely did. With the exception of Hey Arnold, As Told by Ginger, My Life as a Teenage Robot, and Danny Phantom, no other Nicktoon has this much character development this rich and deep. Whenever something good or bad happened to either one of them, you felt the emotion because you've been through their journey of becoming stronger. There would be newer characters introduced in the show such as Aang's Earthbending teacher Toph (voiced by Jessie Flower), a blind 12-year-old girl who is an Earthbending master who uses her blindness to her advantage, Zuko's younger, meaner, and sadistic sister Azula (voiced by Grey Delisle), her friends Tai Lee and Mai, and many more. They have just as much depth and richness to their character as the more previous characters who were introduced in the show. 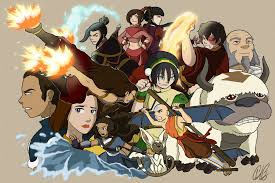 Another one was the story. At that point, only As Told by Ginger, My Life as a Teenage Robot, and Danny Phantom had story arcs, but not a continuing storyline that flowed consistently. With Avatar, while there were focusing on various characters with their story arcs, it was mostly about Aang fulfilling his destiny as Avatar to bring balance into the world from the hands of Fire Lord Ozai. There were many twists, turns, and shocking revelations that kept the show exciting to see and addicting to wanting more, something that I had not experienced in a Nickelodeon show when working on the tribute. Sure, just like most anime, it has its share of fillers, but most of them are very important to character development or a plot point to the story that would be revealed later on. The writers know exactly how to keep their audience coming back. 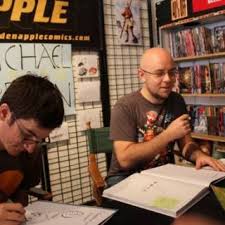 The music was also a huge highlight of the show. Done by Jeremy Zuckerman and Benjamin Wynn, the music was inspired by Asian music and was composed with different instruments and beats. It ranged from fast to slow to calm to epic. It was great mixture of tunes and gave it an identity that most people recognized such as The Ren & Stimpy Show had background music inspired by the 50s, Doug had background music done mostly by Fred Newman's mouthsounds, Rugrats had background music done by Mark Mothersbaugh, The Adventures of Pete & Pete had music by 90's indie rock and pop bands, etc. When you listen to a song from Avatar: The Last Airbender, it's very recognizable and wasn't like any other Nicktoon's music during the time when it was starting to focus on rock and pop music done by then Nickelodeon celebrities.

The show lasted for 3 seasons ending its run on July 19, 2008. At the time, it was the highest viewed cartoon for the demographic of ages 7-14. But it generated an even bigger fanbase than the writers anticipated reaching a demographic of people ages 18-35. The show had won various awards for Best Animation, Writing, and Episodes. The show was a huge breath of fresh air to Nickelodeon and had gotten a new generation of kids tuning into the network. There were many praises for the show and people are still fans of it to this day. It's funny. At one point, when I saw the commercials for the show when it first came out, I almost rejected seeing it. I thought it was a Shaolin Showdown ripoff with the main character being a bald monk and controlling the elements. But when I did see the first two episodes, I was immediately hooked and kept on watching until the series finale, which is the most satisfying ending in Nickelodeon history.

As for my overall opinion, it is, without a doubt, the best Nicktoon to come out in the last decade. It was funny, it was serious, it was exciting, it was serene, it was action packed, it was goofy, it was thought provoking, it had great animation, it had great characters, it had a great story, and many more. It is an almost flawless cartoon. While the first season was a bit slow and off, the second and third seasons picked things up and it got better and better. This is a cartoon that many people will remember years later as a timeless classic and it holds up remarkably well after almost a decade later. I highly recommend checking it out if you've never seen it. 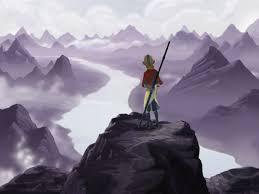 That's all for now. Tune in next time as I countdown my top 10 favorite Avatar: The Last Airbender episodes. Hope to see you around Old School Lane soon. Thanks for reading.