The year is 2005. Star Wars III: Revenge of the Sith, The Chronicles of Narnia: The Lion, The Witch, and The Wardrobe, and Batman Begins debuted in theaters. Robot Chicken, The Office, and How I Met Your Mother debuted on TV. The popularity of Klasky Csupo has waned and became worn out and Dan Schneider's popularity skyrocketed with Drake & Josh. So with All That losing ratings, he decided to make another spinoff show from All That with a former cast member. The person he chose was Jamie Lynn Spears, who at the time was mostly known as Britney Spears' younger sister. The show was none other than Zoey 101 which debuted on January 9, 2005.

The show is about a young teenage girl named Zoey Brooks (played by Jamie Lynn Spears) and her younger brother Dustin Brooks (played by Paul Butcher) attending a boarding school named Pacific Coast Academy or PCA for short. There was a time when PCA was an all boys' boarding school and they recently lifted that rule so that girls could attend it. Along the way, Zoey meets with various students such as her roommates Nicole Bristow, (played by Alexa Nikolas) a girl who is obsessed with boys, Dana Cruz (played by Kristen Herrera), a tomboy who acted less like a girl compared to Zoey and Nicole, and other friends such as Quinn Pensky (played by Erin Sanders), the science nerd, Michael Barret (played by Christopher Massey), the goofy kid who loves to play jokes, the rich snotty boy Logan Reese (played by Matthew Underwood) and Chase Matthews (played by Sean Flynn). It mostly focuses on their everyday school life and the crazy scenarios they would go through. 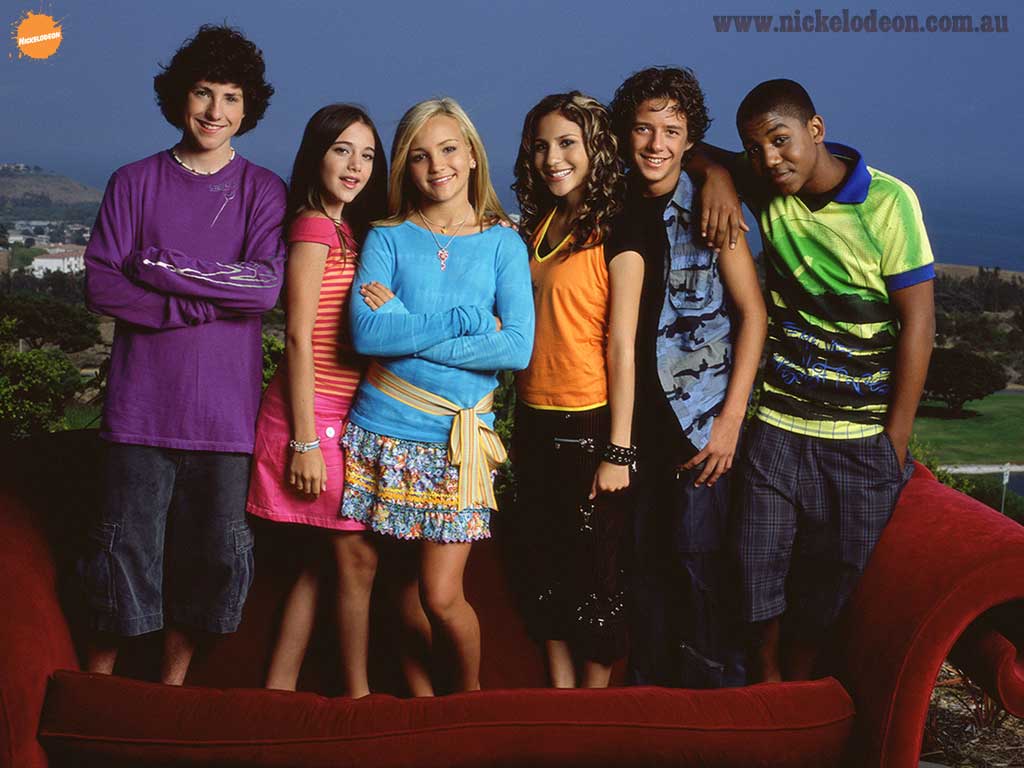 Throughout the series, Chase develops a crush on Zoey and tries his best to tell her his feelings. But his awkwardness and shyness towards her prevents him from telling her. Also, many changes and other characters have left and had been replaced by new people. In season 2, Dana left to go to a boarding school in Paris and was replaced by a new girl named Lola Martinez (played by Victoria Justice). In season 3, Nicole left due to having Obsessive Male Gender Disorder with her love of boys and was transferred to an all girls' school and was replaced by Quinn as Zoey and Lola's new roommate and Zoey was transferred into a boarding school in England named Covington. Chase was discouraged and disappointed that he never got a chance to tell Zoey that he loved her. However, he never told his friends his feelings. In fact, he denied that he missed and liked her. But around season 4, he transferred to Covington so that he can be closer to her. But Zoey left Covington to move back to PCA when she found out that Chase loved her. But now Chase is stuck in Covington for a semester and decide to work the relationship out when Chase gets back. But a new boy named James Garrett (played by Austin Butler) becomes Logan and Michael's new roommate and Zoey falls in love with him and they start dating. In the series finale, Chase makes it back to PCA, Zoey dumps James, and Chase and Zoey get together.


The show lasted for 4 seasons ending its run on May 2, 2008. Despite the closure in the series finale of Zoey and Chase getting together, the show ended mostly due to the fact that Jamie Lynn Spears had gotten pregnant during the show's run. The other actors went on to do other projects afterwards.

Jamie Lynn Spears gave birth to a baby girl named Maddie Aldridge in 2008, shortly after Zoey 101 ended its run. For years, she kept a low profile while raising her daughter alone after the relationship to her then boyfriend Casey Aldridge left in March 2009. Nowadays, she's starting a career in country music and is engaged to her new boyfriend Jamie Watson.

Paul Butcher has been in other TV shows such as Bones, King of Queens, Without a Trace, and Criminal Minds.

Sean Flynn has been in a few TV movies such as Bad Blood: The Hatfields and McCoys and The Return of the Killer Shrews.

Kristin Herrera has been in a few movies and TV shows such as General Hospital, Freedom Riders, and Resurrection Mary. She quit acting in 2008.

Erin Sanders has been in movies and TV shows such as Big Time Rush, Ugly Betty, The Young and the Restless, Castle, Mad Men, Weeds, CSI: Miami, and Pair of Kings. 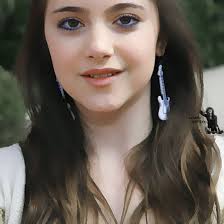 Christopher Massey has been in TV shows such as Everyone Hates Chris, The Electric Company, and Switched at Birth.

Matthew Underwood has been in a few small movie roles before he quit acting in 2010. Around 2012, he was arrested for possessing cannibais, paraphernalia, and marijuana.

Austin Butler has been in movies and TV shows such as Aliens in the Attic, Sharpay's Fabulous Adventure, Hannah Montana, Zeke & Luther, CSI: Miami, CSI: NY, The Bling Ring, Switched at Birth, and The Carrie Diaries. To this day, Zoey 101 is the most expensive show to be produced and the most watched Nickelodeon show for the next 5 years. The show was shot at Malibu, California in the first 2 seasons and on Valencia, California in season 3. It was hugely popular at the time with the girls watching it on TeenNick. Dan Schneider at that point was the most popular sitcom creator in Nickelodeon history creating two critically acclaimed programs at the time with Drake & Josh and Zoey 101. This is where his reputation soared and where Nickelodeon decided to keep him around to do other shows later on.

In my opinion, out of all the shows made by Dan Schneider, this is his absolute worst. Why? Where do I begin? First off, Jamie Lynn Spears' performance as Zoey was okay. When Jamie Lynn was on All That, she was just a side cast member being hugely overshadowed by Lisa Foiles and Chelsea Brummett. She was only there because she was Britney Spears' younger sister. But when she becomes the main character of a show, her performance doesn't stand out and should've stayed as a supporting character. The character of Zoey herself is way too unrealistic and perfect to be relatable to teenage girls. She's bland, has no realistic teenage problems, is way too pretty, and has serious relationship issues around the 4th season when she promised Chase to wait for him to come back to PCA to start a relationship only to start a new one with James. What a lying bitch! The other characters and decisions that they do really frustrate me! Zoey and Nicole, while being friends with Dana in season 1, were glad when she left in season 2 just because she was a tomboy and didn't like to dress up in skirts and wear makeup. When Lola came to the show, she was portrayed as a goth chick and they wanted to get rid of her because she was too weird. It turned out to be a big lie and turned out to be a girl loving boys and fashion like them and everything's forgiven. Then in Season 3, Nicole left the show and Quinn became their new roommate. Zoey and Lola were disappointed in it because she's a science nerd. Wow, just wow. What this show is trying to say is is that girls don't become friends with other people unless you're just like them. Great message to teach girls, Schneider.


The comedy in the show sucks as well. While it doesn't have a laugh track like most of Schneider's Nickelodeon sitcoms, the comedy is mostly focused on the guys, particularly Michael. His jokes are so bad and so awkward that I just shook my head in embarrassment watching it. It would later on be typical in Dan Schneider's shows for the guys to give off the bad humor and the girls to be materialistic and feminist. But this presentation of the humor and the feminism is so awful. The girls must be around 14 and yet, they're wearing makeup, having crushes on boys, and wearing miniskirts. They're way too young to be worried about boys and clothes and should be concerned about going to school. It takes place in a boarding school, after all. But the school is never utilized to its full potential unlike Camp Anawanna from Salute Your Shorts. While we do see a teacher or the principal from time to time, the adults are never around, which is also typical for a Dan Schneider program. The adults are either stupid, mean, or non existent, which in Zoey 101's case doesn't make any sense. The episodes are boring, the characters are nothing more than stereotypes and Schneider's character archetypes, the situations are unrealistic and unrelatable, and the show focuses a bit too much on Zoey and none of the other characters. This show is pre-teen junk for the mind and I don't recommend checking it out.

Oh man, I went through a mediocre teen sitcom, a mediocre Nickelodeon movie, and an awful teen sitcom done by Dan Schneider. I need something to numb the pain from this mediocrity. What's the next review?

Tune in next time. Until then, hope to see you around Old School Lane soon. Thanks for reading.