When TV shows showcase a huge amount of popularity, one of the quickest ways to get viewers, good ratings, and a quick buck is making spinoff shows based around minor or supporting characters taking the spotlight showing off their lives. Sometimes it works very well such as The Jefferson Family being a spinoff of All in the Family and sometimes it doesn't work very well such as The Cleveland Show being a spinoff of Family Guy. Nickelodeon has had varied spinoffs of their most popular shows and most of them have been total failures. There are exceptions though, but that's for another time. To make it on this list, it must have a character from another show be based around them. Also when you compare the spinoff to the original, there is that tangent feeling that they created it just because they want to milk the franchise for all its worth. You feel dirty that your favorite show from childhood is being run by corporate monsters who couldn't care less on ruining the program that you hold dearly by dragging it into the ground by half-ass attempts of entertainment. With that said, here are my top 10 worst Nickelodeon spinoff shows!

Butch Hartman showed this pilot on Nickelodeon so that he can make it into a spinoff. Crash Nebula is one of two superheroes that were introduced in The Fairly Oddparents, the second being The Crimson Chin. It was an TV show about an intergalactic superhero named Crash Nebula fighting off against aliens to save the galaxy. Simple enough. While not as popular or shown more often as The Crimson Chin, Timmy Turner loves both of these superheroes equally. So when it was announced that Crash Nebula was going to be featured on a special episode of The Fairly Oddparents in 2004, many people were excited in seeing it. But it wasn't about adult Crash Nebula, it was an origin story on how a young dimwitted farm boy from the Midwest was invited to a space academy to learn how to be a superhero. It's slow, boring, unfunny, stupid, and extremely forgettable. With that, Butch Hartman scrapped the idea of a Crash Nebula spinoff and instead created Danny Phantom. Thank God! It's low on this list because this short never became a series. The other ones unfortunately did.

Out of all the shorts featured on KaBlam!, Action League Now! was the most popular. It was about a group of 4 idiotic, unreliable, and incompetent superheroes saving the day from an evil mayor. When KaBlam! ended in 2000, the spinoff came out 1 year later. The major problem with this spinoff was that it showed the same shorts that featured in KaBlam! as oppose to creating new ones. Since a short was only 4 to 5 minutes long, they showed 4 shorts as 1 episode. That right there is completely lazy! However, it's low on this list because I like Action League Now! Trust me, at least we got this short as oppose to the other short that almost was approved.


Moody's Point was an occuring miniseries that featured on The Amanda Show. It was trying to be a spoof of Dawson's Creek and a lot of the emotional, dreary, and over-the-top angst filled teen series that were popular at the time. It's hard to tell if it is a spoof since there are times in which it takes itself a bit too seriously, especially in the last 3 skits when Moody's father lost his toe and Moody wanting to find her lost mother. When The Amanda Show was cancelled, Dan Schnieder wanted to make a spinoff of Moody's Point to continue the story after leaving it in a cliffhanger that Moody was actually switched at birth by accident, her real parents are circus performers, and showing who the real Moody was. But Nickelodeon denied this spinoff from being an actual series. Afterwards, Schnieder worked on creating Drake & Josh.   What we got is an unfunny, out of place miniseries that didn't really belong in a sketch variety show like The Amanda Show. It should've been a series in the first place, but luckily Nickelodeon had good people behind the network denying this stupid and boring program becoming a series. Trust me, we'll get back to Schneider's programs later.

6. Figure it Out! Animal Style

I have mentioned a few times before on this tribute that I really don't care for the original Figure it Out! In fact, I think that it's one of the most overrated Nickelodeon shows in the 90's. The last two game shows that featured before this were Nickelodeon GUTS and Legends of the Hidden Temple. It took a downward slope when this game show came out. The talents were very hit and miss most of the times and the panelists were the ones having the most fun, not the contestants. That's a HUGE problem! With that, there were two spinoffs of Figure it Out! that came out before the reboot, a family edition and an animal edition. I put the animal edition because now the contestants have even more little to do. It's all about the animals. Yes, I know that these animals were trained and the kids should be very proud to show off their pets, but still, some of the talents were really stupid. There was a goat who could jump really high. Yeah! This was the lowest point that Figure it Out! did and the show was cancelled afterwards. But it would come back years later with a much better reboot. More on that another time. 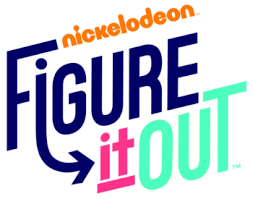 I already mentioned this show on my top 5 best and worst Nickelodeon preschool shows so I won't do into too much detail. This spinoff of Blue's Clues features Blue in her own world surrounded by new friends and learning new lessons. While many people felt that Steve's departure was the downfall of Blue's Clues, I believe that this show was. Joe wasn't that bad, it's just that he wasn't Steve. In my opinion, Blue's Room was the one that brought Blue's Clues down. The same show that put Nick Jr. on the map was killed by its spinoff. Ever since then, there were many mediocre Nick Jr. programs that came out. It looked like the end for Nick Jr. But luckily, Yo Gabba Gabba! came out and saved it. More on that another time.

There's only one word when describing this show: pointless. Absolutely pointless. Just Jordan was the final spinoff show from an All That cast member and it is absolutely boring and forgettable. The show is about Jordan Lewis, his younger sister, and his mother moving from Arkansas to Los Angeles to live with his grandfather after his parents get divorced. Jordan comes up with various schemes and gets involved in crazy scenarios. Most people may hate on the Revival Era on All That since it doesn't have the classic skits or the cast members we've come to know and love. I've already defended that on my top 10 Nickelodeon shows that deserve more love and less hate, so I won't go into that. But I can say that seasons 8-10 were irritating, especially 10. Most of the cast members were not funny and they resorted from using old skits from earlier seasons. Lil JJ was pretty much everywhere in the mid to late 2000's, like Lil Romeo and Nick Cannon were in the early 2000's. He was pretty much the replacement Nickelodeon Black comedian archetype that didn't stand out at all. The show was eventually cancelled and Lil JJ was just as forgotten as the show. More on that another time.

Rugrats was beloved by many kids who grew up in the 90's. However, around the 2000's, it was losing steam, other Nicktoons came out and overshadowed it, and Klasky Csupo's reputation was lowering. They tried to redeem themselves with Rugrats Go Wild and All Grown Up! The latter was one of the most popular programs in the 2000's and it introduced a new generation to Rugrats. However, the people who grew up with the original hated it, including me. Besides the characters growing up, nothing interesting was added. The new characters were boring and underdeveloped, the scenarios weren't original and were done better in As Told by Ginger, and the new personalities were very hit and miss. It was the final nail in the coffin for Klasky Csupo as they no longer made cartoons for anyone for over 6 years. I really despise this show and in my opinion, it should've have never been made. Even Klasky Csupo agrees and even retconned the show from the Rugrats franchise. It's that bad!

As you recall from my Zoey 101 review, you know how much I HATE this show! In my opinion, this is Dan Schneider's worst Nickelodeon sitcom he has created. The 4th All That spinoff stars Jamie Lynn Spears as a teenage girl going into an academy where she meets up with friends and eventually finds out that one of them has a crush on her. It was the most popular show in Nickelodeon in 5 years and it generated many views from teenage girls and boys. I must ask: why? First off, Jamie Lynn wasn't even a popular cast member on All That. The girls that everyone associates from the All That revival era were Lisa Foiles and Chelsea Brummet. But since Lynn's older sister Britney was hugely popular at the time, the Nickelodeon executives decided to give her a show instead. Bullshit! The show isn't even that good either. It's unfunny, unrealistic, horribly represents teenagers, and predictable. Also, most of the people who worked on this show didn't even go very far afterwards in their careers. Great job, Schneider for creating another crappy spinoff show.

Yeah, you knew this would be #1. I couldn't think of any show other than this to take its spot. Planet Sheen will not only be remembered as the worst Nickelodeon spinoff show, but as one of the worst Nicktoons of all time. The show is a spinoff of The Adventures of Jimmy Neutron: Boy Genius involving with one of the main characters Sheen Estevez sneaking into Jimmy's lab and stealing his rocket. The rocket takes out and Sheen lands on a planet filled idiotic aliens who think that Sheen is the smartest human on Earth. The annoying personality of Sheen is doubled in this series, the other characters was annoying, and the episodes were so bad that people demanded Nickelodeon to take it off the series. They did and the show was immediately cancelled! This show is a terrible abomination to the Jimmy Neutron series being annoying and pointless.

What spinoff from Nickelodeon do you hate? Post it in the comments below.