Movie Review: Yours, Mine, and Ours

To conclude 2005 in the Nickelodeon tribute, we take a look at a movie produced by Nickelodeon Movies. It was a remake based of the 1968 film Yours, Mine, and Ours starring Lucille Ball and Henry Fonda. It's loosely based on the true story of Frank and Helen Beardsley having a rocky relationship with getting their 20 children together (ten from Frank, 8 from Helen's first marriage, and 2 from Helen and Frank). The children don't want them to get together since they liked their lives before and they do everything they can to break their parents' relationship. Desilu Productions, the same company that Desi Arnaz founded that produced I Love Lucy bought the rights to Helen's stories to make it into a motion picture. The movie, while it was a massive commercial success, received mixed reactions when it first came out, mostly due to the fact that it had little to nothing to do with the original source material. 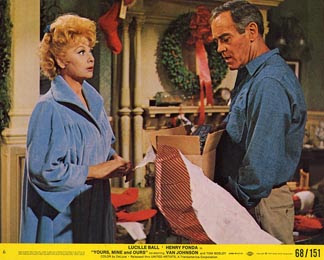 However, as time passed, critics and viewers enjoyed it saying that it was a very entertaining movie with the main praises going to Lucille Ball's performance and the hilarious stunts the children did in the movie to break the parents apart. It was because of this movie, it inspired The Brady Bunch despite another movie with a similar premise Cheaper by the Dozen debuting 18 years before in 1950. Nonetheless, without Yours, Mine, and Ours, we wouldn't have one of the most beloved TV shows of all time. So with that, what can go wrong? Well, in 2003, a remake of Cheaper by the Dozen debuted starring Steve Martin and Bonnie Hunt and it was a commercial success despite the negative remarks. With the announcement of a sequel, Paramount and Nickelodeon Movies made a remake of Yours, Mine, and Ours on November 23, 2005 to compete with Cheaper by the Dozen 2 which came out a month later. Is the remake better than the original? Will they follow the original source material? Let's see and find out. This is Yours, Mine, and Ours.

The movie begins with Frank Beardsley (played by Dennis Quaid) moving into a new house with his family consisting of 8 kids in Connecticut and Helen North (played by Rene Russo) and her 10 kids. They are both single due to Frank and Helen being widowed. Each of them go on dates in a restaurant with different people, but they meet up with one another being old high school sweethearts. Later on, they meet up at a 30 year high school reunion. They talk about what they're up to nowadays with Frank being an Admiral at the Coast Guard and Helen being a handbag designer. They immediately fall in love all over again, even with Frank and Helen revealing how many kids they have. The revelation doesn't strained their relationship as they decided to get married and move all their kids in a new house by the lighthouse where Frank and Helen had their first kiss. With that said, they decide to take the kids on a sailboat ride for them to get to know one another. But after a minor mishap with Helen squirting sunscreen on her face and Frank helping her to clean it off, the kids immediately don't like one another as each of them are annoyed with each of the clashing personalities. Since Frank and Helen raised their kids in a different way, each of them share their distinctive traits: Frank is a Coast Guard Admiral who raised his children in a disciplined matter so the kids are disciplined and Helen is a free spirited artist so her kids are free spirited in different ways from art to using the video camera to music. The kids from each parent hate one another because they are too different so they decide to have a plan to split them up so that their lives would return back to normal. They all agree.

So the plan starts with Frank's children causing a huge mess with the Frank's schedule at the chalkboard and Helen's children being disciplined with Frank's oldest son William, and ending it with a huge food fight and paint fight. The plan seem to work so far with Helen and Frank slowly getting strained with their relationship. However, they rekindle and have a family meeting saying that from that point on, there will be agreements with each other's way of raising their kids. Meanwhile, Frank's superior offers him a job to take his position as Commandmant at Washington, D.C. and Helen having the offer of making new handbags for a big company. While Frank declined the offer at first, Helen is excited about it so she gets to working on her handbags. However, the kids decide to clean her studio and more of the relationship begins to falter. As time goes on, the kids start to get along and help each other with their activities. But they still don't want to live with one another, so they decide to have a massive party/food fight that goes out of control. With that, Frank decides to take the job as Commandmant and breaks up with Helen saying that the chaos is too much for him to handle. The kids decide that they made a huge mistake and decide to bring them back together again. The older kids go after their dad while the younger kids mess the house bringing it into disorganization. When Helen gets back, she learns that the kids were behind the fights. Frank learns from the older kids about everything and the movie concludes with Helen shining the lighthouse bringing Frank back home, getting remarried again, and everyone living happily together as a family.

When the movie first came out, it was hugely panned by critics and audiences despite the movie making $72 million dollars at the box offices. It even has a rating of 6% on Rotten Tomatoes, the same percentage that The Last Airbender has. Overall, this is a very predictable, underwhelming, schmalzy movie with characters being one dimensional and bland with nothing that makes them standout outside of doing things that tie into their character. As for the performances, they're okay. Nothing really stands out from either actor or actress, with the exception being Rene Russo who did a good job as Helen and the nanny who took care of Frank's kids. This remake was even further from the original source material than the original movie was. Even though the original changed a lot of things from the book, it was able to stand out from the performances by Henry Fonda and Lucille Ball and there were a lot more funny moments in it. It seemed that this version of Yours, Mine, and Ours was made just to grab onto the success of Cheaper by the Dozen and it shows from the overbloated amount of kids with little to no personality and the wacky, crazy shenanigans to try to entertain the audience but failing to do so. Yours, Mine, and Ours is one of the most unnecessary remakes I've ever seen and I don't recommend checking it out.

That's all for now. Tune in next time as we go into the year 2006 and look into another Nickelodeon movie with Nacho Libre. 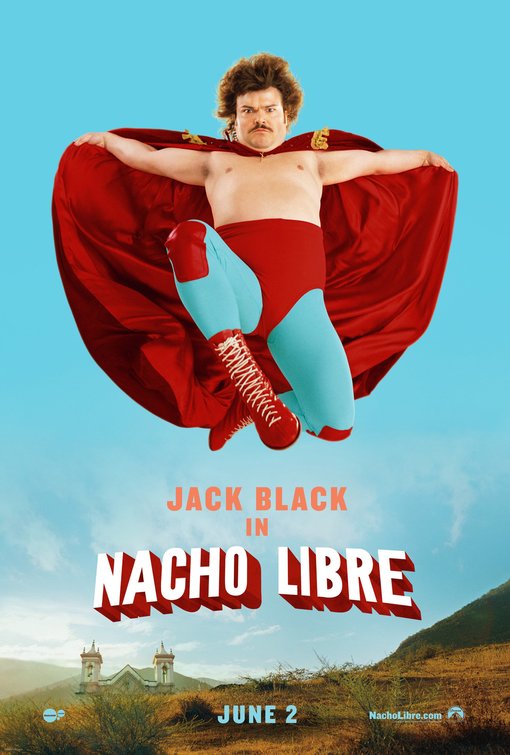 -Patricia
Posted by Old School Lane at 7:27 AM

Email ThisBlogThis!Share to TwitterShare to FacebookShare to Pinterest
Labels: and Ours, Mine, Movie Review, Nickelodeon, Nickelodeon Movies, old school lane, Yours