Around the late 90's, Kenan & Kel was ranked the most popular among the list of their favorite teen series on Nickelodeon. While that show was a modern take on 50's sitcoms such as The Honeymooners, Nickelodeon decided to create a teen sitcom that had both humor and life learning lessons thrown in by people who were more realistic. That show was Cousin Skeeter which debuted on September 1, 1998.


The show was about the Walker family consisting of a husband named Andre (played by Rondell Sheridan), a wife named Vanessa (played by Angela Means), and their son Bobby (played by Robert Ri'chard.) They live a typical life in New York City doing their everyday routines. Andre wants a dog more than anything in the world, so he's mostly seen having Vanessa on a leash. Bobby is a smart, down-to-earth kid who always does his homework, does what he's told, and never does the wrong thing. Everything seems perfect until Bobby's cousin Skeeter comes all the way from Atlanta, Georgia to live with the Walker family. Skeeter is a puppet (played by Bill Bellamy) who is hyperactive, rude, impulsive, and reckless. He's a true ladies' man who always gets his way and gets Bobby into crazy situations that ends up with them getting into trouble. In the end, they learn a lesson that teaches them containing to everyday life.

Bobby has a best friend named Nina Jones (played by Meagan Good) who's portrayed as a nice girl who's a fast talker. Bobby and Skeeter both have a huge crush on her and compete to see who would end up being Nina's boyfriend. 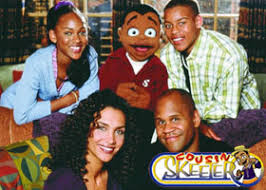 Throughout the show, Bobby and Nina would be hanging out doing their homework, walking around in the mall, or just hanging out until Skeeter comes along wanting to do something fun and reckless. Bobby constantly tells Skeeter no, but Skeeter does it anyway getting himself in crazy situations. It's up to Bobby, Skeeter, and Nina to correct the problem before it gets worse. Despite Skeeter being a puppet, everyone treats him normally like everyone else. 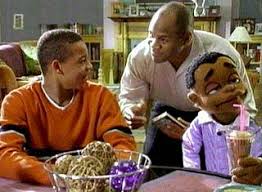 The show was created by Phil Beauman, Alonzo Brown, and Brian Robbins, the co-creator of All That. Cousin Skeeter ended up winning numerous awards such as Outstanding Youth or Children's Special/Series for three years in a row. It was not as big of a hit as other Nickelodeon shows like Kenan & Kel, but it still garnered an audience enough for the show to run for 3 seasons until it was cancelled on May 19, 2001. Some of the cast members of Cousin Skeeter went on to do other things, while others faded into obscurity.

Robert Ri'chard has been in other movies and TV shows such as Figure it Out, Light It Up, Touched by an Angel, The Feast of All Saints, One-on-One, House of Wax, Coach Carter, Veronica Mars, The Comebacks, The Vampire Diaries, and A Beautiful Soul. 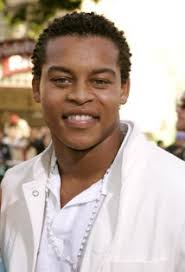 Rondell Sheridan has been in other movies and TV shows such as That's So Raven, Cory in the House, Men are from Mars, Women are from Venus, The Match Game, and Rites of Passage. 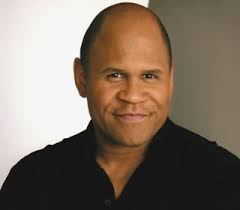 Meagan Good has been in other movies and TV shows such as The Secret Life of Girls, Moesha, The Steve Harvey Show, The Famous Jett Jackson, Raising Dad, Biker Boyz, Deliver Us from Eva, You Got Served, Kevin Hill, House, Stomp the Yard, Saw V, Cold Case, 35 and Ticking, and Jumping the Broom.

Bill Bellamy mostly focuses on his standup comedy with his TV show Bill Bellamy's Who's Got Jokes? 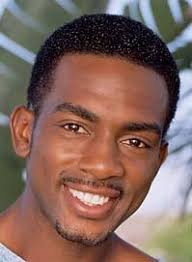 Overall, this show is beyond both boring and annoying at the same time. The main characters are really one dimensional. They're portrayed as really nice people with no extra edge to them to make them stand out. They're pretty much bland and extremely forgettable. The only person who's slightly memorable is Skeeter. But the problem with Skeeter is that he's a terrible role model for kids: he's impulsive, annoying, and rude to everyone. He's the one that causes all the trouble that Bobby ends up fixing and he ends up getting what he wants by acting impulsive, annoying, and rude. This show was suppose to teach life lessons to the viewers who were watching it, but it seems that they forget the lesson that they had learned in the next episode just like The Wild Thornberrys.

Cousin Skeeter was trying to capture what Kenan & Kel was doing by creating a sitcom for kids that gets our main characters in crazy situations and getting themselves out of it. But the thing with Kenan & Kel that made it so memorable was that the main characters were all memorable, each of them had funny characteristics, and the situations they get into were tons of fun to look at. Cousin Skeeter fails at all of these: most of the characters are bland, they weren't developed enough to make one character stand out, and none of the situations weren't as remotely memorable or funny as Kenan & Kel were. 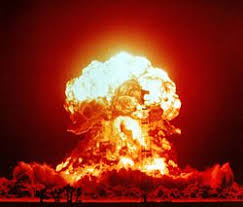 Alright, that aside, if you take Skeeter away from the show, you would have a forgettable kids' sitcom with bland, underdeveloped characters. I don't recommend checking it out.

-Patricia
Posted by Old School Lane at 10:24 AM