Around the late 90's, the world of literature is in a slight halt. The Goosebumps series, which were the most popular book series in the early to mid 90's, were waning down due to the newer books not up to par with the old ones. If you were a girl, then most likely you would be reading The Babysitters' Club book series.

If you were a boy, then most likely you would have read Animorphs. 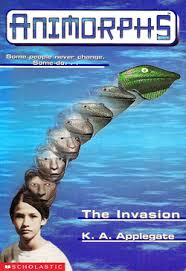 The teen series written by K.A. Applegate involved with six kids, five humans and one alien, having the ability to turn to any animal they touch any animal they desire. They use their powers to fight off an evil alien invasion called the Yeerks. The Yeerks were parasitic aliens who can take control of any creature they want as long as they have a brain. The series would focus on one characters' narration discussing about their lives and their adventures. It would focus on serious problems such as war, leadership, horror, morality, freedom, and the struggles of growing up. At the time, it was so captivating for kids to read something so action packed and serious. It was great to have six kids with different books telling their narration. If you didn't like one character or story, you can read about someone else. 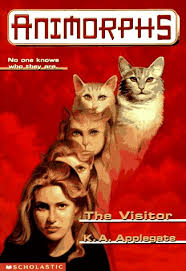 The book series was so popular that Nickelodeon decided to make a TV series based on it simply called Animorphs.


When they announced it, many Animorphs fans were so excited for it. They thought to themselves "Wow! It'll be just like Goosebumps! They'll get the same characters and story structure from the book! I can't wait to see what Jake or Tobias or Ax looks like! I'm can't wait!" Does it still close to the book series? Well, let's see and find out. Here's Animorphs, the TV series.

The show starts off with the introduction of our main character and leader of the Animorphs, Jake (played by Shawn Ashmore) Marco (played by Boris Cabrera), Tobias (played by Christopher Ralph), Jake's cousin Rachel (played by Brooke Nevin), and Cassie (played by Nadia Nascimento). They know each other from school, but they get themselves acquainted more when they decided to walk home together. All of a sudden, Jake's Golden Retriever Homer runs away from the group and leads the group to an abandoned construction site. All of a sudden, a spaceship lands near the site and the kids went to see what's going on. An injured Andelite named Elfangor (played by Diego Matamoros) warns the kids about an alien species called the Yeerks who have the ability to control any creature they want as long as they have a brain have landed on Earth. They wish to control the humans which is called a Controller. 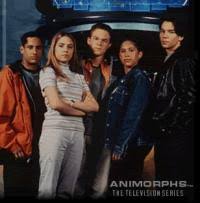 He lets them though that more Andelites are on their way, but it would take a year for them to get to Earth. By then, the world would already be ruled by the Yeerks. So he decided to give the kids the ability to turn into animals to fight off against the Yeerks by touching them. The animal DNA would be absorbed into their bodies and then they would turn into an animal instantly. He warns them to not stay in the animal form for more than two hours or else they would be that animal forever. All of a sudden, the Yeerk leader Visser Three (played by Eugene Lipinski) kills off Elfangor and find out about the kids. They escape in time without being controlled.

The next day, Jake's older brother Tom (played by Joshua Peace) invites him to a group meeting called The Sharing. It turns out that the group were Controllers led by their principal Mr. Chapman (played by Richard Sali). Tobias and Jake explore around the school and see that the school is crawling with Yeerks. They try to fight them off, but they get outnumbered by them and retreat. They call themselves the Animorphs and stop at nothing to fight the Yeerks until the Andelites arrive on Earth one year from that point. 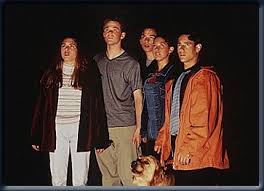 Throughout the rest of the series, all the five characters go through many adventures fighting against the Yeerks. Along the way, a young Andelite named Aximili-Esgarrouth-Isthill (played by Paulo Costango) lands on Earth to assist the kids to fight against the Yeerks. It's discovered that he's Elfangor's younger brother. 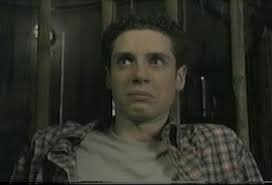 The show lasted for two seasons ending its run on April 23, 2000. The actors went on to do other projects after Animorphs.

Shawn Ashmore has been in other movies and TV shows such as the X-Men trilogy as Bobby Drake/Iceman, Earth: Final Contact, The Famous Jett Jackson, Underclassman, The Outer Limits, Cadet Kelly, The Ruins, Frozen, Smallville, Earthsea, The Day, and The Following. He's married to Dana Wasdin, whom he met when doing Frozen. Brooke Nevin has been in other movies and TV shows such as The Famous Jett Jackson, Twice in a Lifetime, I'll Always Know What You Did Last Summer, Skin, The 4400, Without a Trace, Charmed, The Comebacks, Worst Week, Call Me Fitz, Infestation, Archie's Final Project, and Breakout Kings. 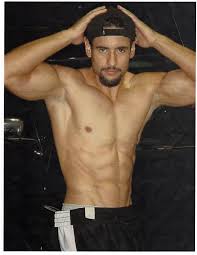 Nadia Nascimento quit acting and is now the senior strategist for the Invoke Media software warehouse. 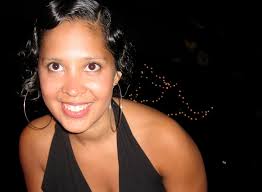 Christopher Ralph has been in other TV shows such as In a Heartbeat, Our Hero, Queer as Folk, 1-800 Missing, Murdoch Mysteries, and Republic of Doyle. 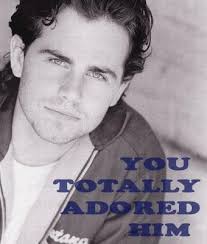 Paulo Costanzo has been in other movies and TV shows such as Road Trip, Josie and the Pussycats, 40 Days and 40 Nights, A Problem with Fear, Joey, and Royal Pains. 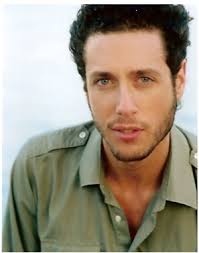 Eugene Lipinski has been in other movies and TV shows such as MythQuest, Screech Owls, Sue Thomas: F.B.Eye, Da Vinci's City Hall, The Fringe, and The Listener.

Joshua Peace has been in other movies and TV shows such as Paradise Falls, True Blue, Cube Zero, The Sentinel, You Might as Well Live, Grey Gardens, Survival of the Dead, Devil, and Red. 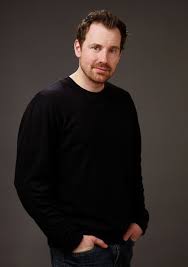 When the show first came out, it was not viewed by many people. The people who weren't familiar to the Animorphs book series were confused to what was going on in the show. Also, the time slot was really bad with it airing around Monday nights instead of Saturday nights when SNICK would be airing shows like All That, Kenan & Kel, etc. It was nothing special to them and it prevented the kids from reading the book series fearing that it would be similar to the TV series that they didn't care for very much. For the people who were beyond excited about the series, they instantly hated it! First and foremost, there were so many changes from the original source material that it irrated the fans who saw it. Some of the characters' personalities, animal transformations, plots, and storylines were completely different in the TV series from the original book series. It was a huge disappointment for the fans of the shows! 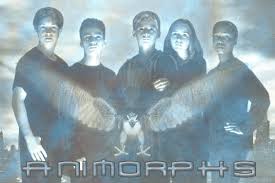 One year later in 1999, a new book was released to the public that came from an unknown author from the United Kingdom. It was called Harry Potter and the Sorceror's Stone. It was a gigantic hit! It had captivated a whole generation of kids and had gotten kids to read again! 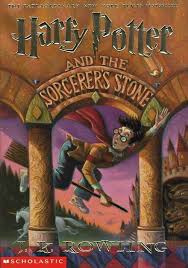 When the Harry Potter movie came out in 2001, it was also a gigantic hit with many of the fans satisfied seeing the movie transistioned very well on the screen. Around the same time, the Animorphs series was completed and since then, it has been forgotten. Mostly due to the TV series on Nickelodeon, it killed the Animorphs craze instead of made it more well-known. Then when Harry Potter came out, the Animorphs series was left in the dust and it became Scholastic's highest rated book series to date. If you never read the books, the show is confusing, inconsistent, the CGI is terrible, and a bit dull. The TV series had the potential to be fantastic  with its unique concept, memorable characters, interesting villains, and dark messages. But the major changes that they did had steered away both new comers and fans alike. There's a reason why the Animorphs TV series is hugely forgotten. I don't recommend checking out the TV series. You're better off reading the original Animorphs books. 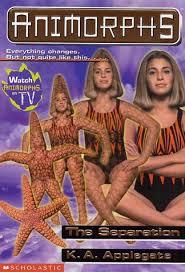 That's all for now. Tune in next time as we conclude 1998 with a review of Nickelodeon Movies' third feature film and Klasky-Csupo's first, The Rugrats Movie.