Before we get to our main review, let's quickly discuss about the last Nickelodeon game show that debuted in the 90's. That was You're On! that debuted on August 1, 1998.


The show was about a group of two kids working together to get people passing by around Nickelodeon Studios to do silly stunts that focus on a theme. They have 10 minutes to do these three tasks would win a prize like camping gear or sporting equipment or a Nintendo 64. If they don't complete the three tasks in 10 minutes, then they win a gift certificate. In the second half of the show, they would be two games played called "Runaround" in which they would call two groups of six people. In the first game, it would consist of six kids divided into two teams. In the second game, it would be three kids and three adults who were related to the kids. In the first Runaround, the two groups guess on how many stunts that the two kids complete. The one who guesses correctly wins a prize.

The show was hosted by Phil Moore, the host of Nick Arcade. He brings his extremely goofy personality in You're On! when it came to the interaction of the kids. At least he's dressed less goofy without the over-the- top shirts that he used to wear on Nick Arcade. 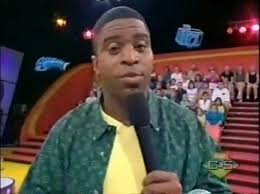 The show lasted for one season ending its run in 1999. Overall, being the last Nickelodeon game show in the 90's, You're On! was the weakest game show in the bunch. It was a borefest seeing kids just trying to get adults to do these silly stunts as well as seeing the kids in the audience guessing on how many they would do. Nothing exciting happens in this game show. Even though that this game show was basically suppose to be Candid Camera for kids, it was beyond forgettable. I don't recommend checking it out.

Now we get to our main review. In the late 90's, there was one channel that people were beginning to tune in like crazy: Animal Planet. The planet that gave viewers animal documentaries 24 hours a day, every day debuted on television on October 1, 1996. While they showed their documentaries featuring the living environment and behavior of animals, one show brought millions of audiences to their TVs, The Crocodile Hunter hosted by Steve Irwin.


This crazy Australian wildlife expert's TV show was a huge success. Over 500 million viewers from over 130 countries tuned in to watch Steve tackle large crocodiles in the wild.

Also around June 1998, Eddie Murphy starred in the family comedy based on the 1967 comedy Doctor Doolittle. Despite having mixed reviews, it was financially successful and had gotten kids wanting to talk to animals. If The Crocodile Hunter and Dr. Doolittle had a baby, you would have The Wild Thornberrys which debuted on September 1, 1998.


The show was about a family called the Thornberrys who travel around the world doing a nature show looking for rare animals to film. The family consisted of the following:

Nigel Thornberry (voiced by Tim Curry) was the host of the nature show. He's a optimistic, yet clueless man who loves kippers, animals, and being with his family.

Marianne Thornberry (voiced by Jodi Carlisle) is Nigel's wife and the cameraperson/editor of the nature show. She's more down to earth than Nigel trying to keep her family at bay while trying to get their work done in time to send it to the network producers.

Debbie Thornberry (voiced by Danielle Harris) is Nigel and Marianne's oldest daughter. She's a typical 16-year-old girl who loves fashion and music. She longs for a normal suburban life for her family instead of traveling around the world surrounded by animals.

Eliza Thornberry (voiced by Lacey Chabert) is Nigel and Marianne's youngest daughter. She's a 12-year-old girl who loves traveling around the world with her family and exploring the wilderness alongside her best friend Darwin, a chimpanzee, and a little wild boy named Donnie.

Darwin (voiced by Tom Kane) is a chimpanzee originally from the Congo. He's a bit of timid coward when it comes to traveling around the wild with Eliza all by themselves. However, he sticks close to Eliza side by side, never thinking about abandoning her when things get tough.

Donnie (voiced by Flea from The Red Hot Chili Peppers) is a 5-year-old boy that the Thornberrys found wandering around when they were filming about the orangutans in Borneo. He speaks in a really fast gibberish that no one can understand. He loves eating bugs. 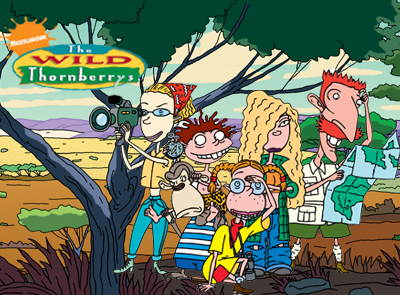 The show mostly focuses on Eliza. When she was 10, she helped saved a warthog from a trap. That warthog turned out to be an African shaman named Lopsugne Sjoungboun Qeisha. For saving him from the trap, Lopsugne gave Eliza a gift: the ability to speak to animals. The only condition is that she must never tell anyone that she has this ability or else she loses it. Whenever Nigel and Marianne go out to find animals for them to film, Eliza sneaks out with Darwin and Donnie and explore their surroundings. They usually meet up with an animal that would either have a problem or the group would end up getting themselves in trouble.

The show was created by Arlene Klasky, Gabor Csupo, and Steve Pepoon. Klasky-Csupo, their company, were already becoming a staple in the 90's with their top quality animated shows such as Rugrats, Aaahh! Real Monsters, and Duckman. Around the late 90's, they were in a slow state with Duckman being cancelled and Santo Bugito only lasting one season despite having being ahead of their time with a show about a world consisting of talking bugs. They picked themselves right up and did the animation for Stressed Eric and created The Wild Thornberrys. 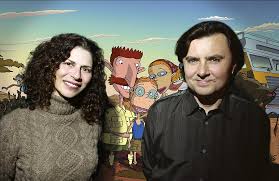 The inspiration for Nigel was based off of David Attenborough, a British broadcaster and the narrator for BBC animal miniseries such as the Life series, Planet Earth, Blue Planet, and Frozen Planet. Eliza was based on the looks and characteristics of Pippi Longstocking. She has the same red hair, pig tails, freckles, and a primate companion. Instead of it being a monkey named Mr. Nielsen, it's a chimpanzee named Darwin. Donnie is sort of like a younger, wilder version of Tarzan from being raised by orangutans instead of gorillas and having leopard shorts instead of a loincloth.

The show lasted for 5 seasons ending its run on March 11, 2004. When the show first aired, it was praised for including lessons about taking care of nature and appreciating the animals. It was gust of fresh air to see a family traveling around in a high-tech RV instead of a typical suburban home that other cartoons were doing at the time. It's also interesting to note that The Wild Thornberrys was the first Nicktoon to run 22 minute episodes as oppose to all the others that were 2 mini episodes running at 11 minutes. Also, it was nice to see the parents interacting with the kids. Other shows at the time had the parents either not being around the kids or scolding them for something stupid. Once again, the minds of Arlene Klasky and Gabor Csupo had created a show that was unlike anything else on TV. They had created another hit. 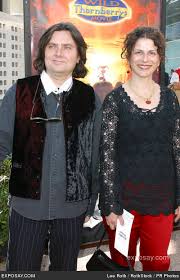 However, looking back years later, I find the show to be a tad bit overrated and underwhelming. First of all, some of the behaviors of the main characters can be a bit annoying. Whether it's Nigel's clueless personality, Darwin's timid personality, Donnie's yelling gibberish, or Debbie's mean personality towards her family. But the biggest problem with me is Eliza. She thinks that just because she can talk to animals, she thinks that she's more intelligent than they are. She tries to help with their problems, but sometimes it ends up worse than what it was. In one episode, a bird is struggling to get grubworms from a tree using a cactus needle. Eliza helps the bird out by giving him a threading needle. It works great. Now the other birds want threading needles to get grubworms. It ends up ruining the whole food chain with now the other animals going hungry.

Rule #1 when it comes to seeing animals in a crisis: don't interact with them. In every documentary, the film crew and the host do not get in the way of assisting an animal when they're in trouble. It's part of life. Animals do need to get eaten in order for the circle of life to continue. They teach us this in every documentary we see on TV and Eliza still does this despite the fact that her parents are doing a nature show. This is a huge flaw and this important rule is completely ignored throughout the rest of the series.

But when they're not rescuing animals and they end up exploring their surroundings, it tends to get a little bit boring. Nothing really interesting happens until a wild animal appears and they start interacting with it. The lessons that Eliza learns from her animal interactions is never brought up and it seems that in the next episode, she forgets it completely. The lessons are extremely vague at times and seeing an episode is a bit forgettable at times. I can't tell you where they were or who they met up with because it was a bit of a blur to me. The episodes get a bit repetitive: they go to a new location, Nigel and Marianne go out to look for an animal to shoot, Eliza wanders away from her home, Debbie sits around complaining about everything, they meet with an animal, a problem occurs, they solve the problem, and that's it.

If you're a huge fan of animal documentaries and nature shows, I'd say check it out. If you're not, then skip it. In my opinion, The Wild Thornberrys is Klasky-Csupo's second weakest Nicktoon. As for their first, we'll talk about that another time.

-Patricia
Posted by Old School Lane at 6:58 AM