The year is 1998. Shakespeare in Love, Saving Private Ryan, A Bug's Life, and Antz were released in theaters. Dawson's Creek, Sex and the City, Teletubbies, and The Sifl and Olly Show debuted on TV. Nickelodeon was still the number 1 program for kids with their top rated Nicktoons and teen shows, Cartoon Network was beginning to show its potential with their exclusive cartoons like Cow and Chicken, Johnny Bravo, and Powerpuff Girls, Kids WB were slowly loosing popularity with Toonsylvania, Steven Spielberg's last cartoon he produced, and Pinky and the Brain reaching its end. Disney Channel, while dishing out cartoons, were mostly releasing teen series like The Famous Jett Jackson. Around April 4, 1998, a new Nicktoon debuted on TV that was just plain weird to people who first saw it. That show was simply known as CatDog. 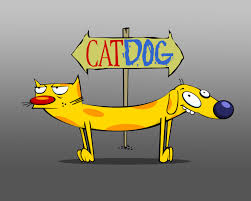 No, your eyesight is fine. You are seeing a cat and a dog in the same body. These are your main characters. You're ok, now? Okay.

The show was about Cat (voiced by Jim Cummings) and Dog (voiced by Tom Kenny) living in a fishbone house in the town of Nearburg living out their everyday lives trying to get along and live in the same house despite being completely different. Cat is a more sophisitcated, intelligent, and indoor cat who loves polka music, reading, and gardening. Dog is a more hyperactive, dumb, adventurous, and loyal dog who loves chasing garbage trucks, tennis balls, and shadows. He's a huge party animal that loves going on huge roller coasters, surfing, and constantly leaving messes around that Cat would clean up after. His catchprase is "Hi Ho Diggety". 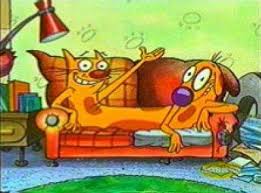 There are other characters in the show that CatDog interacts with such as Winslow (played by Carlos Alazraqui), a blue mouse who lives with CatDog. Winslow has a snarky personality and says his catchpraise "What are you, nuts?" Cat and Winslow don't like each other very much, but Dog gets along with Winslow just fine. The Greaser Dogs, Cliff, Shriek, and Lube, are a group who live in a shack acting tough and mean all the time. They constantly like to beat up Cat all the time because he's a cat. They never beat up Dog since he's a dog. Despite this, Cat has a huge crush on Shriek because he finds her more charming and sophiscated than Cliff and Lube are. Occasionally, they would come across a mean rabbit named Rancid (played by Billy West) who would either be deceiving, manipulating, or cunning towards CatDog.

The premise of the show was that Cat and Dog would go through some struggles either with each other or with the Greasers or with the world and they had to endure it together. Cat always has a genius plan to either get rich or famous and would convince Dog easily to help him out. Dog, despite not having a lot of brains, always helps Cat out due to his loyalty and love for Cat. Sometimes it goes well, most of the times it doesn't. There are even moments in which Cat would get angry at Dog for chasing garbage trucks and getting himself injured. Or even when Cat wants some alone time and asks Dog to put on a cat bottom costume so he can be a full on cat for the day. Cat would always be manipulating to Dog and would sometimes take him for granted and be mean to him. But in the end, he realizes that they're brothers and that they'll always be together. 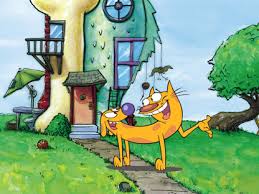 The show was created by Peter Hannan. He originally wanted to do shorts of CatDog, but when he wrote and sang the theme song of the shorts, the Nickelodeon execs wanted him to do it as a series. He accepted. It's interesting to note that CatDog was the first Nicktoon to air on Nickelodeon five days a week as oppose to once a week that a regular cartoon would air when it first debuts.

The show lasted for 4 seasons ending its run on June 15, 2005. When the show debuted, it had gotten criticized for being "iffy", "odd", and "weird". Overall, I find the show to be iffy, odd, and weird while at the same time a bit mean spirited. The majority of characters in the show are plain jerks and not good role models for kids. The Greaser dogs, Rancid, Winslow, and even Cat do mean things to people that seem a bit mean and cruel at times. Also, some of the minor characters are extremely forgettable with the exception of Randolph and Mr. Sunshine (played both by Billy West). They're always fun to see. As for the other characters, I don't remember a thing about them. Also, while they do try to throw in morals to their stories, it's seems rushed and not told correctly. Not to mention that the show didn't have the humor and charm that all the other Nicktoons before it showed. The constant joke was that it was a cat and a dog in the same body. That's it. It gets kind of old at times.

While The Angry Beavers did have a similar concept and similar characterization like CatDog in which two brothers who live together in the same house and one of them is smart and the other one is dumb, it was done so much better. Norbert and Daggett had great depth to them and had quirky aspects that made them memorable. Not to mention, you felt like they were brothers. They would fight with one another, but in the end, they would love and support each other. 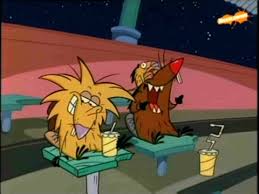 With CatDog, I never felt that they were brothers. They were more like two bickering friends who just happened to share the same body. They were kind of like Felix and Oscar from The Odd Couple. 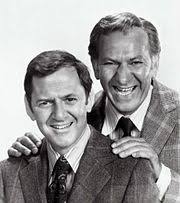 Also, the jokes fall flat at times. I never really found the jokes to be funny, even when I was younger. They just seem a bit corny at times and when they do tackle something dark and more adult like, it seems to be more mean spirited than funny. Overall, while it's not the worst Nicktoon I've ever seen, this show falls a bit short compared to the other Nicktoons that were airing at the time. I don't recommend checking it out. 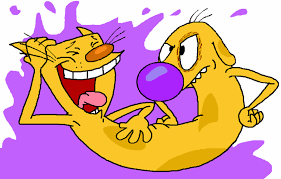