Not that long ago, I did a list of my top 20 favorite Nickelodeon theme songs. If you missed it, click right here. However, I came across a lot of really bad opening theme songs. Whether these songs are annoying, forgettable, generic, or ear cringing, these are the songs that make your ears bleed when listening to it and lessens your interest in watching whatever show that theme song is presenting. Here we are with my top 10 worst Nickelodeon opening theme songs. 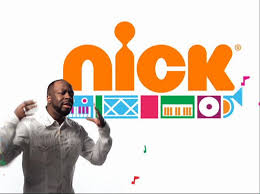 I wasn't too crazy with this show when it first came out so I skipped out on it. Then when Kevin said that it wasn't really bad, I decided to give it another chance. What I found was a very annoying show with annoying characters and a generic plot. The opening theme was too fast paced, annoying, and sporadic. Pretty much it's the show in a nut shell. It's pretty low on this list because the theme song kinda grew on me, but still I'm not too crazy for it.

Now we go from a way too fast paced show to a really boring, generic 90's teen sitcom intro. The opening theme song to the 1991 teen series is extremely outdated by today's standards. Everything about it is so bland: the settings, the introduction to the characters, the music, etc. Fifteen is forgotten by many people mostly due to the fact that there were way better shows that came out in Nickelodeon in 1991. Plus it was a Degrassi ripoff. Click to see it right here and you'll know what I mean. Speaking of ripoffs...

"There ain't no party like a Nick Cannon party", eh? If your parties involve awkward conversations with random people and unfunny skits, then I'll pass. This song is a very generic early 00's rap song that repeats the same thing over and over. No, Nick Cannon. There are way better parties than a Nick Cannon party and apparently, everyone else agrees because this show sucked! It's the second worse All That spinoff of all time.

When it comes to really outdated early 00's rap, you can't go any worse than Romeo! This was the first Nickelodeon show that featured a celebrity and it was bad. The show was so boring, the majority of the characters were so bland, and the music was very forgettable. The opening theme is a perfect representation of what the show was going to be: a marketable product based on a then popular singer having a TV show based on music. The opening theme is so bad that he even uses a line from 50 Cent's "Get Shorty". Yeah...

We now return to 90's Nickelodeon with another show that many people have forgotten of. 100 Deeds for Eddie McDowd is about a mean kid who gets turned into a dog. To be a kid again, he has to do 100 good deeds. The opening theme song is half exposition and half song. The song from the first season was forgettable and the song from Seasons 2 and 3 was Baha Men's "Who Let the Dogs Out?" That song was pretty much everywhere in 2000, so having it as an opening theme to a show is pretty bad when your original song was replaced by it. I've already talked about this show to death in my review of 100 Deeds of Eddie McDowd and my list of the top 20 Nickelodeon shows that I want to see being remade, so check those out and find out why no one remembers 100 Deeds for Eddie McDowd. It sucks that bad. It's the second worst Nickelodeon teen series in the 90's. What's the first? Let's find out.

Oh my God! There are so many things wrong with this show, it's not even funny. The synopsis is generic, the characters are bland, the episodes are forgettable, and the main character is a mean spirited jerk. To top the cherry of this cherry of this shitty sundae is the opening theme. If you listen carefully to the lyrics, you might be surprised on how dirty and sexual it is. The girls are singing about how much they "want" Skeeter. Then again, it was done by a TLC clone girl band named 702. The song was a shorter version of "Steelo" written by Missy Elliot. Let that information soak into you for one minute. A Nickelodeon teen series with an opening theme song written by Missy Elliot. I have no comment.

One of the worst Nicktoons of all time certainly has a terrible theme song. This theme song is basically a lie. They promise butt kicking action and adventure, but what we get is boring characters, terrible animation, and episodes that don't remember seeing 30 seconds after you finish watching it. Many people don't seem to remember Butt Ugly Martians. That's because they were too busy watching The Fairly Oddparents, SpongeBob SquarePants, and Invader Zim to notice this mediocre cartoon.

Oh, Amy Poehler, what made you decide to create this awful, annoying cartoon? Everything about this show is horrendous. The opening theme song, just like Fanboy and Chum Chum's, is too fast paced and annoying. The lyrics repeat over and over again, it's completely random, and the music is awful. Everything about this opening theme is terrible and the show is a reflection on that. Click right here to listen to it.

This is without a doubt the worst Nicktoon that ever aired in the 90's and the worst opening theme song in Nickelodeon history. It's loud, it's obnoxious, it's annoying, and it's irritating. There are no lyrics to this song. It's such someone going "la la la la la la la flub flub flub flub flub". That's it. It makes nails on a chalkboard sound like Beethoven. It's just plain awful. Listen to it for yourselves and tell me that you don't find it to be bad. I dare you. Again, this is another Nickelodeon show that no one remembers and thank God for that.

Hope to see you around Old School Lane soon. Sorry for damaging your ears.