Hey everyone, welcome to another installment of First Impressions. Today Kevin is going to be talking about an upcoming movie that when first hearing it, it got him enraged. No, scratch that, it got him so angry and frustrated that I had to calm him down to speak proper English and not saying an obscene word every two seconds just to type this article down. So, for those who are just as huge Teenage Mutant Ninja Turtles fans as Kevin is, you feel the same pain as well. So be prepared as you read the most irratating movie that has been written in First Impressions since the one I wrote about Pee-wee’s XXX Adventure. Enjoy.

I am a big Teenage Mutant Ninja Turtles fan. I love everything about it; the comics, the movies, the cartoons, the action figures, and the video games. You already know that I’m a huge Turtles fan when I did my First Impressions on the new TMNT cartoon on Nickelodeon. But when I heard that Platinum Dunes will be doing a reboot of Teenage Mutant Ninja Turtles, I was very, very, very, very angry! Michael Bay does not have a bone of originality in his body. He has ruined the horror movie genre with the remakes of Nightmare on Elm Street, Friday the 13th, The Texas Chainsaw Massacre, and Amityville Horror. Although, I have no interests of seeing the Transformers trilogy, I have heard that the first one was pretty good. The only movie I actually liked was Bad Boys,but that’s because Will Smith and Martin Lawrence were good together. Anyway, I have a lot to say about this so get comfortable. Here are a few reasons why I know this movie will be a huge disaster.

#1. We don’t need another movie telling us about the origins of the Turtles.

For really dedicated TMNT fans, they already know about the origins of the Turtles from reading the original comics, watching the first episode of Teenage Mutant Ninja Turtles, watching the first Teenage Mutant Ninja Turtles movie, and more. Come up with something creative, Michael Bay. We already know this story too many times. The Turtles became mutants when they encountered some radioactive ooze. Splinter was a rat trained by a Japanese warrior named Hamato Yoshi. When he came across the same ooze that mutated the turtles, he grew in size as well. Shredder, whose real name is Oroku Saki, is the main villain of the Turtles and Splinter and the leader of the Foot Clan. April O’Neal was once an assistant to Baxter before deciding to assist the Turtles and going on their many adventures (in the 1987 cartoon and Archie Comics, she was a news reporter).

Come up with something creative, Platinum Dunes! 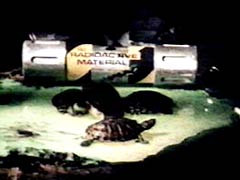 2. The Turtles are being depicted as aliens.

Okay, that is the stupidest thing that I have ever heard in my entire life! The Turtles are not aliens, they are mutants. They did not come from outer space, they are regular turtles that were covered with radioactive ooze. Look at the picture above you! They are mutants! It’s in the title of every single incarnation of every single Teenage Mutant Ninja Turtles media ever! Even the crappy 1997 live action TV series had a form of the word “mutant” in it. See? Don’t try to be clever and try to change everything that we know about them, Michael Bay! Don’t try to ruin a great series that we grew up with. What? You’re telling us to chill? Well, fuck you, Michael Bay. Fuck you!!! Every single franchise you have remade or produced, you don’t have a clue about. You don’t know a damn thing about the Turtles, otherwise you would never depict them as aliens. As for me, I’ve known about the Turtles since I was 3 years old. I’ve read the comics, I’ve seen the movies, the cartoons, I’ve played the video games, and I own figures. Don’t tell me to chill, you asshole! Even if I took a trillion of these, I’m still going to find a way to kill you in your sleep. 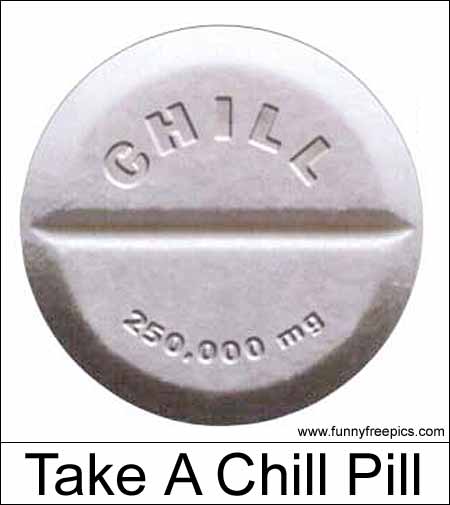 But unfortunately, it’s already been done. The script has been written by a group of assholes who don’t know anything about the Teenage Mutant Ninja Turtles and who are interested in putting in their resumes that they wrote this movie. Nothing more. Since Hollywood is doing mostly remakes or reboots on classic movies already, at least do it right! I mean, anyone can do a better movie about the Turtles than Michael Bay. Anyone! Even Bobo!

Overall, I’m not going to see this atrousity of a great series, but unfortunately, many people will. They are just so nostalgic about Teenage Mutant Ninja Turtles that they would pay money to see a movie based on them, even if it sucks. To quote Robbie Rist, who voiced the character Michelangelo in the original 1990 live-action film adaptation, ”Bay is “sodomizing” the original movies and causing “the rape of our childhood memories.” I couldn’t agree with you more.

Another thing I want to point out is who would the casting actors and actresses be. We know that in the Transformers movies, we had Shia LeBouef, who’s a meh actor and Megan Fox, who’s there just for the sex appeal. Who’s going to be April O’Neal? Kim Kardashian? Paris Hilton? Lindsay Lohan? Who’s going to play Casey Jones? Michael Cera? Channing Tatum? Robert Patterson? Taylor Lautner? Seriously, they’ll choose people who are there just for sex appeal and who can’t act for shit.

That’s all for now. Thanks for hanging out with us at Old School Lane. Catch you later.