Hey everyone, welcome to a special, yet sad post courtesy of Old School Lane. There comes a time when you have to say goodbye to something that you love or has always been there for you when you needed it the most. Everyone has a TV show or genre in which they watch that they enjoy a lot to see, even though many people object to it. For me: it’s cooking shows and game shows. Game shows for me have an alluring charm to them that sucks you in for 30 minutes or an hour that you can’t help but sit down and watch the whole thing. Whether it’s the host, the contestants, the prizes, or the game show itself, game shows have been around television since the 1950’s and continue to be around today.

Some of the most popular shows in America were based on shows from the U.K. like American Idol, The Office, Big Brother, The Golden Girls, Who Wants to be a Millionaire, The X Factor, Dancing with the Stars, Who’s Line is it Anyway, and America’s Got Talent. But one for me that I always enjoy watching was The Weakest Link. The rules of the game show goes like this: a team of 9 contestants work together answering a series of questions in order to make a chain amount of money. The more questions they get right, the higher the amount goes. If a person gets one question wrong, the chain breaks and the money is reduced to 0. If a person says “Bank”, then the money is saved and the chain starts over. At the end of the round, the contestants vote on who they thought was the weakest link until one person remains and wins the money that has been earned. Combining influences from shows like Who Wants to be a Millionaire and Big Brother, the show first aired in August 14, 2000 and it became a critical smash among British TV. However, at the time, it was ranked #2 behind Who Wants to be a Millionaire that had aired two years previously.

To check out the very first episode of The Weakest Link, click on the “link” below. Hahaha! I kill me!

What made the show so successful and different was the host Anne Robinson. Unlike game show hosts who would support the contestants and give them positive reinforcement, she was portrayed as mean, sarcastic, and showed almost no emotion in her face. She was intimidating and scary, yet funny and witty, which was a breath of fresh air to see something different among game show hosts. Every time a person would be voted off the game, Anne would stare at the contestant and say her now famous catchphrase, “You are the weakest link. Goodbye”. It was great!

She was already famous in the U.K. with a TV series called Watchdog, in which the show approaches businesses and corporate companies about the products they sell and if it’s worth buying.

Pop quiz: Whenever a show gets popular in one country, what happens next?

A: You have it made in another country!

On April 26, 2001, less than a year after it debut on the U.K., they brought The Weakest Link to the U.S. hoping to gain the same popularity that Who Wants to be a Millionaire when it was brought to the U.S. Anne Robinson was the host of the U.S. version of The Weakest Link, unlike in the U.S. version of Who Wants to be a Millionaire in which Regis Philbin was the host instead of Chris Tarrant. 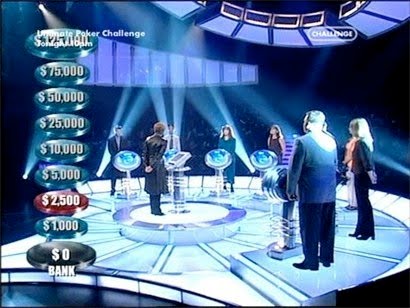 The show became popular among viewers, but never gained a huge amount of ratings since Who Wants to be a Millionaire was the most viewed game show at the time. Around the second season, they tried to gain viewers by having celebrity editions of The Weakest Link, however it made the ratings worse since there were already too many shows based on celebrities. Anne Robinson left the U.S. version of The Weakest Link and was replaced by George Gray and reduced the timing from an hour to 30 minutes.

http://www.youtube.com/watch?v=jPWn8FMXvrI&feature=relmfu
The show became a disaster and it was cancelled on May 20, 2003, two years after it debuted. For game show standards, two years on the air is a joke. However it gained a cult following among fans as there was a video game and board game adaptation of The Weakest Link. 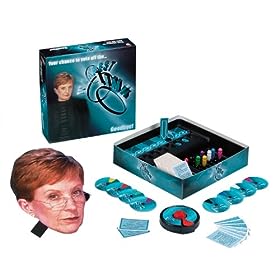 Also the show was referenced among movies and TV shows, including Family Guy.

While the U.S. no longer aired The Weakest Link, the U.K. still did. It still remained among one of the most popular game shows and had many celebrity editions. One of my absolute favorites is the Doctor Who episode. The first minute of the opening kills me every time.

However, all good things must come to an end. As of March 31, 2012, The Weakest Link had aired its final episode in the U.K. after being on TV for 11 years. It is indeed a sad day for our friends across the pond as a game show that had so much heart, intensity, and a fantastic host is gone for good. But, as long as we have fond memories of it, it’ll never leave us. Maybe you feel the same way about this, maybe you don’t. Most likely, you haven’t even heard about this until today. But haven’t you had a show that you grew up with and had an empty feeling inside when it was gone? Post it in the comments below and tell us what show was it and the fond memories you had watching it. We will miss you, Anne.

To lighten up the mood, let’s have some of the best stupidest answers from British game shows.


That’s all for now. Hope to see you around Old School Lane real soon. Thanks for reading.

P.S. Tomorrow’s the big day for the reveal of our summer project at Old School Lane. 35 years ago, a TV network debuted. While it’s under a different name now, it’s still one of the most popular networks on television. Kevin and I will dedicate those three months talking about the shows, the products, and maybe some extra special things in between. Can you figure out what it is? Find out in 24 hours from now!
Posted by Old School Lane at 3:20 PM