Around 2001, there were many changes when it came to the world of animation. People were getting into a brand new style of animation: CGI. There were a few cartoons, video games, and movies getting into this new style. It became increasingly popular when a fairly new company named Pixar were releasing CG animated movie such as Toy Story, A Bug's Life, and Monsters Inc. Another company named Dreamworks were also making CG movies such as Antz and their newest movie Shrek. Nickelodeon knew that they had to keep up with the times. Around the 2000's, one man was working on shorts that would eventually become a huge franchise. His name was John A. Davis. 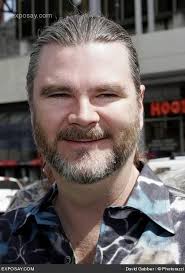 Around the 80's, Davis was working on a script named Runaway Rocketboy about a boy who had a love for rockets. That script was delayed until the 90's when he decided to rename it to Johnny Quasar. He presented his reworked script to a CG company named SIGGRAPH (Special Interest Group on GRAPHics) where he would eventually meet his partner Steve Oedekerk. They worked together with coming up with shorts for this new script to air it on Nickelodeon. Eventually, they renamed it to Jimmy Neutron: Boy Genius.


Similar to The Adventures of Pete & Pete and KaBlam!, the shorts became a huge hit. So much so that on December 21, 2001, there was a feature length film simply called Jimmy Neutron: Boy Genius. 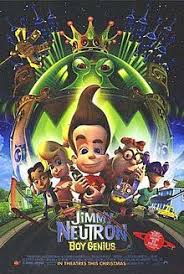 So does this movie still hold up after a decade later or has time not being kind for our boy genius? Here is Jimmy Neutron: Boy Genius.

The movie starts in a secret government where an unknown item is entering the atmosphere. They send in their jets to find out what it is. What they find is Jimmy Neutron and Carl Wheezer heading to throw a homemade satellite to look for alien lifeforms. The spaceship isn't capable of going past the atmosphere so it ends up burning and with them falling. Jimmy and Carl activate their parachutes and land safely. They head over to school where show and tell is occurring. Jimmy is showing off his new invention: the shrink ray. It doesn't work and everyone is laughing at him, especially his school rival Cindy Vortex. After school, they hear about the grand opening of the theme park Retroland. They want to go, but can't since it's a school night. The cool kid in the school Nick Dean tells them to sneak out. Jimmy thinks it's a bad idea, but nonetheless convinces Carl and their other best friend Sheen Estevez to try to butter them up to take them out. 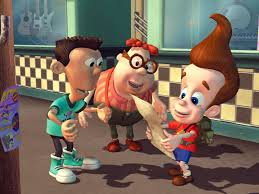 Jimmy's persistence doesn't work on his mother. Instead he gets punished and is sent to his room. Wanting to go to Retroland, he decides to sneak out. Jimmy, Carl, and Sheen have the time of their lives. Meanwhile in space, the satellite is picked up by an alien ship led by a kind named King Goobot. His assistant Ooblar activates the satellite and a video of Jimmy activates telling him about his parents. King Goobot finds Jimmy's parents delicious and heads over to Earth. Jimmy, Carl, and Sheen wish that there were no more parents to tell them what to do. The next morning, the kids find themselves alone with no parents and they start to celebrate. They party until the next day where they start missing them. Jimmy eventually finds out that the satellite he sent was picked up by the same aliens who kidnapped their parents. 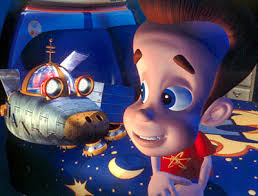 The entire group of kids gathered together to built spaceships to head to the planet to get their parents back. While landing on the planet, they find out that their parents are being used to be fed by the aliens' god named Poltra. Thanks to the satellite that Jimmy sent, they were able to find the coordinates to find Earth and kidnap the humans. They're sent to prison feeling furious that Jimmy was the cause of this. Cindy cheers Jimmy and gets the confidence to rescue their parents before it's too late. Jimmy and the gang fight off the aliens and grab the controls to send their parents to safety. The aliens chase after them and Jimmy uses his shrink ray to make himself gigantic. He blows the alien ship away and they reign victorious. Jimmy apologizes with his parents and the movie ends in a happy note with everyone being safe. 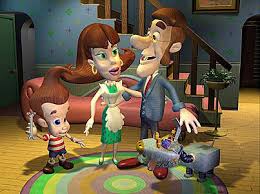 When the movie first aired, it was a gigantic hit! The movie made over $100 million dollars, the second Nickelodeon movie to do so since The Rugrats Movie. It was even nominated for Best Animated Film in the Oscars that year, but it lost to Shrek. As much as I liked Jimmy Neutron: Boy Genius, Shrek did deserve to win. As for how it holds up for today's modern audience, it's still really good. While the animation is a bit bulky, it's still colorful and bright. It's really funny, the characters are memorable, and the story was really original. While most people compare Jimmy to Dexter from Dexter's Laboratory, Jimmy acts more like a kid than a genius. That's actually really relatable and likable. That is until we hit the TV series. We'll talk about it another time. I highly recommend checking it out!

That's all for now. Tune in next time as we have a short, but special interview from one of the voice actors behind Jimmy Neutron. Hope to see you around Old School Lane soon. Take care.