Time to conclude my discussion of ChalkZone with a countdown! As I mentioned in my ChalkZone review, one of the main highlights of the show were the songs. All the songs in ChalkZone were written by Bill Burnett and each of them are very memorable, catchy, and quick. Some people don't like them and think that they're pointless, but I never hear them complain about the songs that would feature in Animaniacs or Histeria! Oh well, nonetheless, here's my top 10 favorite songs from ChalkZone.

This was one of the first songs that was ever brought in ChalkZone and it's one of my favorites. It's about Rudy and Snap traveling around the Amazing River where the song begins with the description of the people, the Mumbo Jumbo Jungle, and the sewage plant ruining the river. It ends with Rudy plugging a cork at the end of the sewage pipe and the sewage spewed all over the town. It's a very nice country song that's energetic and catchy.

Before Tangled came out, ChalkZone had its own version of a Rapunzel musical. It plays into the episode where there's a play involved and it goes wrong with a huge storm wiping away all the chalk in the world. It's up to Rudy and the gang to stop the storm cloud from erasing Chalkzone. Nonetheless, it's a hip-hop style musical that brings out an interesting question. If the witch can fly, why does she needs Rapunzel's hair to climb up the tower? I don't know.

Yeah, it's about Rudy and the band just jamming. Nothing more, but still, pretty rocking! Next song!

This is a very tribal sounding song that's nothing more than chanting. However, it's very catchy and it astonishes me on how the voice actors can sing this without getting tongue tied. I wonder what the lyrics looked like after Bill Burnett wrote it. Nonetheless, it's a bit silly, but it's fun.

This is a song that appears in a Snapisode. It involves with Snap and Blocky, Rudy's first drawing, relaxing and playing pool when one of the pool sticks refuses to be used by Blocky. The reason why is because Blocky is nothing more than just a bunch of lines. Snap tells him that lines can do anything and up comes a song about lines. It's very creative and catchy about all the different types of lines. It just goes to show that something as simple as a line can be useful and versatile. It's pretty cool.

You've probably recall this song in episode 1 of Nick Jukebox. It's a jazzy tune about Snap dropping his keys to his apartment down the drain and asking his neighbors to open the door. No one will let him in and he's begging them to open the door or else he'll get rained on. It's very quick, catchy, and has a really good beat. It shows what a really great singer Candi Milo is in this song.

Again, another silly song about partying in the Mumbo Jumbo Jungle by jumping. It was one of the first songs that I listened to where I couldn't get it out of my head. It was stuck on my mind for a week. It's very light hearted, catchy, and makes you want to jump. It's a lot of fun when something can make you dance along to a fun song.

This is a very soothing song taking place in the beach at night. It involves with dreams and clear nights and bright stars. It's relaxing, it's calm, and very peaceful. Looking at the animation is gorgeous to go along with the song matches very well.

This was one of Bill Burnett's favorite songs that he ever written for ChalkZone and I can understand why. It goes back to songs that used to be popular in cartoons from the 30's and 40's in which they included a song in every cartoon short. The animation captures it well with it taking place in a run down theater where animals would see the performance. Then it goes on a crazy trip with sideways waterfalls, flying flaming shoes, and a monkey cafe. It symbolizes a time period that's been long gone and ChalkZone has proven that it can still be shown in a fun way. So much so that it was included in episode 2 of Nick Jukebox.

While "There You Are" is my favorite bouncy, catchy song, "Golden Thumb" is my favorite calm, serene, peaceful song with a great message. It involves to look for the golden thumb whenever you feel out of luck or  unhappy. It's a song that can pick you up and give you a boost of happiness when needed. It's one of Bill Burnett's favorites and it's my #1 pick for all the over 100 ChalkZone songs.

A few honorable mentions are "Oh My My", "Chunky", "Fireplug Ballet", "Scat", and "Puttin' on the Dog". What are you favorite ChalkZone songs? Post it in the comments below.

Tune in next time as we go back into reviewing Nickelodeon movies with Clockstoppers and Hey Arnold: The Movie. 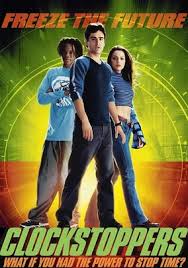 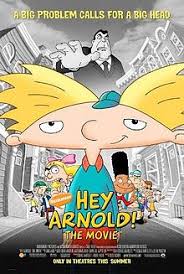