What better way to end our review of Jimmy Neutron: Boy Genius than to talk to the boy genius himself...or herself. The voice actress behind Jimmy Neutron is Debi Derryberry whom you may also know as Jake from Tazmania, Jackie from Bobby's World, Wednesday Addams from The Addams Family animated series, Nergal Jr. from The Grim Adventures of Billy and Mandy, and more. She's also sings children's songs about her own created character named Baby Banana which have reached #1 in many radio stations. Due to her really busy schedule, we were able to ask 5 questions. Nonetheless, I hope you enjoy our interview with Debi Derryberry. 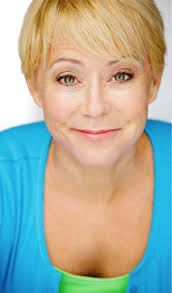 Kevin- When you first auditioned for the role of Jimmy Neutron, what was your first impression on the character and the show?

Debi- I thought it was pretty clever and cute.  It wasn't called Jimmy Neutron though.  It was called something like Johnny Quasar. It was being cast as a very short 7 minute pilot and I had no way of knowing how popular it would become.  I just knew that I had to try to sound different than Bart Simpson or Bobby from "King of the Hill".

Kevin- If you had a shrink ray, who or what would you shrink and why?

Debi- I would shrink my dog so he would be afraid of the cats instead of trying to attack them.

Patricia- What was it like voicing Wednesday on The Addams Family and Jackie from Bobby's World?
Debi- Both shows had phenomenal directors.  Gordon Hunt and Ginny McSwain and both shows had outstanding casts.  I had a really fun time in both series because the whole cast was together for most of the recording sessions. 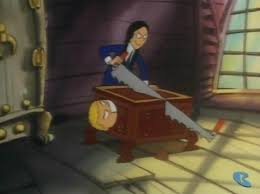 Kevin- What do you think of the Jimmy Neutron spin-off Planet Sheen?
Debi- Hmmmm....I think Jimmy should be in the show. 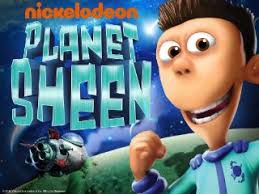 Patricia- What made you decide to sing songs for children?
Debi- One of my relatives said I should record my kids songs.  So I just did!  I had no idea  my songs would hit the charts and that I would have a number 1 hit.  I love singing for kids!  My live performances are always early in the day so I can go to bed early!
Patricia- Thank you for taking the time to answer the questions. I really appreciate it.
Debi- THANK YOU!
For more information, visit her official website at debiderryberry.com. Also follow her on Facebook and Twitter @debiderryberry. That's all for now. Hope to see you around Old School Lane soon. Thanks for reading.
-Patricia and Kevin