The year is 2002. Spiderman, Ice Age, My Big Fat Greek Wedding, and The Pianist were released in theaters. The Osbournes, The Bachelor, American Idol, and Code Name: Kids' Next Door debuted on TV. With the huge success of Kenan & Kel, and The Amanda Show, one of the main cast members of All That, Nick Cannon, decided to have his own TV show after he left the show. Cannon's show was none other than The Nick Cannon Show which debuted on January 19, 2002.


The premise is that Nick Cannon would come across a situation or a setting such as a school, the circus, or the beach, and try to make it "better". He would portray skits, funny jokes, or his characters that he used to play as in All That, and try to include his style in it. Similar to All That, Kenan & Kel, and The Amanda Show, there were former members of All That that would appear as guests such as Kenan Thompson and Kel Mitchell. Not to mention there were celebrity guests that were popular at the time such as Romeo, Mary J. Blige, Willy Santos, and 3LW. Every episode was pretty much the same: Nick would appear in a place and does various jokes and skits in order for something that he feels that is boring or typical to be "better", have something to make it pop for the younger audience.

As time went on, the majority of the production and film crew left after the first season, the ratings were lower and lower as time went on, and the show was eventually cancelled one year later on February 1, 2003. Overall, the premise is pretty cool and kind of unique, but the execution of it was very mediocre. The main problem is with Nick Cannon himself. He's not a really funny comedian and most of the jokes and skits that he did were a bit flat and awkward. If the jokes and skits were more tightly written and the show starred on one of the more funnier members of All That during that time period such as Gabriel Iglesias, Mark Saul, Danny Tamberelli, or Jack DeSena, maybe it would've done 10 times better. Nick Cannon wasn't really one of the more popular cast members of All That and if he was, it was because he was performing with more better actors such as Kenan Thompson when they did their skit "The Inconvenience Store" .

As of now when it comes to TV shows or series involving with taking something and making it better, it hasn't been done right or the way it could have been presented. Take Demo Reel for example. It sounds like a fantastic idea on paper, but hasn't been executed the way it should have been. 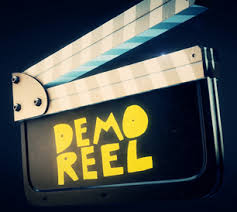 With The Nick Cannon Show, I felt the same way. Now to his credit, Nick Cannon looks like he's trying and I give him an "A" for effort on that. When it comes to interacting with people, he's very natural and very energetic. I feel that being a radio personality and one of the hosts of America's Got Talent brought that out more and he feels more in his natural habitat. 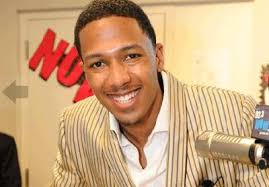 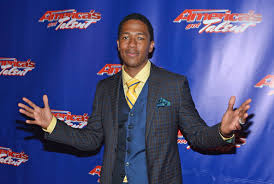 But as an All That spinoff, this is one of the weaker ones. I wouldn't recommend checking it out.