2012 is almost done and a brand new year approaches us! It’s been a very rough year for a lot of people whether it involves with politics, unemployment, natural disasters, or tragic events. So to make you crack a little smile on your face, it’s time to discuss about everyone’s favorite man-child Pee-wee Herman. Well, as of now the only man-child in our current status of pop culture since Rowan Atkinson retired Mr. Bean this year. Well, at least he did a funny performance at the Summer Olympics in London. Anyway, so just like last year, I’m going to give you my 10 favorite moments. Here we go!

I’ve never seen Top Chef before this one, which is interesting because I see a whole bunch of other cooking competitions such as Iron Chef and Chopped. But my first impression with this new season was that it was very boring. The contestants, challenges, and guest judges were beyond forgettable. According to many Top Chef fans, they agree with that. There were only two episodes that were memorable: the episode that had Charlize Theron on it to coincide with the movie Snow White and the Huntsman and the episode that had Pee-wee Herman on it.

The latter takes place in San Antonio, which if you’re familiar with Pee-wee’s Big Adventure, it makes total sense that he would make an appearance there. He was very interactive with the contestants and the challenge had the contestants gather up groceries and cook in another restaurant’s kitchen. In the end, they ate their dinner at the Alamo.  According to an online review of Top Chef: Texas, a large group of fans waited outside to meet up with Pee-wee at the Alamo after the filming of the episode was over. He actually took the time to sign autographs, shake people’s hands, take pictures, and talk to them for a moment. That right there is a true celebrity who really cares for his fans. Also, according to online ratings, Pee-wee’s appearance in Top Chef: Texas was the highest viewed in any episode of the Top Chef: Texas season counting at over 3 million viewers. Afterwards, the viewers declined lower and lower until the season finale when it had over 1 million viewers. If you want to see my recap of this episode, click right over here. 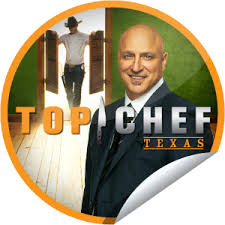 The TV Land Awards is an award ceremony dedicating itself to honoring classic shows from the past. This year it was hosted by Kelly Ripa and had a group of great celebrities such as the cast from In Living Color, Murphy Brown, Aretha Franklin, Mike Meyers, and many more. Pee-wee won the Pop Culture Award in honor of Pee-wee’s Playhouse. Pee-wee’s speech was short and simple, but absolutely heartfelt and filled with gratitude. In fact, the secret word was indeed “gratitude”. It was nice for people to still give the honor and respect that Paul Reubens deserve and this will be one of many.

Unfortunately, this was his last appearance as Pee-wee on TV this year. But don’t worry. We still got a whole list to cover. 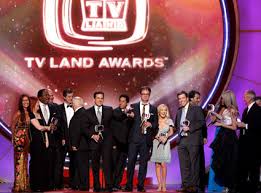 Paul Reubens’ only late night talk show appearance this year was certainly a funny one. He was there to promote the newest Disney XD animated show Tron: Uprising. He started off with a story that involved with him spreading a little white lie about him actually having a light cycle. Even though he actually had a toy light cycle from the original Tron, most of the people who interviewed thought he had a real light cycle. He decided to go even further saying that the Disney team was going to give them all light cycles. It spread throughout the entire building. Even Lance Hendrikson, who voices General Tessler on the show, thought they were getting light cycles. That is hilarious!

After the huge disappointment that was Tron: Legacy, Disney XD debuted Tron: Uprising on June 7, 2012. The show takes place between Tron and Tron: Legacy in which in involves with a young teen named Beck (voiced by Elijah Wood) being trained up by Tron (voiced by Bruce Boxleitner) to be the new hero in Argon City after it was conquered by Clu’s general named Tessler (voiced by Lance Hendrikson).  Paul Reubens plays Tessler’s  second-in-command named Pavel. This is fantastic because not only is Paul portraying himself as a villain, but Pavel is a recurring character in the show. The majority of Paul’s voice acting characters are minor side characters that only appear once or twice. Not in the case of Tron: Uprising. He’s in almost every episode. As for the show itself, it’s really good. If you haven’t seen it yet, check it out sometime.

5.       The Century of the Child Exhibit from The Museum of Modern Art

Over the years, Paul Reubens had talked about having items from Pee-wee’s Playhouse displayed at a museum. Only as of this year, it happened. Around July 2012, The Century of the Child exhibits 100 years filled with art, animation, dolls, video games, books, blocks, and so much more that inspired artists to bring out their inner child. Also, Paul Reubens donated Conky, Clockey, Globey, and the red door from Pee-wee’s Playhouse. Kevin and I went into MoMa around August and viewed it for ourselves. It was so amazing to see these characters from our childhoods up close. It was also the first time that I saw Kevin speechless. You guys know how talkative he is on our podcast, so to see him speechless was astonishing. I can’t wait to see them again on the Smithsonian in 2014 as well as Chairry, the suit, and the bike. 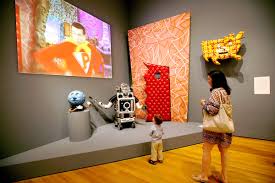 While it is true that Paul Reubens was the mind, body, and soul of Pee-wee’s Playhouse, he couldn’t have done it without many of the cast and crew behind it. In this case, it’s the artist known as Wayne White who also did the voices of Dirty Dog, Mr. Kite, Randy, and Lance the Pig from Big Top Pee-wee. This documentary tells the story of his simple roots in Chattanooga, Tennessee and then shows behind the scenes footage of Pee-wee’s Playhouse. Paul Reuben appears in this documentary as well as Mark Mothersbaugh and Matt Groening. Afterwards, he’s a very expressing artist who has a lot of heart. It had won various awards, had a successful Kickstarter campaign to release it in theaters, and will be appearing on PBS in January 2013. I’ll definitely be seeing it and giving my review on it. 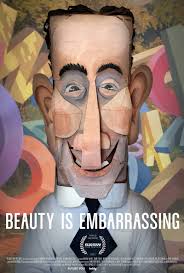 On August 27, 2012, Paul celebrated his 60th birthday. There were many websites who gave him great birthday wishes as well as celebrities and millions of fans. I wrote him a birthday message that you can check out right over here. May he have many more! 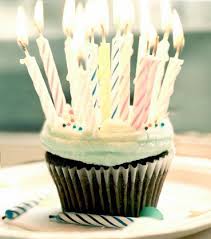 It's astonishing that as of this year, there were this many movie screenings of Pee-wee's Big Adventure this year. From New York, Austin, and even the U.K., this 1985 comedy classic has had over hundreds of people gathering around to watch it. It just goes to show you that this movie still works so well to this day. May there be many more screenings next year. 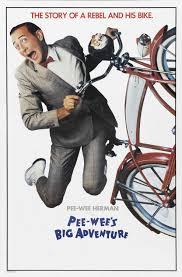 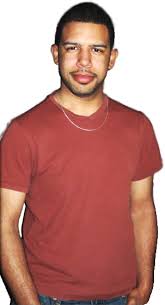 Back in Feburary 14, 2012, Kevin and I had the chance to interview Caseen Gaines, the author of Inside Pee-wee’s Playhouse. It was our first interview that we ever had for our blog and it’s currently our only interview from someone who’s not from Nickelodeon. You can check it out right here. 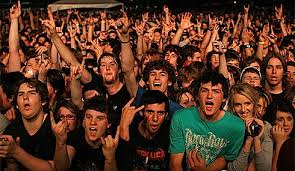 It’s because of you, the fans, that make Pee-wee still strong and relevant 35 years later. Some of my favorites include:

The Pee-wee Herman Blog from Glove and Boots

This original song written and sung by two fans. It's about Pee-wee's Playhouse

This article about the man who introduced his 5-year-old son to Pee-wee.

This article about the top 5 lessons this woman learned from Pee-wee. 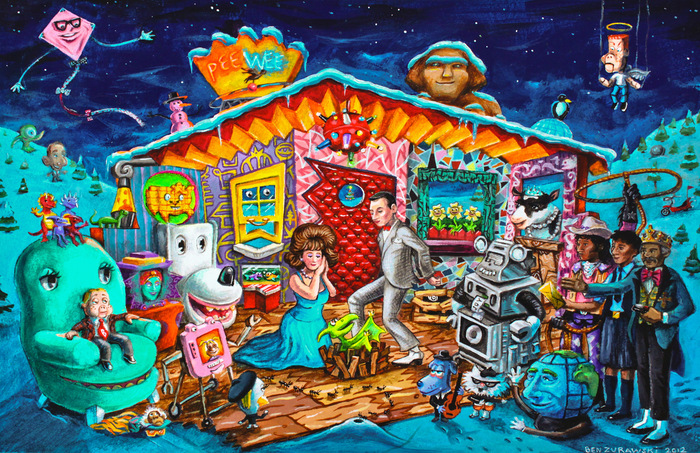 Michael Hearst and the Kronos Quartet who performed an orchestrated piece in Carnegie Hall called "Secret Word" in honor of Pee-wee's Playhouse.

Allison Hoffman whose amazing dolls were shown at the Bear & Bow Boutique in South Florida. I went there and it was amazing!

Pee-wee's Playhouse being one of the top 100 TV shows you must see before you die according to TV Guide.

Pee-wee's Big Adventure ranked one of the top 100 greatest comedies of all time according to Yahoo.

All of you who keeps the phenomenon strong by introducing him and the media to your kids, like my buddy Les from Manic Expression who introduced Pee-wee's Big Adventure to his 3 daughters.


All of you who grew up with Pee-wee and continue to give him your love and support!

That’s my moments from this year. Hopefully we’ll have many more. Maybe a certain movie produced by Judd Apatow. I’m hoping! Hope to see you around Old School Lane soon. Happy new year!