The last Nicktoon to air in 2001 was a cartoon series that is still on the air to this day. That show is none other than The Fairly Oddparents. 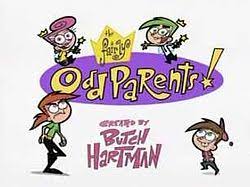 The show is about a 10-year-old boy named Timmy Turner who has a crummy life surrounded by his dimwitted parents, his cruel babysitter, a mean bully, and a crazy fairy-obsessed teacher. When he wishes on an 8 ball, two fairies named Cosmo and Wanda come along and grant Timmy's wishes. Most of the wishes that Timmy wishes cause huge problems around his home, his friends, family, or himself. He has crazy, zany adventures with Cosmo and Wanda while they take on enemies or villains. 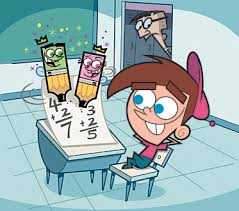 The show was created by Butch Hartman, a young unknown animator who worked as an in-between artist for movies such as An American Tail and Pocahontas before working on a few cartoon shorts in Cartoon Network's What A Cartoon created by Fred Seibert. When Seibert created Oh Yeah! Cartoons for Nickelodeon, Hartman had collaborated with a few animators creating cartoon shorts before he would create a small cartoon short called The Fairly Oddparents.

"I wanted to be able to take a main character and easily move him from place to place so I thought magic would be a good way to do that. And it was funnier if the character didn’t have control of the magic but had to depend on someone else for it so that’s where the fairies came from", said Hartman in a 2011 interview with examiner.com.


The short became a huge success and Hartman created 9 more shorts throughout Oh Yeah! Cartoons' 3 year run. Eventually, a new independent animation company created by Fred Seibert named Frederator Studios produced The Fairly Oddparents as their first produced cartoon. It was the first cartoon short of 3 cartoon shorts from Oh Yeah! Cartoons to be made as a TV series for Nickelodeon. There were a few changes from the cartoon shorts compared to the TV series. First were some of the voice actors. Timmy Turner was originally voiced by Mary Kay Bergman, who voiced all the female characters from South Park. However, she committed suicide in 1999. The voice actor was replaced by Tara Charendoff, now Tara Strong, known for voicing other characters like Bubbles from The Powerpuff Girls, Dil Pickles from Rugrats, and Barbara Gordon/Batgirl from Batman: The Animated Series. 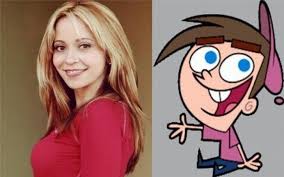 Cosmo was originally voiced by Phil Hartman, who appeared in The Pee-wee Herman Show and Pee-wee's Playhouse as Captain Carl, a member on Saturday Night Live, NewsRadio, and Third Rock From the Sun. However, he was tragically murdered by his wife in 1999. He was replaced by Daran Norris, who also voices as Mr. Turner and Jorgen Von Strangle.

The second difference between the shorts and the TV series was its animation. It wasn't as bright, colorful, and smooth as the TV series due to its short budget. The third difference was the personalities and appearances of some of the characters. In the cartoon shorts, we never saw Timmy's parents faces similar to the parents from Cow and Chicken. Also they were a lot more smarter and intelligent, while being a tad bit clueless. In the TV series, we see what they look like and they are portrayed a lot more clueless and dimwitted. Cosmo's personality was portrayed clueless and dimwitted as well in which he was more intelligent and smooth talking in the cartoon shorts. Nonetheless, the show kept in tact what the shorts introduced: a young 10-year-old boy with fairy godparents. Along the way, he had to deal with villains such as his crazy fairy obsessed teacher Mr. Crocker (voiced by Carlos Alazraqui), the anti-Fairies, his imaginary friend Gary, the bully Francis, and his babysitter Vicki. With the help of Cosmo and Wanda, Timmy stops at nothing to make sure that things are back to normal and his secret of his fairies are kept within himself. 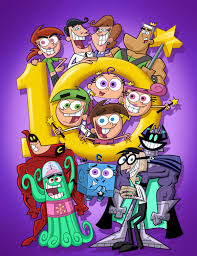 When the show first came out, it was an instant hit! It was the second most popular Nicktoon next to SpongeBob SquarePants. It was funny, fastly paced, and witty. As the seasons progressed, the show had gotten more and more popular within its fans. However, in my opinion, the more recent seasons of The Fairly OddParents has gotten to be less funny and more mean spirited. Almost every character in the show has gotten to be really mean and unlikable and some of the wishes that Timmy has made has gotten to be dumber and dumber. While a lot of people said that the introduction of Cosmo's and Wanda's son Poof ruined the series similar to when Rugrats introduced Dil, I felt that the change of writers of the show and the high constant pressure of keeping the show fresh a decade later was its downfall. Today The Fairly Oddparents is the second longest Nicktoon on the air and I highly recommend checking out earlier seasons and some of its TV movies. As for the newer seasons, they deserve a pass.