Around the 2000's, teen series and sitcoms were starting to go into one of two directions: a funny direction with witty humor or a serious direction with complex characters and everyday scenarios that the 90's declared as taboo. On March 11, 2000, one teen show on Nickelodeon did the latter. That show was called Caitlin's Way.

Originally an Australian show called Just a Kid, Caitlin's Way starred a teenager named Caitlin Seeger (played by Lindsay Felton) who is portrayed as a troublemaker living on the streets of Philadelphia. When she was 8-years-old, her mother passed away mysteriously and her father left when she was 4. For the past 6 years, she went from foster home to foster home due to her being a handful with her anger, grief, and law breaking. When she gets in trouble in Catholic school, the principal expels her. Her case worker gives her two options: go to juvenile hall or living with her mother's cousin in Montana. Caitlin chooses to live with her mother's cousin despite never knowing that she existed. Her mother's cousin Dori Lowe (played by Cynthia Belliveau) never knew about her cousin's death or the existence of her daughter. However, she decides to take her in and live at her ranch with her, her husband Jim (played by Ken Tremblett), and their only son Griffin (played by Jeremy Foley). 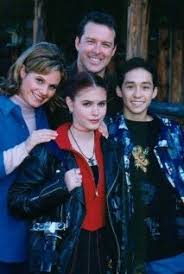 It becomes a huge struggle for everyone at first. Griffin hates the idea of Caitlin moving into their home. Throughout the first couple of episodes, they argue with one another and Griffin even brings up Caitlin's past to anger her. What a bastard! But as the show continues, they start to get along with each other and have a brother/sister relationship. Griffin becomes a more developed character as the series goes on. He's a very nice kid who gets good grades, loves bike riding, playing his guitar, and is involved in a band called Bad Hygiene. He's a nerd, but a very likable one as that. He sort of reminds me of Josh from The Journey of Allen Strange, but much older and less of a sci-fi geek.

Dori never really had a connection with Caitlin's mother when she was alive despite them being cousins. When taking Caitlin into her home, she tries to have a good motherly relationship with her, but Caitlin refuses since she feels that no one can replace her mother. While Dori completely understands that she can never replace Caitlin's mother, she continues to be a loving and supporting character. In due time, Dori and Caitlin have a close relationship together.

But the person who is struggling the most is obviously Caitlin. She grew up in the streets of Philadelphia, so she was raised in the city her whole life. When moving into a small town in Montana, it becomes a huge culture shock for her. She has to adjust living in a small town making new friends and adapting to a place she's never been in. Also, she has to adjust living with a new family. Not just any new family, but a biological family she never knew existed. She has to get to know them more and gain a close relationship with them. She's a very bitter, tough person who dresses in a punkish rock sort of way, but on the inside, she's a nice girl with a lot of grief in her. She loves her horse Bandit, photography, English, music, and the color black. As time goes on, she softens a little as she meets new friends and gets adjusted living in her new home.

The show was created by Paul Belous and...

While I do like his attempts of creating unique and realistic teen shows, his results end up either being wasted potential like The Secret World of Alex Mack or shows with a mistaken identity like The Journey of Allen Strange. So how does he do with Caitlin's Way? You'll find out at the end of this review.

A lot of conflicts and scenarios happen throughout the rest of the series for Caitlin. As she struggles to acceptance with her new family and gets a second chance in life, we see serious and edgy topics such as death, being a foster child, acceptance, forgiveness, and love. The secondary characters such as Griffin's best friends Brett, Eric and Taylor, Caitlin's new best friends Annie and Jordan, and Caitlin's love interest Will all have their own unique personalities and problems. The show gives time to introduce each one of them and connect with them. 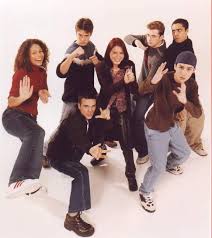 The show lasted for 3 seasons until it was cancelled on April 28, 2002 due to lack of ratings.

Some of the actors went on to do other projects after Caitlin's Way while others faded into obscurity.

Lindsay Felton has been in other TV shows and movies such as Grind, The Nightmare Room, Anna's Dream, ER, and competed in the VH1 reality show Scream Queens for a shot of being a main character in Saw VI. She ended up in 3rd place.

Jeremy Foley has been in other movies such as Blink, The Guardians, and Action News 5.

Overall, I think that Caitlin's Way is very well done with its realistic characters, real life problems, and serious topics. In my opinion, I think that this show is very underrated. When the show first came out, it was considered more serious, down-to-earth, and more relatable characters than other teen shows at the time. It was a breath of fresh air to see something completely different compared to shows about teenagers filled with angst like Dawson's Creek. While in today's standards, it's very tame compared to teen shows like Pretty Little Liars, Caitlin's Way is a great Nickelodeon teen series that still holds up to this very day. I highly recommend checking it out. 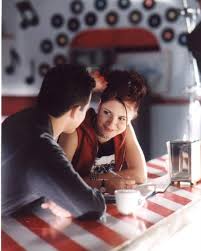 That's all for now. Tune in next time as we review the 4th Nickelodeon movie Snow Day.