The show was about a young boy named Noah Beznick (played by Phillip Van Dyke) living his everyday life with his sister Megan (played by Rachel Roth), and their parents in a small apartment in New York. He hangs out with his friends D.J. Martin, (played by Stacy Meadows) Zeke Allen, (played by Tyler Andrews) Alton Martin (played by Willie Green), and Alana Stern (played by Stephanie Sesler). Megan has her best friend Camille (played by Cori Yarckin). 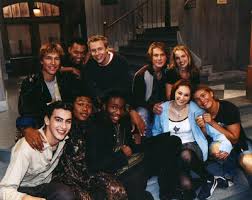 In each episode, Noah would go through everyday life problems such as going to school, responsibilities, and such. Megan is portrayed as a spoiled teenager who loves getting Noah into trouble and feels like she was a princess. Regardless of which, Noah is still optimistic and likable to his friends and family around him. 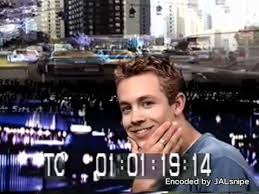 The show didn't last for very long as it was cancelled on January 6, 2001, three months after it aired, due to very low ratings. Noah Knows Best currently has the record of being the shortest lived show on Nickelodeon beating Going Great and My Brother and Me by a month. Even still to this day, it has not been re-aired on Nickelodeon making this show the most difficult to review out of all the shows that came out in the 2000's making Noah Knows Best a forgotten teen sitcom. In fact, I was only able to see 3 episodes online. Does it deserve to be forgotten? Well, yeah. Pretty much. Noah Knows Best had pretty bland, forgettable characters going through everyday problems. Many people have described it as Clarissa Explains it All for boys. That would have been fine and all, but Clarissa Explains it All debuted in 1991. Many things have changed in the world of sitcom since then and having a show so basic like that wasn't going to cut in anymore. It could have been done well if the situations were funny, yet realistic and the characters were memorable and relatable. This show did not deliver it at all. Much like The Brothers Flub, Noah Knows Best was 9 years behind the ball and hugely forgettable. I don't recommend checking this show out.

That's all for now. Tune in next time as we take a look at the first aired Nicktoon of the 2000's Pelswick.

-Patricia
Posted by Old School Lane at 9:48 AM