During his years as a Disney animator, Tim Burton had written a poem called "The Nightmare Before Christmas". It was a tale of Christmas going completely wrong. It was inspired by classic Christmas stories such as Rudolph the Red-Nosed Reindeer, How the Grinch Stole Christmas, and The Night Before Christmas. At first he wanted it to be a book , but as time went on, he never got a chance to do it. After the success of Vincent,Burton decided to go back to his project and make it into a 30 minute stop motion animated cartoon, but Disney denied it due to them thinking that the story was too "weird" and "unorthodox" for a Christmas special. When he was finally let go from Disney, he pursued in his other movies ending in financial and critical successes.

In 1990, Burton found out that Disney still had the rights for Burton's poem. Burton and Henry Sellick decided to approach Disney to see if they can make a movie out of it. At first Disney was excited since they thought that it would have had the same story structures asWho Framed Roger Rabbit?  However, Disney did not distribute it since they thought that it would be too scary for kids. So instead, it was distributed by Touchstone Pictures, the same studio who distributed Edward Scissorhands. The work for Burton's next movie had begun.

He hired Danny Elfman for the 6th time working on the soundtrack for the new movie. As for the new script, he hired Caroline Thompson, the screenwriter of Edward Scissorhands,and Michael McDowell, the screenwriter for Beetlejuice, to collaborate on making a full script based on the poem. The co-producer was Denise DiNova, the same producer behind Edward Scissorhands. Despite seeing his dream a reality, Burton did not direct this new movie due to him being extremely busy working on Batman Returns and a new project based on the life of Ed Wood. In his place was Selick. After years of hard work with hundreds and hundreds of hours spent on puppets and scenery, The Nightmare Before Christmas had debuted in theaters on October 29, 1993, two days before Halloween. So does this holiday stop motion musical spook kids silly or has the strings worn out too thin? This is The Nightmare Before Christmas.

We start of with a poem telling the tales of where holidays come from until we enter one of the doors in which is a town that is filled with ghosts, monsters, zombies, werewolves, and many other creatures. They are celebrating Halloween concluding it with the first song of the movie "This is Halloween".

All of a sudden, the Pumpkin King known as Jack Skellington (voiced by Chris Sarandon) appears closing the Halloween celebration. The major and the rest of the citizens congratulate him for another job well done with the celebration, but Jack merely smiles and walks away. A rag doll named Sally (voiced by Catherine O'Hara) follows him as we walks over to the cemetery talking about how he is sick of the same old Halloween routine every year. With this, we hear the next song "Jack's Lament". Interesting to note is that the singing voice for Jack is none other than Danny Elfman.

While walking at the end of Halloween town, Jack comes across a door. Curious as to what it is, he opens it and comes across the forest filled with doors that we saw in the movie opening. The doors represent a holiday and Jack enters Christmastown. He sees with wonder and amazement the bright, colorful town filled with bright lights, snow, a huge Christmas tree, a train, people with happy faces, and presents. The next song "What's This?" explains his enthusiasm of what he's seeing.

Meanwhile Sally returns home and sees that her "father" Doctor Finklestein was waiting for her. He's very disappointed that she ran out since he wants to keep her home safe and sound. But Sally still wants to venture outside and see what Jack is up to. So she devises a plan to get him to sleep by adding frog's breath to his soup. He drinks it and ends up completely knocked out cold. Sally sneaks away and looks for Jack.

Jack had just returned from his journey to Christmastown and decides to explain it to the monsters about it. However, they're clueless about seeing a holiday that isn't filled with gross, scary stuff and find it to be a bit confusing. It's all interpreted in the next song "Town Meeting Song".


Jack had returned to his home contemplating his thoughts about Christmas when he sees a gift basket on his window from a mysterious person. When looking around to see who gave it to him, he sees no one. We find out that it was Sally who gave him the basket. She smiles as she looks at Jack from the window, but doesn't want to express her love to him because she's afraid. Before she leaves, she picks up a stick and admires it. It turns into a Christmas tree and then all of a sudden, it bursts into flames. Sally sees this as an omen and knows she has to warn Jack about it before it's too late.

The next day, Jack visits Doctor Finklestein and asks for help to do some experiments for the preparation for Christmas. While studying hard and experimenting for days, the next song "Jack's Obsession" occurs.

Afterwards, Jack comes up with an idea. He calls upon Oogie Boogie's henchmen Lock (voiced by Paul Reubens), Shock (voiced by Catherine O'Hara), and Barrel (voiced by Danny Elfman). He tells them to go to Christmastown to bring Santa Claus, or Sandy Claws as he calls him, and bring him to Halloweentown so that he can take his place delivering presents to the boys and girls all over the world. The only condition is that they can't tell Oogie Boogie about it. They promise not to, but we see Lock cross his fingers. We then get to our next song "Kidnap the Sandy Claws".

They head over to Christmastown and kidnap Santa Claus and bring him over to Oogie Boogie (voiced by Ken Page). Meanwhile, we see the inhabitants getting ready for Christmas. We see an homage of the preparation of the holiday with the song "Making Christmas".

Regardless of the preparation, Sally tries to warn Jack about the vision that she had received about not mixing Christmas and Halloween together, but Jack doesn't listen to her. He rides away towards the human world and delivers the presents to the boys and girls. With everyone seeing Jack riding off, Sally sings the next song simply titled "Sally's Song".

It doesn't go very well as the presents end up scaring the children and causing chaos instead of joy. We then cut to Lock, Shock, and Barrel delivering Santa to the main antagonist of the movie, Oogie Boogie. Oogie introduces himself to Santa with the song "Oogie Boogie's Song". Things don't seem to look well for the fate of Santa.

Meanwhile, the military finds out the Santa riding around is an imposter and they shoot him down from the sky. The sleigh burst into flames and it crashes down hard! The citizens of Halloweentown pronounce him dead, but Jack is alive in a cemetery. He regrets doing what he did, but he gets his spirit picked up. He sings the next song "Poor Jack".

Sally then tries her best to save Santa from the Oogie Boogie, but she fails in doing so and ends up getting captured. Jack appears and saves Sally and Santa and confronts Oogie Boogie. Eventually Jack defeats Oogie and removes his sack and reveals a bunch of bugs under him. Oogie is defeated, Santa is set free, and the day is saved. Santa gives snow to Halloweentown to show Jack that there are no feelings. Everyone is playing in the snow and Sally and Jack walk over alone and have a tender moment together. The final song in the movie "Finale/Reprise" is played and the movie concludes with Sally and Jack together.

When the movie first came out, it had positive ratings by critics and viewers. However, it wasn't viewed by many people since it looked "too scary" for kids. But it began to build a huge cult following when it was released on VHS. Years later, it had gained acclaimed love by many people and had gained many more fans when it was re-released in theaters on October 20, 2006 on 3-D when Disney had gained rights over it. Now there's many DVD and Blue-Ray releases, T-shirts, toys, action figures, hats, posters, and so much more on sale on Hot Topic and the Disney Store during Halloween. It has become a huge phenomenon. 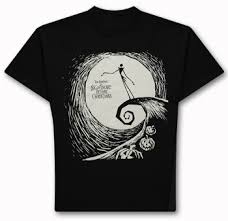 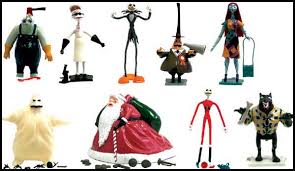 Overall, I absolutely love this movie! It's one of my favorite animated movies of all time! The songs are memorable and catchy, the characters are so engaging and fun, and the animation is so beautiful! Although there are some effects in the stop motion are dated by today's standards like the strings in the bats, some of the effects still hold up today.

I dedicate this review to my friend from Manic Expression JoTaKa. He and I were originally going to do this review together, but under personal circumstances, he left the site. The Nightmare Before Christmas is his favorite movie of all time and I wanted to take my time to make this review very special. So, here's to you JoTaKa. We miss you, buddy. Hope you're doing well!

I highly recommend watching this movie if you haven't seen it. It's a timeless Halloween/Christmas classic.

That's all for now. Tune in next time as we take a look at a modern take of the classic novel Captains Courageous with the movie Cabin Boy.