10. Will McRobb and Chris Viscardi 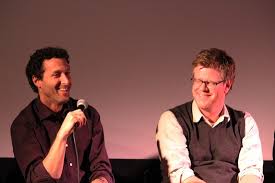 When you think of one of these men, you immediately think of another. Around the late 80’s, they created little shorts about a family going through everyday situations, but with a strange twist. A few years later, those shorts became a TV series. The Adventures of Pete & Pete is one of the very few Nickelodeon teen series that’s still not only strange, odd, and unique, but holds up to this very day.  When it was cancelled in 1996, the small group of fans grew into many. There have been three cast reunions as of this year and every single one of them were sold out! One of them sold out their tickets in less than 5 minutes! That’s how much the show meant to a lot of people.

Then afterwards came out KaBlam!, a very unique variety show filled with memorable characters, funny shorts, and different animation to present it. It was the last animated variety show to come out of Nickelodeon and it’s one of the top 10 Nickelodeon shows that I want to see being remade. It’s that good! Unfortunately, they’re not higher on the list because of one thing: Snow Day! Need I say more? 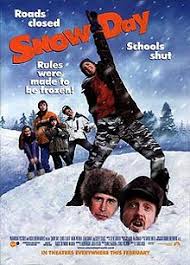 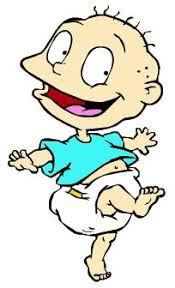 One of the first cartoon characters that we remember from Nickelodeon has got to be on this list! Sure, he may be a one-year-old, but he’s certainly wise beyond his years. He has a great imagination, he’s brave, he’s a born leader, he’s not afraid to explore around into new places, and he’s very nice and supportive to his friends. Plus Tommy’s voice was done by E.G. Daily, a wonderful actress known for movies such as Valley Girl and Pee-wee’s Big Adventure, did her first job in voice acting on Rugrats. That is a great start and Tommy has cemented himself as one of the most iconic characters in animation history.

However, it couldn’t have been done without our next contender. 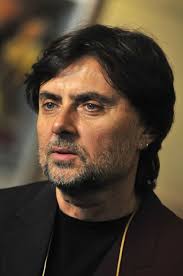 Csupo was truly the Craig McCracken of the 90’s. Alongside his now former wife Arlene Klasky, they created the most iconic Nicktoons of all time. One of the first Nicktoons that ever came out was Rugrats. Then afterwards, he co-created Aaahh!!! Real Monsters, Rocket Power, The Wild Thornberrys, and All Grown Up. He had a unique European style that was never before seen in an American cartoon and he helped push the envelope that cartoons can be for both kids and adults.  However, time has not been so kind for some of them. Rocket Power screams early to late 90’s with their concept of kids playing extreme sports, The Wild Thornberrys is, in my opinion, underwhelming and overrated, and a lot of people hated All Grown Up because it strayed away from why we loved the characters on Rugrats in the first place. Nonetheless, you can’t deny that he created a legacy that shouldn’t be forgotten. 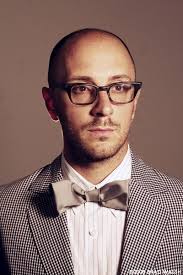 While it is true that there were other pre-school shows like Pinwheel, Eureeka’s Castle, Allegra’s Window, and Gullah Gullah Island, let’s be honest. Blue’s Clues put Nick Jr. on the map! The host of the show, Steve Burns, is one of the best kids’ show host of all time. He’s very optimistic, happy, kind, interactive, and compliments kids for being smart. With his green striped shirt, beige pants, brown shoes, and handy dandy notebook, Steve and the viewing audience would look around for his puppy Blue’s clues to figure out what she wants. It was a fantastic pre-school show that was groundbreaking and refreshing for its time and has now turned into a timeless classic. Steve was the Mr. Rogers, Captain Kangaroo, Soupy Sales, and Pee-wee Herman of his time. 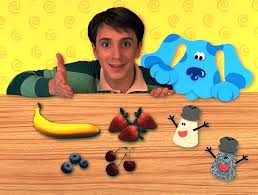 Nowadays, he’s an indie rock singer who is beyond talented! If you haven’t heard any of his music, check it out right over here!


Also, if you haven’t seen the most recent interview he did in 2010 talking about fame, check it out here! 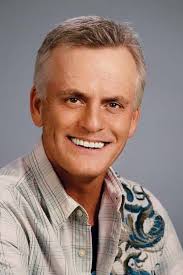 He’s one of my favorite voice actors of all time.  He started out voicing the character of Snowjob in G.I. Joe and has continued to voice over hundreds of characters today. In Nickelodeon, he was the voice of Carl Wheezer in Jimmy Neutron: Boy Genius and The Adventures of Jimmy Neutron, Doppy in Planet Sheen, Peck in Barnyard and Back in the Barnyard, King Grippilon and Mark Chang in The Fairly Odd Parents, Jack Fenton and The Box Ghost in Danny Phantom, Gordon in Catscratch, Bird Brain in T.U.F.F. Puppy, and Donatello in Teenage Mutant Ninja Turtles.

He is very dedicated to his fans, has a great weekly podcast named Talkin’ Toons in which every week, he interviews a voice actor, and he’s mostly answers questions, comments, and compliments on Twitter and Facebook. He has been the voice of many of our favorite cartoon characters for over 30 years and is still going strong. 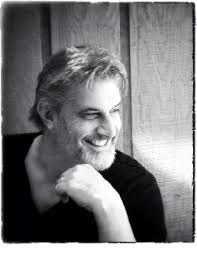 Around the early 90’s, he created the cult classic Rocko’s Modern Life. It had funny, memorable characters and very subtle, subversive humor. It’s the kind of show you can watch as a kid and an adult: mostly an adult. There were so many sexual innuendos that I caught recently when seeing it that I couldn’t believe that they got away with so many of the jokes they present it. Not to mention that many of the people who worked on the show such as Carlos, Tom Kenny, Mr. Lawrence, Charlie Adler, Stephen Hillenberg, Dan Povenmire, Jeff “Swampy” Marsh, and more. So yeah, you can say that without Murray, there would be no SpongeBob SquarePants, Camp Lazlo, and Phineas and Ferb. 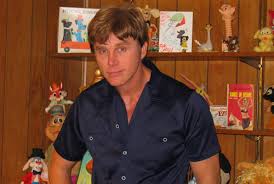 Whether you like or hate The Ren & Stimpy Show, you cannot deny what a huge impact that the show did for animated shows for the last 20 years. Almost every single animated show from the 90’s tried to copy off its gross, disgusting, adult humor. Many have tried, few have succeeded. Influenced by Bob Clampett, John K. created what looks like a cartoon from the 50’s but with a huge sugar rush. There are so many memorable moments and iconic episodes that people can recall: The Happy Happy Joy Joy song, the Happy Helmet, The History Eraser Button, that crazy fireman, George Liquor, Mr. Horse, The Canadian Yaksmen, The House of Next Tuesday, Log, Powdered Toast Man, and so much more. This show holds up very well to this very day and is highly recommended to check out. 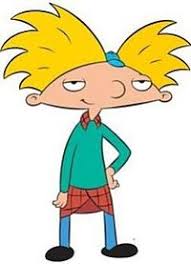 Arnold is my absolute favorite male Nicktoon character. Out of all the Nicktoon characters I saw, Arnold was the first one I saw. Not in Nickelodeon, but in Sesame Street as claymation shorts. Arnold portrays himself as a very smart, bright, optimistic kid who looks in the bright side and helps his friends with their problems. But he has some problems as well with not knowing about his parents’ whereabouts after they disappeared. Arnold is the pinnacle for a great role model for kids and is a fantastic, well developed character to boot. 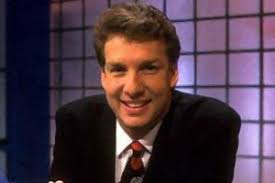 For many people who grew up with Nickelodeon, he is one of the most iconic game show hosts of all time. Double Dare was one of the Nickelodeon shows that put the network on the map. Every kid in the late 80's and early 90's knew who Marc Summers was. Whether it was from Double Dare or What Would You Do?, Marc was the face of everyone's childhoods.

But then he gained even more respect and admiration when he announced that he had obsessive compulsive disorder. He was able to connect with a lot of people who have OCD and talked about his experiences in his autobiography Everything is in its Place: My Trials and Triumphs with Obsessive Compulsive Disorder. 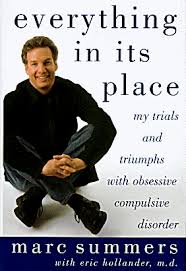 Still to this very day, he's the greatest game show host that Nickelodeon has ever had and a man that Kevin and I respect. We respected him even more when I had the opportunity to interview him over the phone for 30 minutes and the autograph picture he sent me afterwards. I am forever grateful that a man that I watched as a kid was able to take the time to talk to me. He is one of the most nicest, humblest men I've ever talked to. Such a great guy!

You probably expected Marc to be #1, right? I mean, who else is there? Well, there's someone else that I respect and admire a tad bit more. Who is it?

Unless you're a huge Nickelodeon fan or have been following the tribute, you probably don't know who these two men are. Well, if it wasn't for the leadership of these men, Nickelodeon wouldn't exist. Around the early 80's, Nickelodeon was over millions of dollars in debt and was ranked as the worst network on television. They came along, went back to square 1, and re-broadened the network more mainstream with new advertisements, new shows, a new oldies program called Nick at Nite, and a new logo. 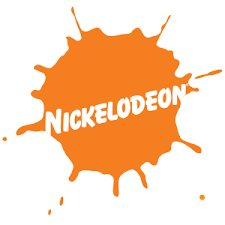 When they went their separate ways, they still continued to create Nickelodeon shows. Goodman went on to create The Mystery Files of Shelby Woo, the very first Nickelodeon mystery series starring an Asian protagonist. Seibert created Oh Yeah! Cartoons!, a variety program showcasing 7 minutes of animated shorts introducing upcoming animators to the mainstream. Eventually, Goodman left Nickelodeon and is currently an independent producer. Fred Seibert created his own independent studio called Frederator Studios where he is the executive producer of many of the shows that are currently showing on Nickelodeon and Cartoon Network. It was because of Seibert that we have animators such as Butch Hartman, Craig McCracken, Genndy Tartatovsky, Pendelton Ward, Seth MacFarlane, Van Partible, Rob Renzetti, Bill Burnett, Larry Huber, and many more. Without these men who influenced the network, Nickelodeon would not be what it is today. It was the biggest honor for Kevin and I to interview Fred Seibert. It was one of our favorite interviews ever. He was such a nice and humble guy!