Time to wrap up this list of my favorite female role models in Nickelodeon. If you want to see numbers 20-11 before seeing this one, go back and check it out. Until then, here we go!

10. Wanda from The Fairly Oddparents 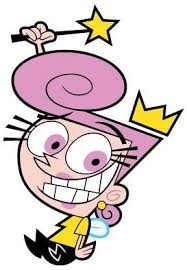 The only person who seems to be the smart one around the show has a lot of loyalty and patience. She's been married to a moron for almost 10,000 years, her godchild is a wild reckless child making extreme wishes, she's a mother, and she's has to clean up the messes of the extreme wishes. She's pretty low on this list because she nags a lot. At least the show is self aware of that which results in hilarious jokes. 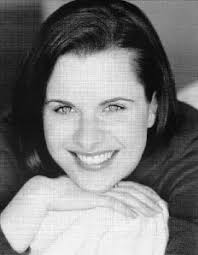 As I mentioned in my GUTS review, I loved Moira a lot more than Mike O'Malley. Her British accent and quirky personality was a great compliment to Mike's goofy personality. After being the referee in GUTS and Global GUTS, she went on to voice Britt Krust in My Life as a Teenage Robot and Jane in The Wild Thornberrys Movie. She was one of the many people we interviewed and she was one of the nicest people we talked to. 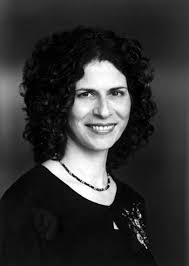 She was truly the Lauren Faust of the 90's. Alongside her now former husband Gabor Csupo, she co-created Rugrats, Rocket Power, The Wild Thornberrys, and All Grown Up. In 1999, she was in the list of the Top 25 Women in Animation according to Animation Magazine. Nowadays, she's the co-creator of a graphic novel called Ollie Mongo: Adventures in the Apocalypse. 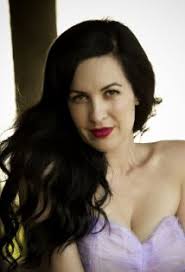 It was so hard to decide on which voice actress to put on my list. There were so many great voice actresses in Nickelodeon over the years: E.G. Daily, Christine Cavanaugh, Kath Soucie, Cree Summer, Laraine Newman, Tress MacNeille, Mae Whitman, Candi Milo, Debi Derryberry, Tara Strong, and many more. But I decided to choose Grey because she's very versatile, her many characters, and her amazing talent to portray her characters. She started off as members of the McNulty boys and Reptar in Rugrats, then she went on to portray as Vicki, Tootie, Principal Waxelplax, and other minor characters in The Fairly Oddparents, Brandon Higsby in As Told by Ginger, Sam in Danny Phantom, Kitty in T.U.F.F. Puppy, and Wubbzy and Wow! Wow! Wubbzy. But she gets in on this list because of one character: Azula from Avatar: The Last Airbender. Azula is one of the best villains, not only in Nickelodeon, but probably in animation history. It's very rare that you can hate and feel bad for a villain at the same time when she has to use fear to control people so that they don't abandon her. 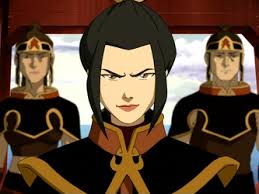 I can't wait for the new character that Grey will voice in the new season of Legend of Korra. 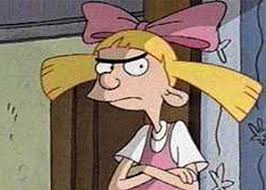 I'm going to be completely honest with you guys. I never really liked any of the female characters from the early Nicktoons. Lil is basically a female version of Phil, Angelica is a really spoiled brat, Susie is pretty much the anti-Angelica and nothing else, Oblina was a stick in the mud, Dr. Hutchinson wasn't in the show as often, and Mrs. Bighead was a bit too promiscuous and bossy. When Hey Arnold aired, I was immediately hooked when I saw Helga. When I first saw her, she was a bully. I shouldn't like her since she's constantly teasing everyone, especially Arnold. But then as time goes on, we find out about her crappy life with her parents and we feel bad for her. We also learn that she loves poetry, writing stories, and has a huge crush on Arnold. She develops into a three dimensional character that most of the other female characters before her didn't have. She would pave the way for more awesome female characters for Nicktoons!

5. Clarissa Darling from Clarissa Explains it All

The first female protagonist in Nickelodeon has definitely has to be on this list! She's an everyday teenage girl trying to live her everyday life with school and home life. She loves video games, bands such as Pearl Jam and They Might Be Giants, believes in aliens, and trying to understand being a teenager with boys, annoying little brothers, and more. She was a very relatable and memorable character that we wished we could be like. Both boys and girls tuned in to see Clarissa talking to the audience about growing up.

As much as I love Clarissa, there's another teenage girl from a Nickelodeon teen sitcom that I like slightly better.

I've mentioned about this time and time again throughout this tribute that Caitlin's Way is the most underrated teen sitcom that Nickelodeon ever aired. The character of Caitlin was just as memorable as Clarissa, but with a little more edge. She's going through a lot more pain and angst since her mother's dead, she doesn't know her father, and she was going from foster home to foster home causing trouble. Now her life turns upside down when her mother's cousin comes to bring her home to her family in Montana. Having to deal with her pain plus living in a small town with a family she never knew existed is pretty hard. But as time goes on, we get to know her more and we get to see that she isn't just some girl with angst: she loves horseback riding, photography, the color black, and she walks around with her CD player. Sure her personality slightly changed into a more happier one around the last season, but I didn't expect her to be moody all the time. At least they broadened her more than most of the girls that Nickelodeon portrayed in other shows. She's truly someone to look up to.

3. Ginger/Lois Foutley from As Told by Ginger

I really couldn't decide between putting in Ginger or Lois, so I decided to put in both. Ginger is a very well developed character trying to fit in with the popular crowd, hanging out with her friends, and writing down her experiences in her journal. As time goes on, she grows into a more self aware capable person who doesn't care about being popular, has everyday problems, and learns about things like growing up and love. Lois is my absolute favorite parent in any Nickelodeon show ever! She's tough, assertive, and lays down the law whenever Ginger or Carl causes trouble. But at the same time, she's loving, caring, and gives great advice. We see her as a single mom working as a nurse for many hours of the day. As time goes on, she starts going out with Dr. Dave and loses weight to better her appearance. In the TV movie The Wedding Frame, it's a great closure and I felt satisfied to how their lives ended up as in the end.

2. Katara from Avatar: The Last Airbender 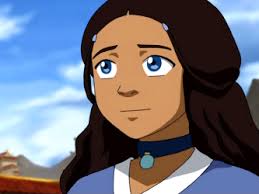 It was a tough call between Katara or Toph, but I decided that Katara is the better choice. When her mother died by a Fire Nation general, she had to take care of the household containing her grandmother, father, and older brother. She's the only waterbender in the South Pole and wishes to enhance her ability. Then she meets Aang and her life changes forever. As time went on, her powers grow and she becomes a waterbending master. She helps become a mother figure to everyone around her, she fights during intense battles, she assisted Zuko in taking out Azula, and she has the honor of teaching two Avatars waterbending: Aang and Korra. She will never let anyone abandon anyone who needs help and will stop at nothing to help Aang bring peace to the world.

You might be thinking, "Who are these women?" Well, they pretty much brought Nickelodeon of what it is today. Laybourne was a program manager of Nickelodeon in 1980 before becoming its first president in 1984. She and her team was responsible for accepting the advertisement brought in by Fred Seibert, Alan Goodman, and others, launching Nick at Nite, expanding the network to other countries, and creating the movie, toy, and theme park divisions. Because of her leadership, the network grew into becoming the #1 kids' network. Laybourne eventually left Nickelodeon in 1996 and then became president of Disney-ABC Cable Networks overseeing the programs of the Disney Channel and other channels. She left Disney in 1998 and became the founder of Oxygen in 2000.

Coffey first started as the producer of the first foray of animation Nickelodeon's Thanksgiving Fest before she would eventually become the vice president of animation. She would be the executive producer of Doug, Rugrats, The Ren & Stimpy Show, and Rocko's Modern Life. Her direction behind these now classic shows was very important to what it would be today and more people should be aware of what she did for Nickelodeon. There might even be a possibility that Kevin and I will interview her, so we're crossing our fingers. If it happens, I will thank her for what she did.

These two women were responsible for making Nickelodeon what it is today and I have the most respect for them.

Those are my top 10 Nickelodeon female role models. Who are your role models in Nickelodeon? Post it in the comments below. Tune in next time as we go into Part 3 of my list and we talk about the worse role models. Oh boy!

-Patricia
Posted by Old School Lane at 8:12 AM