Hey guys. Time for Part 2 of my top list of role models. This time we're covering the females. If you want to check out my top 20 male role models before reading this one, go check it out. Same rules apply, so let's get started. 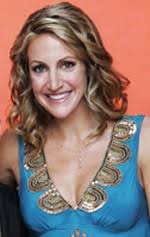 She’s a great role model for anyone who wants to get into swimming or being a game show host. In 1992, she won 2 gold medals in the 200 meter butterfly and 400 meter medley relay, a silver medal in the 200 meter individual medley, and a bronze in the 400 meter individual medley. But for most kids in the late 90’s, they know her as the host of the Nickelodeon game show Figure it Out. As of now, she is the only female to have ever hosted a Nickelodeon game show. How can you not respect her? 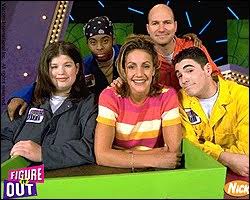 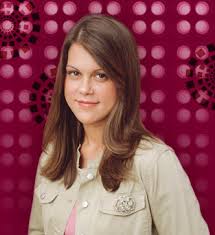 This feisty, intelligent, and witty middle school student knows her way around dealing with everyday problems and taking the huge amount of crap that her friends Ned and Cookie go through. She isn’t a stereotypical girl token, she was a standout among the crowd and isn’t afraid to stand up for herself.  However, she isn’t a perfect person: she has a bit of a nasty temper and whenever she has a problem, she talks to Ned to see his school survival guide. Nonetheless, she’s one of the best female characters in a Nickelodeon teen sitcom. 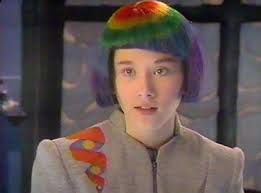 She was my absolute favorite character from a sci-fi series with huge flaws. She’s the ship’s engineer that comes from Titan, a moon from Saturn.  Her kind are capable of releasing dangerous sonic screams and vocal patterns that can pick up frequencies that other people and alien beings can’t hear. At the end of the first season, she sacrificed her life to save her friends from Warlock Shank. But it turns out that she wasn’t dead: she was sent to the same dimension that her friend Suzee lives in. Suzee became the new engineer in the second season, but Catalina was a way better character.


Not to mention that she was played by Jewel Staite, the same woman who would play as Kaylee from Firefly. That’s awesome! 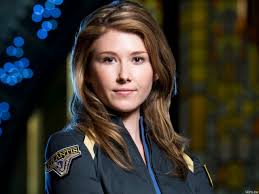 17. Jenny from My Life as a Teenage Robot

Created by Mrs. Wakeman to save the world from destruction, XJ9 or Jenny has so many awesome weapons and devices that can be useful for anything! However, she was giving a personality of a teenager who wants to fit in with other teenagers. With her friends Brad, Tucker, and Sheldon, Jenny learns eventually about being herself. With that, she has epic fights against many villains while still completing her homework.

16. Alex Mack from The Secret World of Alex Mack

This everyday teenage girl is anything but ordinary. When a truck crashes in front of her pouring out a dangerous chemical called GC-161, Alex starts developing powers such as shooting lightning from her fingertip, telekinesis, and turning into a puddle. She keeps this secret from everyone except her best friend Darren and her sister Annie so that the plant responsible for the chemicals don't capture her to be experimented on. Alex is pretty low on this list because, as cool as those powers are, she doesn't use them that often or for the right reasons. But come on, don't you wish you had cool powers like that? I do. 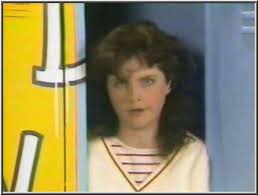 Sure there were a lot of kids and teens over the years on You Can't Do That on Television, but we all remember Moose. She had a great presence to her whenever she performs the jokes and interacts with the other kids, especially with Lisa "Motormouth" Ruddy and Les Lye. She was on the show for over 9 years and then starred in the other Nickelodeon program Turkey Television. To many kids in the 80's, she's a very iconic actress in a very popular TV show. Today she's mostly focuses on being a producer on a Canadian TV station, but we'll always remember her as Moose. 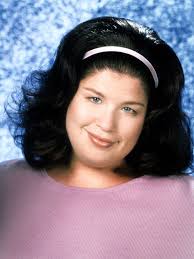 There were two versions of All That that occurred during its 10 year run, the original and the relaunch. I decided to put my favorite actresses from both of the show's different runs: Lori Beth from the original and Lisa from the relaunch. Both of them were the most well known with their hilarious skits such as Vital Information, The Loud Librarian, Sugar & Coffee, and Bridget's Slumber Party as Claudia. Each girl are extremely hilarious and talented. Lori Beth left All That and went on to do a few movies and TV shows such as The Steve Harvey Show. Lisa went on to do SNICK on Dare. After she left All That, she dedicates herself to reviewing video games on her website Save Point. 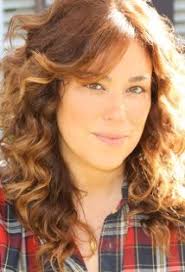 She had the dubious honor of creating the very first and only Nicktoon under Klasky-Csupo Productions that was not created by either Arlene Klasky or Gabor Csupo: As Told by Ginger. The show was really ahead of its time with its story arcs, character development, serious and down-to-earth messages, and clothes swapping. It's also one of the very few Nicktoons that had a very satisfying ending with the TV movie The Wedding Frame. Today she's the creator and executive producer of Suburgatory, but she will always be known as releasing the most underrated Nicktoon ever. A truly wonderful creator.

12. Korra from Legend of Korra 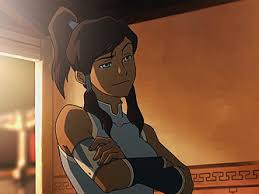 The next Avatar after Aang is the complete opposite from the calm, spiritual, and non-confrontational airbender. She's tough, in-your-face, and a real prodigy after learning 3 of the 4 elements when she was 5 and mastering them when she was 16. But she hasn't connected with her spiritual side and she hasn't learned airbending. Her situation gets even more serious when an anti-bender group led by a man named Amon occurs in Republic City. At first, she wants to take him down, but as time goes on, she gets frightened. She wants to protect the city, the benders, and non-benders from this evil man, but things eventually gets more complicated. She gets stressed out, but never gives up. In the end, she maintains peace towards the city. She's not higher on this list because we don't know about her character yet and we won't see any new episodes until next year. Until then, she has became one of my favorite heroines in Nickelodeon history.

A truly fantastic female puppeteer who is responsible for playing as Mona in Sesame Street and other minor characters in Muppets Take Manhattan before she would be portraying as Eureeka from Eureeka's Castle. After that, she went on to perform as Fred from Blue's Room, a character in Oobi, and many more. Today she's in charge of kids activities in a non-profit organization called Trees NY. She's one of the many people we interviewed and we were so honored for her to take her time to do so. It was even better when we met her in person talking for an hour and a half about puppets and everything! It was a dream come true!