As we discussed a while back in my Hey Arnold review, there were two movies that Craig Bartlett wanted to do: a TV movie named Arnold Saves the Neighborhood in which Arnold has to save his neighborhood from shutting down by a corporate businessman and a theatrical movie named The Jungle Movie in which it concludes the series with Arnold wins a contest for his school and his prize is a trip to anywhere around the world. He chooses to go to San Lorenzo where his parents were last located. Arnold and his classmates go on a huge adventure to find his parents, fight against the evil man La Sombra, find out about the mysterious Green-Eyed People, Helga confessing her love to Arnold, and finding out what Arnold's last name was. The Nickelodeon executives told Bartlett to switch the movies' positions and have Arnold Saves the Neighborhood the theatrical film due to the critical and financial successes of the first two Rugrats movies. On June 28, 2002, Hey Arnold! The Movie was released in theaters. Was Nickelodeon's decision a right one? Is this movie a huge success or is it just Arnold's head? This is Hey Arnold! The Movie.

The movie starts with Arnold and Gerald walking back to the boarding house after they lost in a basketball game against the 5th graders. When they arrived, the neighbors are yelling, complaining, and panicking about a huge problem. The problem is is that a CEO of a real estate named Scheck is planning to destroy a portion of the neighborhood to build a new futuristic shopping mall. The people who live in this neighborhood have no choice but to move away. Every one is becoming worried about having to move from their neighborhood with the exception of Big Bob. While everyone in the boarding house starts packing, Grandpa Phil tells Arnold the story about how this boarding house was the main fighting ground during the Tomato War around the 1700's. It had been around for so long that it's now considered a national landmark. Arnold then comes up with the idea of heading over to City Hall to find proof that the neighborhood can stay due to the boarding house being a landmark. The person in charge told them that there was a document that gives proof of the boarding house being a landmark, but it was sold in an auction with Scheck purchasing it. However, Scheck denies that he owns the document. 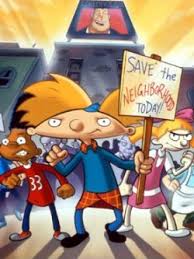 Arnold and Gerald lose hope with saving their neighborhood until a mysterious person known as Deep Voice calls them on the phone. 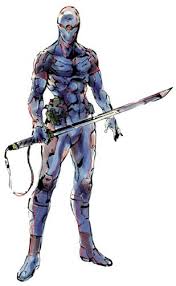 Deep Voice tells Arnold that Scheck was lying about buying the document. He currently has the document in his safe and the executive of the company named Nick Vermicelli has the key. Deep Voice concludes the phone call to meet up with a woman named Bridget for assistance. Later that night, Arnold and Gerald meet up with Bridget and she assists them with gadgets, suits, and black sunglasses. 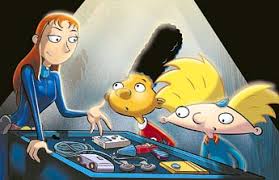 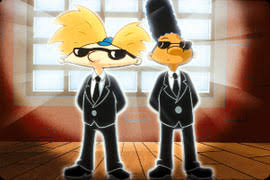 Arnold and Gerald find Vermicelli in Big Bob's house sleeping while wearing the key around his neck. Arnold and Gerald work together to steal the key without waking him up. It was hard, but they eventually retrieved it. Afterwards, Big Bob complains to Vermicelli that Scheck has duped him due to the fact that he now owns 51% of the beeper company after allowing him to build his emporium at the mall. Big Bob attacks Vermicelli, but Vermicelli wins the fight. He finds out that the key is missing and calls Scheck about it. Next Arnold and Gerald sneak in to Scheck's building and they go through the night looking for the document.  However, it was too late when Scheck reveals that he had it all along. He reveals to them that his ancestor was the leading British general who lost in the Tomato War and that his family were planning for generations to get revenge. He concludes his speech by burning the document right in front of them. Losing all hope once again, they receive another phone call from Deep Voice saying that all is not lost. There's a cassette tape recording of Scheck burning the document in the security room. While Gerald heads over to the security room, Arnold sneaks around to find who Deep Voice and find out that it was Helga. Helga tries to explain to Arnold that she always loved him and rewards him with a big kiss. 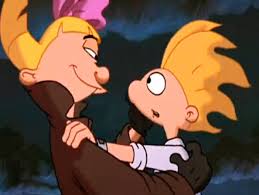 Arnold, confused about what Helga confessed, rushes over outside the building to meet up with Gerald at the  bus stop. The bus driver refuses to drive faster for them until he learns about that Arnold and Gerald are rushing to save the same neighborhood that his girlfriend is being forced to move out of. He floors the bus over to get them there on time. Meanwhile Big Bob discovers that Grandpa Phil and the other boarders are laying out bombs in the sewers. Instead of Big Bob rushing to tell Scheck of their plan, he helps them out to to him being gypped by Scheck's contract. After a bunch of mayhem, the movie concludes with Arnold and Gerald showing the tape of Scheck burning the contract to everyone in town, the mayor calling off the demolition due to the neighborhood being an official landmark, Scheck and Vermicelli being arrested, Helga denying that she ever told Arnold that she loved him, and the neighborhood restoring itself back to normal. 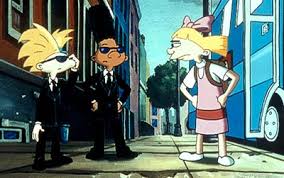 When the movie first came out, it was a critical failure by many critics and viewers. It was called "uncreative",  "cliched", and "a longer episode of the show". It pretty much was since that was what it was originally going to be in the beginning: a TV movie. Unfortunately due to this and the fact that Craig Bartlett left Nickelodeon a few years later on Cartoon Network to work on a pilot for a show called Party Wagon, the Nickelodeon executives cancelled the sequel The Jungle Movie to ever be released in theaters. As we discussed in my review of Hey Arnold, it was supposed to tell everyone what they wanted to know about for years: the whereabouts of Arnold's parents, more information about The Green Eyed People and La Sombra, Arnold and Helga's relationship, and Arnold's last name. Only one out of the four questions was answered: Craig Bartlett revealed that Arnold's last name was Shortman.

Overall, out of all the animated Nickelodeon movies based on a TV series, this one is the most disappointing. It's predictable, cliched, bland, and a big letdown for the fans of Hey Arnold. This movie infuriates me because it was bland and predictable when the TV show was anything but. It was because of this that we were never giving the movie that was supposed to air in theaters; the one that answered all the questions that fans wanted to know. However, as I said in my Hey Arnold review, there are groups of people out there who are still working hard to make Craig Bartlett's dream of having The Jungle Movie out a reality. There's a dedicated Facebook page who want to see The Jungle Movie out plus a petition needing 100,000 signatures and likes so they can show it to Nickelodeon for the purpose that there are people out there who want to see one of their favorite childhood shows come to a satisfying close. 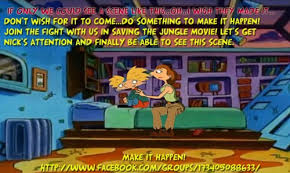 But because of the Nickelodeon executives, we were giving this piece of disappointing crap. I don't recommend checking it out.

That's all for now. Tune in next time as we go back to reviewing animated TV shows starting with The Adventures of Jimmy Neutron: Boy Genius. 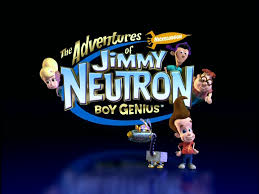