It's Valentine's Week! Time to dedicate it by doing a countdown of the top 6 Nickelodeon couples. Keep in mind that this list involves with actual couples or people who would eventually get together in the end. No crushes and no fantasy couples that you would see in fanfics. That means no Doug Funnie & Patti Mayonnaise, no Dina & Donkeylips, and no Katara & Zuko. When you immediately look at them, you know that they were meant for each other. So without further ado, let's get started! 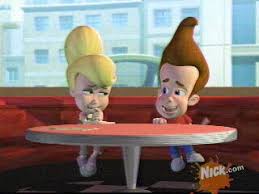 This kid couple started out as rivals due to their intellect. Cindy was the smartest kid in her class until Jimmy came along. Ever since then, there were bitter arguments on who was the more wittier, smarter kid. There were episodes in which they would fall in love or showed them holding hands or kissing, but it was never official. That is until the final episode "Lady Sings the News" confirms it. In the end of the series, Jimmy kisses Cindy in the lips and they walk into the distance holding hands. It's a nice satisfying conclusion to the series. 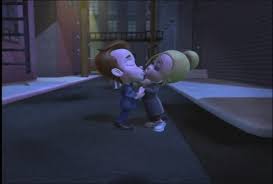 These two teenagers went through thick and thin protecting Amity Park from the ghosts who haunt the town. Sam was always there by Danny's side as he progressed into a more competent superhero. Although Danny had a huge crush on the popular girl Paulina and his arch nemesis Vlad Plasmius' apprentice Valerie Gray, he always had a special place for Sam in his heart. In the TV movie finale, "Phantom Planet", his secret of Danny being half-ghost is revealed, everyone in Amity Park treats him like a hero, and Danny and Sam finally confess their love for one another. 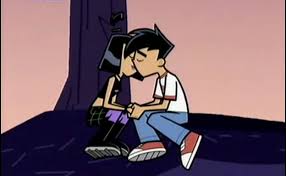 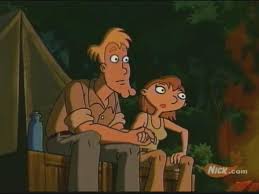 The majority of the couples from Hey Arnold! are either dysfunctional like The Pataki's or The Kokoshka's or non-existent like Arnold and Helga or Gerald and Phoebe. The only couples who are remotely memorable and went through so much are Arnold's parents and grandparents. Deciding on who would be on this list was hard, but I decided to choose Miles and Stella due to all the harsh elements they had to go through in the San Lorenzo jungle and the dedication to not only survive, but to help an unknown civilization from dying from a sleeping sickness. Throughout everything they went through, they still loved and supported each other. When they had Arnold, they left the jungle and became stellar parents. But then, they left their only son behind to do one final mission to help the civilization from dying out. The episodes introducing Miles and Stella are my favorite episodes of Hey Arnold! and I feel that they're a real dedicated couple with everything that had to go through while doing it together as a team. It's not easy.

3. Cosmo and Wanda from The Fairly Oddparents 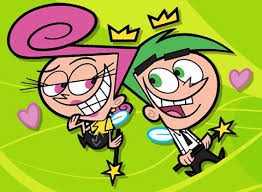 Out of all the couples on this list, they've been married the longest. They've been married for over 10,000 years, have a child, and a godchild. They've been through thick and thin due to Cosmo's moronic ways and Wanda' hard work, little appreciation, and constant nagging. Nonetheless, they love each other and wouldn't have anyone else in the whole world. 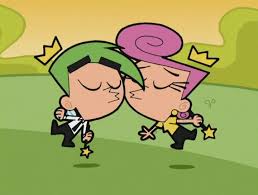 2. Katara and Aang from Avatar: The Last Airbender 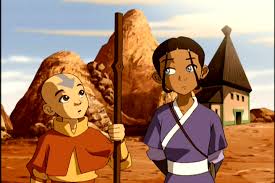 Say what you want about the age difference, but Katara and Aang are a truly amazing couple. At first, it started off with Aang trying to catch up with everything after being gone for 100 years and realizing there's a war with The Fire Nation. Katara was there for Aang in his accomplishments and struggles. Same with Aang when Katara wanted to be a Waterbending Master. Together, their relationship was more mutual than anything since Katara always knew that the Avatar was alive and would bring hope to the world. The first indication of their love started with "The Cave of Two Lovers". It introduced the origins of the city Omashu with a tragic love story of the two first Earthbenders Oma and Shu and the love between Aang and Katara growing stronger. As time went on, many struggles happened to Aang: Appa getting lost, mastering Earth and Fire Bending, having to let Katara go so he can master the Avatar State, and fighting against Fire Lord Ozai. But Katara was always there by his side. In the end of the series, "Sozin's Comet: The Final Battle", it concludes with the war ending, the world starting their first step towards peace, and Aang and Katara embracing and kissing. A fantastic and satisfying ending to a fantastic series. In The Legend of Korra, it reveals that Katara and Aang got married and had three kids. Although Aang is now gone, Katara gives her love and support to the next Avatar, Korra. 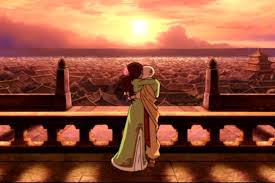 1. Ginger Foutley and Darren Patterson from As Told by Ginger 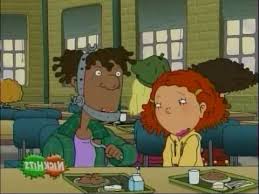 Out of all the couples introduced by Nickelodeon, this one is the most realistic and genuine. Ginger and Darren are next door neighbors and had known each other ever since they were kids. They became the best of friends and did everything together. The first time there was any indication of a relationship between the two was in the episode "Dare I, Darren?" in which Ginger has a dream which involved with her and Darren being a couple. But then that went out the window when Darren tells Ginger that he only likes her as a friend. In the TV movie "Far from Home", Darren finally confesses his love for Ginger and kisses her for the first time. They had since became a couple. But as the episodes progressed, Ginger's friends and enemies become jealous of their relationship and it put in a lot of strain between the two. When they reached high school, they grew farther apart, had different hobbies, and eventually broke up and dated other people. In the TV movie finale "The Wedding Frame", they finally got back together and the epilogue concludes with them being married and having a daughter. It goes to show you that through many ups-and-downs, a couple who were meant for each other will always find a way to get back together. 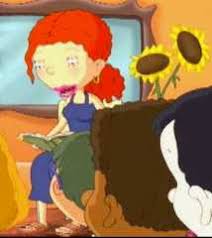 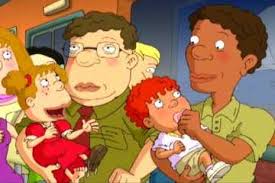 Those are my top 6 Nickelodeon couples. Which couples do you like from Nickelodeon? Post it in the comments below. That's all for now. Hope to see you around Old School Lane soon. Thanks for reading.