Hey there. A few weeks ago, Patricia made a list of the top 10 underrated Nickelodeon shows. Now it's my turn. Here are the shows that I love from Nickelodeon that no one brings up.

This news program starring Linda Ellerbee treats kids with respect telling the news straight forward. Kids back then and kids today don't appreciate this show and don't regard it as one of their favorites. While it's not Doug or Rugrats, it's nice for Nickelodeon to have a show like this. 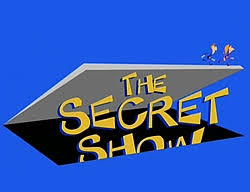 When it comes to Nicktoons based on a parody of a secret agent group, you nowadays think of T.U.F.F. Puppy. However, The Secret Show came out years earlier and has a fast, witty humor and great jokes based on classic secret agent shows and movies. You probably remember this show in my top 100 favorite cartoons of all time and I still stand by it. Check it out! 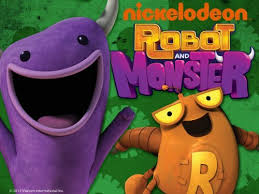 When this show first came out, I thought it was going to be a Fanboy and Chum Chum ripoff. While it does have some similarities, it has some things about it that make it unique and funny. The crazy antics of Robot, Monster, and their friends are always fun to watch. I recommend that you give this show another chance. 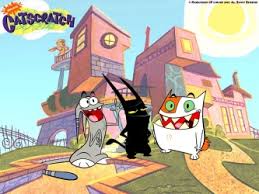 Around 2005, I didn't really care about Nickelodeon as much anymore. Invader Zim was cancelled and SpongeBob and The Fairly Oddparents weren't funny anymore. Then Catscratch came along and made me laugh again. Gordon, Waffle, and Mr. Blik were hilarious and memorable and had the craziest adventures. No one cared about Catscratch when it first came out and people have now forgotten about it. I feel that this Nicktoon is an underrated gem and should be rediscovered for a new, more appreciative audience. 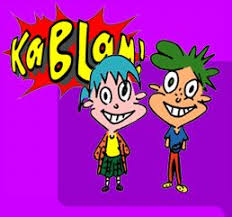 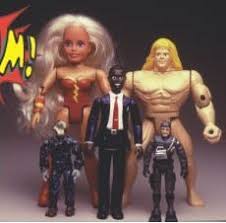 KaBlam! is one of the most underrated Nicktoons that came out in the late 90's. It features Henry and June hosting a variety show of shorts featured with different forms of animation. Out of all of them, Action League Now! was my favorite. A stop motion segment about the worst superhero group of all time saving the world from minor problems. It was clever and hilarious! 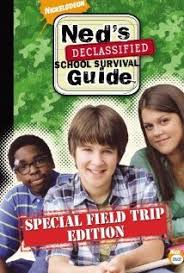 When it came to the 2000's for Nickelodeon, the same lack of quality could be said for the live action shows. Most of them sucked and focused on stupid characters and unrealistic situations. But then Ned's Declassified School Survival Guide came along and it was a huge breath of fresh air. The show involving Ned, Cookie, and Moze learning how to go through middle school was realistic and hilarious at the same time. The tips that you learned from the show sounded like it could work in real life and that's awesome! However, most people at the time were watching Drake and Josh and not this show. To this day, no one brings this show up. To me, it's just as much as a classic as The Adventures of Pete & Pete and it still holds up to this day. 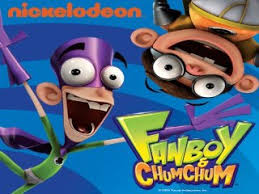 This show looked really stupid at first, but then when I started watching it, I got hooked. It's weird, crazy, has awesome pop culture references, and potty humor. It embodies the classic Nicktoons from the 90's like Ren & Stimpy, but for a more modern audience. It doesn't get the praise it deserves and it should be seeing to be believed. It's really fun!

Here's another Nicktoon that was in my top 100 favorite cartoons of all time and I feel that it doesn't get the recognition it deserves. It involves with Yakkity Yak trying to be a funny comedian. It has funny characters, weird animation, and fast paced humor. When I talk about this show to people, they think I'm making it up. Well, I'm not. You should really check it out! 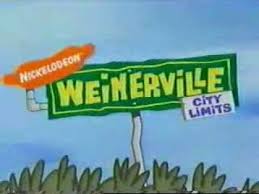 I freaking love this show. Ever since I was a kid, this was one of my favorite shows to watch. The crazy characters created by Marc Weiner, the fun skits, the classic cartoons, and Play Land made this show unique and funny. However when doing this tribute with Patty, I was shocked to learn that no one remembered this show. You really need to see this show to see what you're missing. This is one of the most original and creative shows that had ever came out on Nickelodeon. 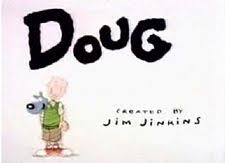 Over the years, Doug has accumulated a lot of hate. I don't know where it came from. One minute Doug was revered as a Nicktoon classic, the next it was hated by pretty much everyone. I think that ever since The Nostalgia Critic reviewed Doug, they followed his opinion of not liking the show and it has spread like cancer. Please people, watch the show for yourself and don't rely on other people's opinions to make your own decisions. Watch this show and you'll see why many people loved it 20 years later. It's funny, relatable, and down-to-earth. Don't watch the Disney Doug. It really sucks!

Those are my top 10 underrated Nickelodeon shows. What shows from Nickelodeon do you feel is underrated? Post it in the comments below. Hope to see around Old School Lane soon.