Time to continue to list off my major influences. If you missed the previous lists, go back and check it out. Until then, let's go! 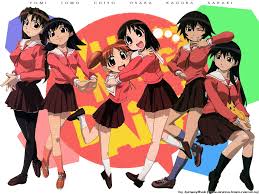 This is one of my favorite anime of all time, easily in my top 5. For those who don't know, Azumanga Daioh is about six girls going through their years of high school. The girls consisting of Chiyo, Tomo, Osaka, Yomi, Sakaki, and Kagura have different personalities, quirks, flaws, and everyday problems. Each of them are very funny, memorable, and relatable. The other side characters such as the teachers are amazing too. The show is very cute, has great funny moments, and has a charm to it that makes the show very timeless compared to other slice of life anime that were popular at the time. I'm looking at you The Melancholy of Haruhi Suzimiya. I never get tired of this anime and I always try to dissect on what makes the show work. Most slice of life anime tends to be too random, too annoying, too unrealistic, too cute, too boring, or too sexist. Azumanga Daioh has a perfect balance that makes this anime an instant classic. 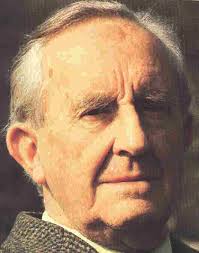 When it comes to fantasy novels, J.R.R. Tolkien is king! The Lord of the Rings and The Hobbit were filled with adventures, great characters, epic battles, magic, and more. I was introduced to the stories by Ralph Bakshi's animated movies before I read the books. Then came the movies directed by Peter Jackson and it changed my life. I would always look forward to seeing the movies with my friends and family. Tolkien took me to large worlds and I never want to look back. 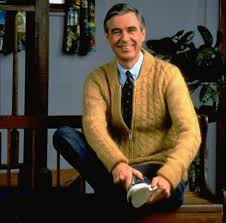 I used to watch Mister Rogers' Neighborhood all the time when I was a kid. His presence and smile was always inviting and he always taught wonderful lessons about being yourself. Seeing Mr. Rogers interact with everyone around him and learning new things was always engaging and educational. He had a love for teaching kids so much that he ran the show until he retired at 72. Years later, he passed away and everyone felt like they lost a special friend, including me. There was a documentary about a person who actually had Mr. Rogers as a next door neighbor that was very charming and he's still regarded as one of the best kids' show hosts of all time.

Oh man, when I first saw the episode in which they riffed The Hand of Manos, I learned that it was okay to make fun of movies while watching it. Some of the best jokes I've ever heard of came from riffs and it was all thanks to this show that introduced it. It got me introduced to bad B horror movies and it got me interested in critiquing a movie or show while having fun with it. It was another life changer for me when I first saw it and I love it! 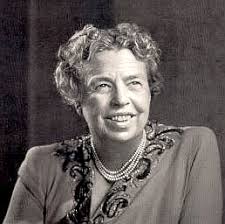 She's another First Lady that I look up to. Just like with Abigail Adams, she was intelligent, well spoken, inspirational, and witty. She was alongside with Franklin D. Roosevelt when he went through his struggles with polio and giving confidence and hope to all the people suffering through the Great Depression. She was one of the women that other women looked up to when being independent from men and has been for many years. I have nothing but respect for her. 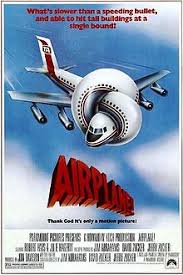 This movie is beyond hysterical and clever! The first "spoof" movie ever made still has that fighting edge years later back when it debuted in 1970. The clever spoofs, inside humor, and funny characters made me learn about the basics of doing an excellent spoof. It's one of the funniest movies ever made and it's one of my all time favorites! 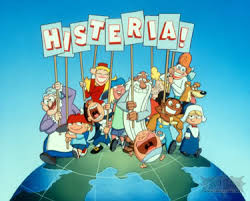 Out of all the Warner Bros. cartoons that came out in the 90's, this is the most underrated. Most people will immediately think of Tiny Toon Adventures, Animaniacs, Pinky and the Brain, or Freakazoid as one of the best cartoons from Warner Bros back then. But I still stand by this show. The show consisting of great characters, great animation, great jokes, and great songs poking fun at history is something truly special. I'm a history buff so seeing something like Histeria is very enjoyable. 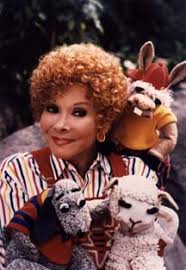 While she debuted in Captain Kangaroo, I first saw Shari Lewis and her puppets in Lamb Chop's Playalong. Her skills in ventriloquism and her personalities that she brought into Lamb Chop, Hush Puppy, and Charley Horse was always enjoyable. It was so fun watching the show when I was a kid and I had gained a bigger appreciation of puppets during the time when puppets weren't used as often. Unfortunately, Shari passed away years ago, but her daughter Mallory continues the legacy of Lamb Chop for a new generation. It's still as popular as ever and I couldn't be more happier! 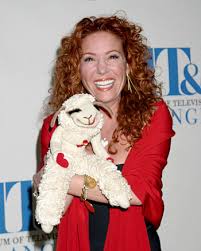 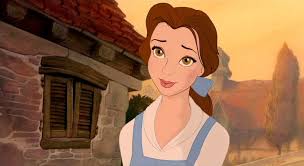 While my sister and my female cousins would say that Ariel or Jasmine was their favorite Disney princess, I would always say that Belle was my favorite. When I was 6, I saw Beauty and the Beast and I immediately loved it! When I owned the cassette tape, I watched it all the time. So much so that I broke the tape due to overuse. There was something about Belle that resonated with me: the fact that she loved to read, the fact that she was looked upon by other people as odd, she was tough, assertive, a great role model, and a sweet person. Not to mention that Beauty and the Beast is my favorite Disney movie ever. That doesn't hurt either. 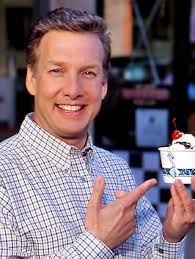 Marc was the first person I remember seeing on Nickelodeon when I would watch Double Dare and What Would You Do? His personality, presence, and humor always got me hooked in watching the shows he was in. As a kid, I always wanted to do the obstacle course alongside with Marc, Robin, and Harvey cheering me on. When he went on the Food Network to do Unwrapped, I stuck around to see him host it. Hey, I loved the Food Network and Marc, it was a match made in heaven! When doing the Nickelodeon tribute, I never thought in a million years that I would actually get to speak to him over the phone. Those 30 minutes was the best minutes of my life! Getting the autograph picture from him was a cherry on the happy sundae! I still love him and support him and will watch anything he's involved in. He meant a lot to me in my childhood and he'll still continue to be an inspiration to me when it comes to interacting with people in a fun way.

We're almost done. Tune in next time as we conclude our list. Hope to see you around Old School Lane soon. Thanks for reading.