I've seen many petitions over the years about wanting their favorite shows back on Nickelodeon or a DVD release. There's a guy who wants a DVD release of Weinerville, there's a dedicated petition of wanting Invader Zim to come back, there's a petition of wanting a reboot of Legends of the Hidden Temple, and there's a website that wants a channel dedicated to 80's Nickelodeon shows similar to The 90's Are All That. In fact, when I was 17, I wrote a letter to Craig Bartlett saying that I'm hoping that The Jungle Movie will be released in theaters. Almost 10 years later, it didn't happen and will most likely never happen. Most people have tried, few have succeeded or even got close to their goal. But there's one guy on the Internet whose doing something a little bit different: compiling videos of former Nickelodeon stars for a documentary. Bilaal Smith has, so far, interviewed Marc Summers from Double Dare, Angelique Bates and Alisa Reyes from All That, and Phil Moore from Nick Arcade. Here's my interview with him. Enjoy!

Patricia- What made you decide to start a petition of reopening Nickelodeon Studios?

Bilaal- It happened late last year. I recently became fascinated with the studio again after so long and so I thought I'm gonna make a documentary discussing the importance of the studio and why it should return. By doing that why not ask/interview former Nickelodeon stars and fans to share their thoughts on video as part of the documentary.

Patricia- For the three people who don't know, can you give a brief explanation of Nickelodeon Studios?

Bilaal- It was a TV taping studio and attraction that resided at Universal Studios in Orlando, FL. A lot of our favorite live action and game shows from the 90's and early 2000's took place inside that building. So much Nickelodeon history there that is quite remembered. 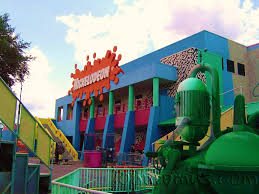 Patricia- Can you explain why Nickelodeon Studios shutdown after 14 years?

Bilaal- Television production in Orlando was no longer active and less people were visiting the studio. It wasn't needed anymore so they decided to close it.

Patricia- What were your favorite rides, attractions, and shows in Nickelodeon Studios?

Bilaal- The game shows! Double Dare, GUTS, and Legends of the Hidden Temple. I also loved the slime geyser and seeing a live taping of a show.

Patricia- How did you get people like Phil Moore, Marc Summers, Alisa Reyes, and Angelique Bates to join you in your cause?

Bilaal- I asked on twitter and also through email.

Patricia- Do you think that if Nick Studios reopened, will it be as successful as it was the first time or was it just a place for kids who are exclusively from the 90s?

Bilaal- I can't 100% say that. The reason I think Nick Studios should come back is so that today's kids could know what it's like to be a kid. I want them to have the same amount of fun that we had when the studio was still opened. For them and even adults to see showbiz being filmed before their eyes was a unique thing and participating in it was a bonus. Even if the project doesn't work out I will gladly accept that and move on and still be proud either way. 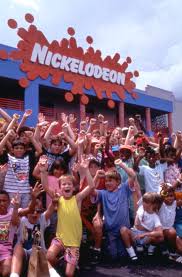 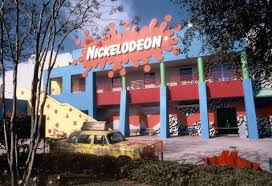 Patricia- What shows, rides, and attractions would you like to see in the new Nickelodeon Studios?

Bilaal- New shows and proper revivals. It would also be fun if former and current Nick stars would guest star on these shows.

Patricia- What are your favorite Nickelodeon shows?

Bilaal- LOTHT, Double Dare, All That, Hey Arnold, Gullah Gullah Island, Are You Afraid of the Dark, The Secret World of Alex Mack, The Wild Thornberrys, Rugrats, Pete & Pete. Just to name a few.

Bilaal- I think the original All That cast and Marc Summers should be the hosts. Guest stars should be the ones who participated in the documentary and current Nick stars.

Patricia- What, in your opinion, made Nickelodeon Studios still an iconic location even after it's been going seven for seven years?

Bilaal- It was the place where Nickelodeon first became a household name. What you saw on TV is what happened in that building. They didn't choose NY or LA to have their studio they chose Florida instead. I think if you were lucky to go to Nick studios (which I got the chance to) you would have one of the best memories in your life. Being able to see your favorite shows being taped or know what film making is like was just awesome. What made it interesting was that the studio produced quality programming and that is something that is desperately needed right now. The dedication to children was the sole purpose of it. "The World's First Headquarters for Kids" was a unique place. Even adults loved it! 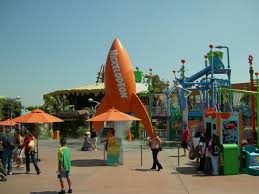 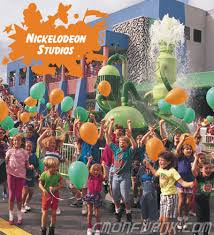 Patricia- What other Nick celebrities would you like to see help you in your cause?

Bilaal- Summer Sanders, the original All That cast, Kirk Fogg, Moira Quirk, Marc Weiner, a Roundhouse cast member, Christina Vidal. I've also interviewed Melissa Joan Hart and Dave Aizer to talk about the studio which you will also see their words inside the documentary.

Patricia- I wish you luck with your cause. I send you my support and blessings.

Bilaal- Thank you so much.

Hey guys, do you want to help in this cause to reopen Nickelodeon Studios? You can! Watch this video and learn how you can be a part of the documentary!

Also follow him on Twitter on b_smith5. That's all for now. Hope to see you around Old School Lane soon.